Fox McHardy leads a charmed life. Puget Sound penthouse, gorgeous boyfriend, jet-setting job -- everything he’s ever wanted, he’s gotten, including the heck out of the small Iowa town he grew up in. Even the trip he takes to Miami to surprise his boyfriend Jeremy is something of a long-shot wish fulfilled.

Until he arrives in South Florida.

Once things start to unravel, they do so with alarming speed, and he finds himself riding shotgun in a rented convertible with his new sworn enemy faster than he can say, “I want my old life back.”

During an unscheduled stop on the cross-country road trip From Hell, Fox passes up a perfectly good opportunity to keep his mouth shut and finds himself planning the town’s first legal gay wedding -- his own, to a man he’s pretty sure he should hate. But someone needs to set a positive example for the queer and questioning youth in this corner of Middle America and, after creatively arranging certain of the facts of his life more attractively, he is proud to offer himself up as a role model.

Small Town, USA, steps up; the grooms are widely celebrated, and generous offers of food, flowers, and picture-perfect venues pour in. The only real challenge will be keeping the lies straight and the truth under wraps until they can get out of town. 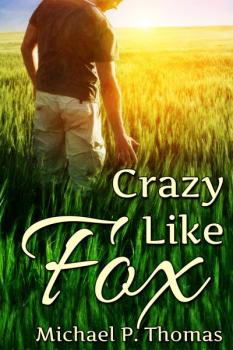 Hectic on a good day, the Miami airport was a scene. A casual glance around the terminal seemed to confirm the rumors that World Wind had just closed its doors without so much as a list of Helpful Hints for its passengers who might have somewhere they wanted to actually get to. Loud, anxious passengers milled around the ticket counters, shouting questions and curse words at anybody in a uniform -- any uniform -- with the misfortune to happen by, but the Authorized Personnel Only side of the counters was deserted. There was not a World Wind employee in sight, if such an animal still existed. It was clear that ground personnel had gotten a much less ambiguous communication from the company than had its crews and, as departure time for World Wind’s usual midday bank of flights to the Caribbean was ticking near, the crowd was growing rowdy.

Passengers were not allowed through airport security without a boarding pass, but uniformed crew members could come and go as they pleased. I couldn’t just stand there, turning in circles and wondering 'what the hell' with the mob of malcontents. If something was happening on the concourse -- like loading an airplane with Seattle-based flight crews, for example -- I needed to know about it. I tiptoed up to the security clearance checkpoint, hoping to slip through; if not unnoticed, then at least unmolested by torch and pitchfork-wielding passengers.

The ringleader of the gang who accosted me was not actually carrying a pitchfork, but the gleam in his eye implied that he fervently wished that he had been.

“Hey!” he yelled. I looked around, not because I didn’t know that he was hollering at me, but because I was hoping to find another uniform -- any uniform -- on which to sic him.

“Hey!” he called again. “You! You work for this piece of shit airline? What the hell are we supposed to do? Where is everybody!?”

I forged ahead. I had my own problems, and even if I wanted to help, what the hell did I know? World Wind had bailed on me, too. I hefted my suitcase up onto the conveyor belt.

“Hey!” he hollered yet again, stepping up to get in my face. “I’m talking to you, the faggot with the big nose! You work here, I know you do. We’re trying to get to fuckin’ Curacao and we need some help here.” While calling me ‘faggot’ is always an effective way to get my attention, it’s a far less reliable way to get my help.

“Someone should be right with you,” I lied.

A chorus of ‘yeah’ and ‘help us’ and, alas, ‘faggot’ rose up from the throng. My suitcase had already slid through the X-Ray machine and I was feet from the 'belligerent jerk-free zone' of the concourse.

“Look,” I said, neither unreasonably nor untruthfully, “I can’t help you. I don’t know what’s going on, either. If I knew anything, I’d tell it to you, but I don’t. All I really do know is that you’re probably not going to Curacao today. At least not on us.”

“Bullshit!” he yelled again. “Then where are you going? Why are you even here? You’re one of them male stewardesses, aren’t you? Why are you here if there’s no flights?”

“The hell you are! Don’t you walk away from me! Get someone out here to help us right now! I demand to speak to the president of the airline!”

Knock yourself out. Demand away. What do you want me to do about that? Like maybe I have his number in my phone? Like maybe he lives here at the Miami airport? Like maybe he’d have the guts to face the people he had apparently not given a shit about stranding, even if I did have a way of getting a hold of him?

“Look,” I said again, in no rush to see understandable anger escalate into unreasonable rage, “I’m sorry.” An engrained response in flight attendants: when all else fails, apologize. “I can’t help you.” (True.) “I would if I could.” (A lie.) “You should take your ticket to another airline and see if they can accommodate you.” (Passing the buck, maybe, but certainly what the smart World Wind passengers were already doing across the system.)

This met another round of grumbling and rumbling and gratuitous name-calling, up with which I was quickly fed. “Look,” I repeated, slipping out of my shoes. “There’s nothing I can do for you.” I put my shoes, my belt, and my cell phone into a plastic bin and prepared to send them through the X-ray.

“Nothing, huh? Those are some pretty nice shoes.”

Fucking right they were nice shoes. Hand made for my feet in Milan ten years ago. Jeremy worked in a pair just like ‘em. I had replaced the soles now twice, but the uppers were as good as new. Better, frankly, with wear.

“I’m not leaving this airport empty-handed,” Angry Man declared, plucking my shoes right out of the bin.

“Dude! Those are my shoes!”

“I owe you?!” I was flabbergasted. “How do you figure I owe you?” I asked, lunging for my shoes.

He pulled back. “What do I care? Somebody fuckin’ owes me.”

“And what about me? You think they’re gonna keep mailing me a paycheck for fuckin’ old times’ sake? I just got screwed out of a job. Give me back my shoes!”

“Boo fuckin’ hoo. Is the faggot gonna cry over a pair of shoes?” Was I being gay bashed, or robbed, or what the hell was going on? I looked around at the gang of spectating TSA employees, just in case anybody wanted to step in and help me out, but there were no takers. One zit-faced punk actually raised an eyebrow at me like, Well, are you gonna cry?

When a side-ponytailed girl in a Baby Phat track suit grabbed for my phone, I had to wrestle it back from her, and by the time I’d chased her off, the Angry Man was gone, shoes and all. I slunk through the metal detector and grabbed my suitcase with a big thanks for nothing for the TSA and made for the World Wind gates in my stocking feet. To turn around and flip the impotent, furious rabble without security clearance the bird would have been supremely immature, and so I shall not admit to doing so. 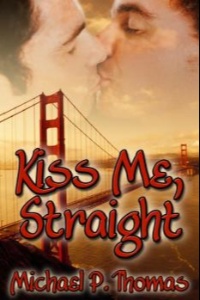 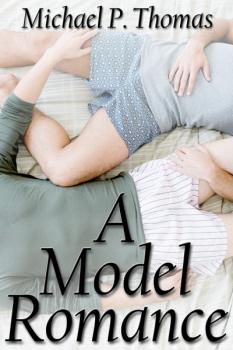