Alice had Nathan pegged as a womanizing jerk, and she would have been right if they'd met a day earlier. But after pledging to be the best uncle of all time for his new baby nephew, Nathan is keen to change his ways. His first step is to quit smoking, and Alice's massages are the secret weapon to keep him on track. Despite his efforts to resist, sparks fly between them. That is, until she discovers he once had a thing with her mum.

Startling family secrets leave Alice wondering if love is nothing more than a fabricated myth, and with troubles of his own Nathan might readily agree. But when the pain of grief is combined with lists for how to manage life, yoga, and a baking contest, it may just be enough to heal their broken, crunchy hearts. 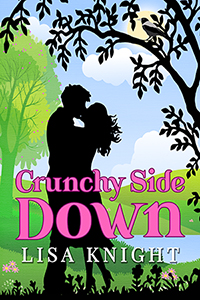 The following day, on an early lunch break, Nathan stood inside the shop holding an enormous bunch of flowers. The shop smelled delicious. What was it Alice had said it was? Lemongrass and something. He looked around at the various lotions and oils available to buy, as well as a whole bookshelf full of titles urging him to be calm and centered. He didn't even know what that meant.

Sitting seemed like a good option given how tired he was after the events of the past few days, and he sank down into a gray, leather chair, happily finding it obscenely comfortable. Giving into the heaviness of his eyelids, he relaxed further, letting the gentle music that he hadn't noticed before wash over him.

The voice sounded too far away to be for him, and it must have come from another room. God, he was tired. After the debacle of Friday night at the pub, followed by no sleep, Daniel's birth, and Celina's emotional state, he was done for. Surely no one would mind if he sat there another minute waiting for Alice.

What seemed like thirty seconds later, with the distinct feeling of being watched, Nathan jolted upright. Alice was staring at him, standing with her back and the sole of one shoe against the wall. He blinked a few times, desperately fighting off fatigue, and sighed in defeat at the amusement she did nothing to hide.

"Who are the flowers for?"

Despite the huge smirk on her face, which he knew he absolutely deserved, she was somehow lovelier than he remembered. The light brown hair that had before hung in loose waves around her shoulders was tied back today. Those amazing, chocolate eyes were not taking shit from anyone, especially him.

It took effort to get out of the chair, which he'd somehow sunk even further into, but he finally got to his feet and held the bouquet in her direction. "They're for you. I was out of line when we met and…I'm sorry."

Her take-no-crap gaze went from being entertained to suspicious in the space of half a second. He ground his back teeth together, not used to having to work this hard to impress a woman. Not that he was trying to get Alice into bed. This was nothing more than a peace offering.

Pushing herself off the wall, she took the three steps that separated them as cautiously as an animal entering enemy territory. But with the flowers in her hand, she surprised the hell out of him by burying her face into them, inhaling deeply as though they were the most luxurious scent of all time. He uttered silent gratitude to the florist who'd upsold him to the bigger bouquet.

When Alice came up for air her smile was the best thing he'd seen all day. "They're beautiful. Thank you. But now I feel guilty because we've been laughing at you for the past twenty minutes while you slept in the chair." 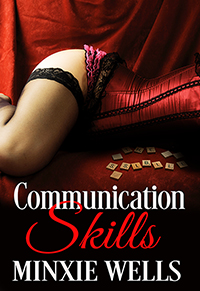