‘CUPID’S TOUCH’ is the latest release from international bestselling author Alex Anders and is for those who love short novels where quick-witted women are romanced by the funny guy that you can’t help but love. This book was previously released as ‘Fixing Cupid’.

* When Ben Bonner 'breaks' Cupid (Jack) it is up to Ben and his would-be love to fix Cupid so the world can fall in love again.

Ben Bonner is a catch. He’s a successful lawyer and he has great friends. But what he wants most is the one thing he can’t find, love.

Ben’s female best friend Carey has a plan. There’s an urban legend that says that whoever lives with Jack, a middle-aged party animal, will immediately find the love of their life. And as luck would have it, Jack is now looking for a roommate.

It works. Jack is the modern day Cupid. Ben meets Anna Henderson, a smart, beautiful, quick-witted woman who takes Ben’s breath away. Ben is in love. The only problem is that Ben ‘breaks’ Cupid before Anna can fall in love with Ben.

So now with more than just his love life crumbling around him, Ben must win Anna’s heart so that together they can; fix Jack, help the world to love again, and just maybe, live happily ever after. 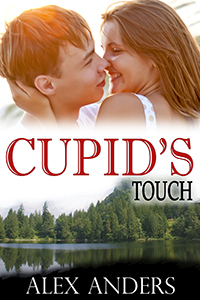