Her trust in men is sorely blighted by past experience. He can't understand what's holding her back.

Bronwyn's trust in men is sorely blighted by past experience. She's been burned once before and has no desire to go through that again. But when she meets Jessie, the chemistry between them is electrifying. Immediately, the barriers come up, and she refuses to even consider any kind of relationship with him.

Jessie is confused by Bronwyn's resistance, because it's very obvious that she's attracted to him. So what's holding her back?

Slowly, he begins to win her over. Then her ex-boyfriend turns up, determined to hurt her, and Jessie fights to save her life, determined for them to have the opportunity to give their love the chance it deserves.

Yep, sometimes fantasies are all a girl is gonna get.

Bronwyn had declared her hand by admitting she was attracted to Jessie. She hadn't meant to, but the words had slipped from her lips. With each waking moment she could feel her control slipping away, and she was trying so desperately to cling to it that it was exhausting.

Throughout the day they caught each other's eye a few times, but there was work to be done. They worked together in silence side by side. Just being next to each other was fraught with sexual tension, and Bronwyn breathed a sigh of relief when he went back to court.

The atmosphere between them was draining, or was it just that she was tired? She hadn't realized how tense her body was until she rotated her neck, trying to ease the stiffness that was building. She closed her eyes for a moment.

She opened her eyes to Dianne's worried expression.

Bronwyn thought that she ought to tell Dianne about last night. What will I do?

"Yes, it's been a long week," Bronwyn conceded.

"So it had nothing to do with the bottles of wine we consumed the other night?" Dianne raised a nonchalant eyebrow as Bronwyn nudged her with her hand.

"Humph, no more alcohol for me…ever." She laughed.

"Are you going to be home tonight?" Bronwyn asked.

"No, Jonathan and I are going to his beach house at Nags Head."

"Is this getting serious, or are you just playing?"

Her friend looked for a split second before she smiled and Bronwyn knew it was serious.

"Do you know what? I think he just might be the one." Dianne sighed.

Jessie leaned against the wall of the elevator. His work in court had taken longer than he'd anticipated. He glanced down at his gold watch, shocked to see it was almost six. Judge Thornton had presided today, and he was a hard man to convince about anything. However, today he had ruled in Jessie's favor.

He pulled his royal blue silk tie away from his collar, opening the first two buttons of his white shirt. It had been a long day, and he just wanted to drop the paperwork off at the office and then go home. Thinking of his apartment overlooking the Potomac River with its magnificent views, he smiled with satisfaction. He'd bought it when the prices were low, and now it was worth much more than what he'd paid.

At the moment Jessie was frustrated with his life, the main bone of contention being one little, curvaceous woman who almost had him pulling his hair out. The loss of control he felt around Bronwyn was humiliating. He was a grown man. At thirty-two years old he was well past the time in his life where a woman should affect him this much.

They'd been tiptoeing around each other all week, and it was exhausting. Every time he went near her, she blushed, and whenever his hand touched hers in passing, she trembled. What was it she called it? Sexual attraction?

He grunted. It meant more to him than a one-night stand; he had never felt this way before. The need for her was embedded in his mind, even taking over his body.

His mind focused on the way she moved. Despite her rejection of him, he couldn't help but remember the way her gorgeous little feet felt. Her legs in stockings were enough to send a man to heaven and back. He could only imagine what her breasts would be like. He shook his head. Damn, he cursed himself as a slight readjustment to his trousers was necessary to accommodate such thoughts. He had to do that too much of late.

The expression in her eyes seeped into his soul, embracing a warmness that invaded his whole being. He couldn't understand it. Requesting Bronwyn be brought in to help was the biggest mistake he'd ever made. He must have been mad to think he would be able to resist her temptation. For the first time in his life he found his concentration wavering. When he wasn't near her he spent his time wondering what she was doing. Did she think of him the same way? 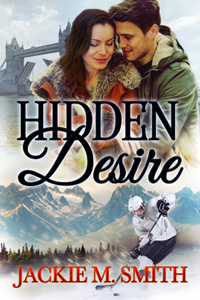 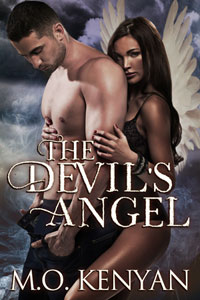