Julietta’s life hasn’t been easy, but she’s refused to let it get the better of her. After her fiancé beats her, she leaves him, vowing to stay single for the rest of her life. But that was before she meets the beautiful Russian, Daniil.

Daniil Mikhailov is perfectly happy with his life. He rules his world, and a good portion of Sydney, with a ruthless iron fist. After being orphaned at an early age, he has nothing to lose and has used that to get where he is in the criminal underbelly of his home city.

After a chance meeting, Daniil can’t get Julietta out of his head. When he realizes trouble seems to follow the beautiful woman, he takes on the task of keeping her protected. Then others notice his infatuation with her, and he realizes he’s now the reason trouble is coming her way. Can he continue to keep her protected? Or is he destined to lose her, no matter how rich and powerful he is?

More From Kings of Sydney

With a growl, Daniil frowned at the two men who'd just slipped from their stools and left the bar. He hoped he'd misread their intent, but he doubted it. His little purple-haired surfing photographer had strolled past a few moments earlier. He really should have asked her name when he'd bought that photo from her two months ago. He'd seen her many times since but always stayed far enough back no one would realize he was watching her, including her.

Like tonight, he'd seen her down on the beach taking photos of the tower. After watching her work for far too long, he’d come up here to one of the many bars to get a drink and perhaps relax a little. His obsession with this girl was strange. He'd never felt the need to keep watch over a woman before. In fact, he couldn't recall an occasion when he'd put this much time into watching anyone, at least, not someone that wasn’t related to a job. He knew he was bordering on stalking her. However, he couldn't seem to help it. Trouble seemed to follow her, and only last week he'd had to scare off a would-be-attacker when she was taking photos down the coast. The woman seriously needed a keeper. He couldn't understand how she'd survived this long in the world and remained so naive and well, sweet. She was special, no doubt.

That was why he couldn't claim her for himself. She was all things bright and sunny in the world, while he lived in the darkness of the shadows. He'd never minded before, but over these past two months he'd begun to wonder what it would be like to have a woman of his own. Maybe even a family. But that would give him a major weakness that would leave him vulnerable. He shook his head. No, he would simply continue to guard her from a distance when he could.

Downing the last of his drink, he moved from his place at the bar and headed in the direction the men had gone. Apparently, his night was going to end with a little wet work, because if those two assholes were going to make a try for his little surfer, he would intervene and make sure they were unable to try it on her again.

He was far enough behind them he easily blended into the shadows to follow them past the bars and into the quieter back streets. Daniil shook his head as the woman strolled along, oblivious to the danger prowling after her. Where was her man? He couldn't understand how any man who had a woman as pretty as she was would ever let her out unguarded, especially at night. Yet, all the times he'd seen her or followed her, he'd never once seen her with a man. Perhaps she had left him, or he her. Although he doubted the latter. Daniil had been tempted many times to dig deeper to obtain more information on her, but that would raise flags and put her in too much danger. Unless he was willing to claim her and put a guard on her around the clock, he couldn't afford the fact she held his attention to be known.

She turned down a side street, and while one man followed her, the other crossed the road and jogged down the opposite side, before returning to her side of the road and coming back toward her. Daniil was still a way behind them and knew he needed to quicken his pace if he wanted to prevent her from coming to any harm. Before he did, he pulled his phone and sent a message to his most trusted associate, his right-hand man and close friend, Viktor, telling the man his location and that he'd need a pickup ASAP. When the return message came back with an ETA of five minutes, he picked up his pace as much as he could while remaining hidden in the shadows. When the men cornered her and herded her out of sight, Daniil broke free of the shadows and ran on silent feet. As he moved, he pulled his gun, quickly attaching the silencer. Even with the silencer, a gunshot would still draw attention if he was forced to fire, so he also grabbed his knife from its holster and hoped he could get the job done using only that. Fortunately, he'd been working earlier so he had the weapons on him. Australian gun laws were tight and he didn't risk carrying often, but today's job had required it, and since he hadn't been home yet, he still had his equipment on him.

When he got within feet of where the trio had disappeared, he moved back into the shadows but didn't stop moving forward. He could hear her sweet voice laced with fear, along with the gravelly, cocky voices of her would-be attackers. He slipped around the corner and barely held in his growl. One man had her held against his chest. He held one of her arms twisted behind her back at a clearly painful angle, while the other palm was over her mouth. Tears glistened in her eyes, and her chest rose and fell rapidly. She was panicking, with good reason. The bastard holding her was whispering in her ear, while the other asshole came at her with a knife, holding the thing up to make sure she saw it. Her eyes were wide, and her gaze was focused solely on that blade. 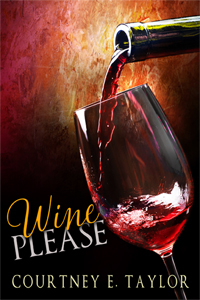