Leah and Kiyoshi have been inseparable since they were children. As best friends they turned into lovers and eventually soul mates. Life was beautifully simple until Kiyoshi had to go back to Japan and become heir to the same aristocratic family that disowned his mother over 20 years before for marrying his American father.

Even though Kiyoshi brings Leah to Japan with him, the distance between them is growing ever wider. Confused, lonely, and abandoned Leah runs away from her beloved, only to have Kiyoshi catch her and force her back into her pretty cage. Soon familiar arguments turn into blazing passion as they seek to find their way back home in one another’s arms. . . 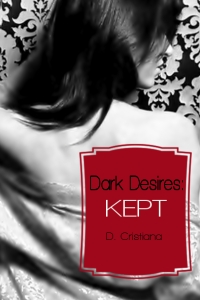 He had caught her at the airport.

Leah had just gotten out of her chair to line up for departure when she saw him standing there, flanked by her bodyguards and three more underlings. Shock painted her face white while perverse relief pounded blood thick in her chest.

He came for me.

Furious with her weakness, Leah jutted her chin and pretended to ignore his presence. When she took a step towards the line, Kiyoshi stalked forward and grabbed her arm.

“We’re going. Don’t fight me and just be a good girl. I’ll deal with you when we get home.”

Leah kept her head up as he walked them out. Part of her raged at his high-handedness while the other part of her purred. Something strange responded to his commands and always had. It had been their way, paving the way from childhood bossiness to sexual domination. Unfortunately, his aggressiveness towards her took on a different color once arriving in this very airport.

All the thoughts she had of them being together, united against the world, disappeared when she realized Kiyoshi—despite his towering height, broad physique, dark brown hair, and exotic eyes—was more like them and less like her. Isolated, stranded in a world full of contradictory customs, Leah quickly viewed her existence as extraneous.

So she wanted to leave.

Now with her back against the wall, legs wrapped around his lean hips, and arms fused to his shoulders, Leah found leaving him to be impossible.

Kiyoshi’s cock tunneled her thoroughly. His teeth sank into her neck. Anytime she wiggled harder than he deemed necessary, Kiyoshi bit harder.

“Yoshi!” she cried in plaintive need. “That hurts!”

He dug his fingers into her thighs. His teeth retracted from her flesh long enough to mutter, “Good. Maybe next time you won’t be so stupid as to run from me.”

Leah’s pussy tightened around him. The drugging combination of his viciousness and familiarity did terribly wonderful things to her.

“You like that, don’t you?” Male triumph spiked his words. Kiyoshi slowed his punishing thrusts. He licked her shoulder, paying special attention to the spot made red by his bite.

“I don’t know what you’re talking about.” Leah’s breathless reply did nothing to convince him.

He was right. She did know. She really, really did.

Leah got off on her darling, beloved Kiyoshi fucking her like he hated her. Misplaced and misunderstood, this lust for his cruelty made her wonder if all their problems really were her fault. After all, she was always happiest being the object of Kiyoshi’s sole attention. That wasn’t possible anymore unless she angered him by pushing all his well-worn buttons.

Maybe it really is me. Maybe I’m the one who’s messed up in the head.

Kiyoshi walked them over to the couch. His grinning face loomed as he settled her on her back, legs dangling over the edge. “If I remembered how perverted you were I would’ve had you naked first instead of raging at you for half an hour.”

Leah kissed him roughly. She clamped down on his cock harder. Mewling and panting like a bitch in heat, Leah rocked her hips against him. Excitement curled as Kiyoshi responded in kind.

Each thrust brought her closer. Leah’s stomach clenched as the liquid pull of orgasm tugged harder. Kiyoshi lifted her leg higher. His hand snaked between them to play with her tender nether lips. His fingers ran their length, rhythmically squeezing and pushing them against his cock. Leah gasped her need, blushing in embarrassment but strident nonetheless.

Kiyoshi smirked before settling his hand around her neck. “Like this?”

“You’re mine, do you understand?” Kiyoshi tightened both sets of fingers. His brilliant stare bored into hers, imprinting his will with seductive ease.

Leah babbled her agreement. Her legs flopped on either side of him.

Kiyoshi moaned in bliss. He pulled his cock all the way out before slamming it back in again. The sensation of his fingers keeping her pulled open thrilled Leah.

“There’s no where you can run that I can’t find you.”

She gripped his face with both hands. Kissing every part of him she could reach, Leah’s tension faded with each growing connection between them.

“I’ll tear this world apart, mi amor, before I let you disappear. Do you understand? Tell me you do.”

“I do. God, I do!” Leah planted her feet on the ground. She arched against Kiyoshi, feeling her body hovering, ready to fall in ecstasy.

He smoothed his fingers over her swollen clit, knowing how close she was. Leah jerked against him once more before surrendering. Kiyoshi swallowed her euphoric cries, kissing her beautifully even while tightening his grip on her throat. 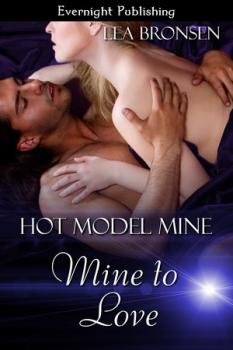