Dark Side of the Moon

Recovering from a near fatal injury, vampire Harley Scott just wants some peace, quiet and a long night filled with darkness. The wilds of icy Canada sounds like the best place to make that happen-- if he can make it past blizzards, werewolves, and -- oh, yeah, a death squad of fellow vampires on his trail. 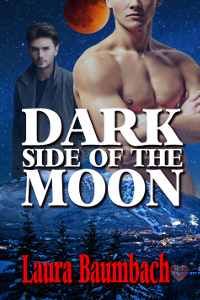 Dark Side of the Moon

The thrum of the diesel truck wound down to a low hum then sighed into silence. Only the fierce whine of the winds blowing around the high cab filled the night air. It was cold and bitter and the last thing Harley Scott wanted to do was uncurl from his warm leather seat nesting spot against the thick passenger door.

He shouldn't be bothered by the cold, or the long hours riding across the frozen Canadian territories in a loud, vibrating semi, but little things bothered him lately. Lately, as in since he got shot in the head a month ago. What was supposed to be an ordinary one night stand for sex and a snack turned out bad. It was just going to be a few hours with a new john who had bought Harley's willing body for the night. Unfortunately, the sadistic john enjoyed himself so much, he decided he wanted to act out his own snuff film with Harley as the snuffee.

Harley had shrugged it off at first as what you get when you're into blood sports. What's a little strangulation to a vampire? He didn't need to breathe. But he hadn't expected the gun. He did need all his brain cells intact.

Harley had suffered life-altering, lasting effects from the head wound, but at least he still existed. The john had actually suffered a heart attack and died. Must have had something to do with Harley regaining consciousness after the bullet penetrated his brain and sitting up to swear and curse out his shooter. Or it could have been the fact that he had done it in full vampire mode with fangs extended, eyes glowing and the primal animal need for restorative blood taking hold of the moment.

Except that the man's blood, no matter how much Harley had taken, had not restored him. Not by much. Nothing had since then, either, and word of his injury had spread throughout the tightly monitored vampire community he had been taken into at his conversion. The elders now labeled him defective and crippled, unfit for continued existence.

They never had been happy that he continued being a hustler and a whore after being made into a vampire. He'd given up on his dream of a regular life and a family when he became a night creature. His decision to stay in his old hustler's lifestyle was an element that gave him a sense of security and comfort amid the many changes he was forced to endure. He found it an easy way to make money and feed without detection. The elders found it degrading and unnecessary and not to be tolerated, especially from a 'defective' vampire.

Which was why Harley was on the run, trying oh so hard to elude the two Eliminators on his tail.

Which was also why he was sitting in the cab of a semi in a small and garishly lit truck stop on the way to somewhere isolated and unattractive in a dark, frozen wilderness. Somewhere the Eliminators wouldn't look. Even Harley didn't have any idea where he was just now.

One glance at the overweight, pockmarked trucker beside him and Harley quickly averted his glance to the wide windshield and checked out the sky. It looked like dawn would be approaching in the next hour or so. He couldn't rely on his senses to tell him when morning was nearing anymore. It was all a crapshoot now. Being in a strange place, traveling nearer and nearer to the territories where three months were in almost total darkness made it even harder to judge sunrise.

Slipping into his completely inadequate leather biker's jacket, Harley cracked the heavy door open and slid to the ground before the trucker could comment or protest. He nodded at the guy as he pulled the small duffel bag off the cab floor and out of the truck. It didn't hold much.

"Thanks for the ride, Sam. It's been a pleasure." Harley knew his voice sounded sincere. He'd had decades to practice. Whether the john had been any good or not, it paid to make them think they had been. It increased the tip sometimes and made for repeat business. In this case, Harley hoped he never saw the sweaty, bloated man again.

He nodded toward the brightly-lit cafe a few hundred feet away. "Any idea where we are?"

The harshly blowing wind whipped up and nearly tore the door out of his hands. "Damn it!" Harley tugged the door closer to his body to block the chill and waited for Sam to say something so he could move out of the weather and into the building.

He really wanted to be somewhere safer, but right now just dark and warm would do. The vampires following him might be close, but the sun was even closer. In his present physical condition, even the weak rays that cut through this thick, swirling snow would do irreparable harm.

Sam eyed the cheery cafe and then shrugged. "Nah. I usually just sleep at this stop. The regulars here are too talkative for me. I like peace and quiet."

Since all Sam had done since Harley got into the truck cab was talk, the declaration surprised him, but he didn't waste much time thinking about it. It was too cold and he was too tired to care. "Where did you say we are?"

"You're just outside of Ross River. I'm heading west to hook up with the Interstate 2 then hitting Dawson. Got a load to deliver and one to pick up. You're welcome to make the trip." Sam leered in what Harley knew the man thought was a seductive grin. The smile showed every one of the man's tobacco-stained teeth and twisted his two-day chin stubble into a grizzled, knotted nest. "The toll for riders ain't that high, if you get my drift." The trucker winked and Harley felt his stomach roll.

He could avoid having sex with the man, but even the taste of Sam's blood wasn't something he wanted to repeat. He just wanted to be far away from everyone right now. He gnawed on one of his own knuckles until it bled, then sucked on the torn flesh and thin blood, hoping to make the nausea and faint hunger go away. 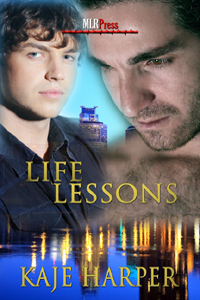