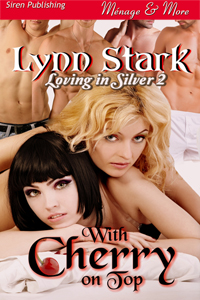 Paying Their Piper with Passion and Love (MMF)
Lynn Stark
In Shelf
$6.99

Colt Redford had three photographs on the desk in his realty office. One was of his mother, a woman whose absence from his life left him aching. The second was of his father, the man who had helped shape him into the man he was today. The third photo was of two women who meant everything to him.

A man very used to order and control, Colt was suffering from a very bad case of confusion and helplessness. Bliss and Clarissa had been a part of his life for several years now. They had been his submissives and the three of them had enjoyed a very satisfying D/s relationship.

It had gone on far longer than he had intended and he had certainly never expected to fall in love with the two women. The fact that he loved them very deeply wasn’t the problem. It was what he should do about it.

While Colt had been happy to let their relationship continue on with few if any changes, Bliss and Clarissa had come to a point in their lives where they wanted more for themselves and for him. They wanted marriage and babies and the very idea of it scared the hell out of him.

He was embarrassed to admit it even to himself, but he had never given any thought to being a husband and a father. Somehow that concept had never entered his head for consideration. He didn’t want to lose the two women, and would marry them without hesitation. It was the fatherhood part that was leaving him feeling helpless. What kind of father would he be? His father had been a very stern man, but loving in his own way. His mother had added softness and an open heart, giving him his ability to feel compassion toward others.

Growing up as the child of wealthy parents had had its perks. Colt had never wanted for anything. He knew the very best of everything from the beginning, from the socks he wore to the university he attended. His parents had pushed him to find himself, rather than simply being an extension of them. Years away from home had done what it was meant to. As he learned about the world he had learned about himself and what he wanted. He never lacked confidence, had never felt it waver.

Until now. What the fuck was he going to do? Colt asked himself as he rubbed his hands over his face in a weary gesture. He could marry them. Being their husband was something he would never regret. He loved them so much that this disharmony between them was a physical pain. But what if he married them and he found he couldn’t give them the children they wanted? They would never forgive him for that.

No, he had to be certain he made the right choice. The fact that they had been waiting months for a decision and the looming, unnamed deadline were now adding pressure. He owed them a decision before it was too late, before he couldn’t go back and make it right, before he lost them forever.

That very thought chilled Colt to the bone. He couldn’t lose them. So why couldn’t he just accept the fact that he would give them children and be done with it? Everyone would be happy. He would have them and they would have the babies they desired so much. Still, something was holding him back and it just wasn’t wedding rings and babies.

When his office assistant buzzed him Colt took a deep breath and expelled it slowly, allowing some of his tension to drain away. “Yes, Ms. Jersey?” he asked as he pulled out his planner and opened it. He reached for the pen and began making entries as he waited for the woman to respond. Some days she just irritated him beyond belief. “Ms. Jersey, please speak.”

“I’m sorry, Mr. Redford. Perhaps you could step out for a moment?” The woman’s voice sounded strained. For being such a stern woman most of the time, it always amazed him how flustered she could get by the simplest things. “Please?”

Colt’s eyebrows lifted at that. He hung up the phone and rose from the black leather executive chair to walk around the desk and toward the door. When it swung back he saw what was in the room beyond, where the agents’ desks were situated, he stared in shock at the most gorgeous Friesian stallion standing there in the aisle between the desks. The animal tossed its head and snorted. The hardware on his halter jingled. The man holding the stallion gave Colt a look which was rather helpless. Yes, he knew that look. He knew the cause, too.

God, he hoped the woman didn’t faint. He didn’t really want to deal with it.

“Of course. I would not have expected anything less.”

Taking the card she held out to him he opened the heavy vellum envelope and withdrew the card. Opening it, a smile pulled at the corner of his mouth.

We believe our gift to you deserves a proper thank you.

Colt turned as Clarissa entered the room. He motioned for her to move to the place beside Bliss. “Stand here.” She put out her hands as he offered the black box. He watched as her fingers trembled as she pulled the bow, releasing it. A moment later she was moaning her pleasure at the sight of the nipple clamps.

As Bliss had done, Clarissa admired them for a moment before returning them to Colt on upturned palms. He removed the clamps and discarded the box. Then he was caressing her soft, round breasts, admiring them. They weren’t perfect, but he had admired them from the first. Creamy white skin covered them. He could see the veins under the skin. He traced them with his fingertips before teasing turgid pink nipples so they crimped into puckered little peaks. A low moan escaped Clarissa’s lips as he attached the first clamp.

The jeweled weight pulled the point down, increasing the pain/pleasure Clarissa was feeling. A glance at her face told him she was enjoying it. Her eyes were closed, long, thick lashes a curved sweep against her flushed cheekbones. Her ruby lips were parted, her breath sucked between as she began the journey. A moment later there was a slight upward curve to her mouth. Colt attached the second clamp and bent down to swiftly kiss her mouth as she sucked in her breath as her awareness increased.

Walking away from his two subs he went to the elegant Victorian-era sideboard to pour himself a measure of whiskey. As he turned he admired the two women with an appreciative gaze. Returning to them he remembered the other gifts. A bit late, but not too late. He smiled to himself as he picked up the purple lace thong.

“Bliss, to your feet. Clarissa, put these on her.”

Lust shot through him as he watched the scrap of fabric slide into place. Colt thought it odd how little could do so much. It framed Bliss’s shapely buttocks. They had plumped during the past couple of years, adding more shape. His mouth watered as he admired the twin mounds of white flesh and the purple lace curving over the top of them.

“These are for you,” Colt said, handing the scrap of white silk to Clarissa. His gaze followed every movement as she stepped into them then pulled them up along her slender legs to cover the smooth velvet skin of her pretty pussy. “You’re both beautiful,” he told them in a husky voice. He wanted to punish them for their joke, but he didn’t know if he would manage to last that long. Moving to a leather wingback chair he sat down and set his drink on the nearby table. He loosened his gray silk tie and pushed back his suit coat. “Bliss.”

They had been together so long she knew what he wanted. Colt undid his belt and unzipped his slacks. It took some doing, but he soon had his cock out. There was some relief as it hit his belly. As Bliss reached him he helped her drape her body over his lap. Pre-cum leaked from the slit of his cock and onto his shirt as his own excitement began to build.

The moment Colt’s hand made the stinging connection with Bliss’s ass she began to count. Each time her body jerked his balls tightened. Pre-cum was leaking freely from his cock. He had gone without this pleasure too long. With his cock trapped between his body and hers he knew it wouldn’t be long before he came, if he didn’t get himself under control. Taking a deep breath he closed his eyes and counted.

Bliss moved off his lap to kneel with her back to Colt in a submissive posture, her hands locked behind her neck with the gold and diamond handcuffs. His gaze raked over her, from the beautiful red-gold hair streaming down her back, to the glowing red handprints on her shapely ass.

Clarissa draped herself across his lap and within moments he was delivering her punishment as she counted each time his hand came in contact with her silken skin. She jumped and moaned before she caught herself. His cock pressed against her body, wanting its own satisfaction. When he finished she crawled off his lap to kneel at his feet. He looked at her bowed head, the rigid nipples between the clamps, and the sparkle of the diamonds as the pendants moved in the light from the lamps.

Spreading his knees, he grabbed the base of his cock and stroked. “Bliss, come here.” She rose on her knees and turned with practiced ease, her hands still locked behind her neck. Her breasts jiggled, the nipples hard peaks. The natural breasts were still firm, their tips pointing slightly upward. They were darker in color than Clarissa’s, with more of a copper hue to the pink. His mouth watered. He loved their breasts and each time he suckled at them his cock and balls would jerk with pleasure. “Suck my cock.”

Red, red lips stretched over the wide, mushroom-shaped head of Colt’s cock. He watched from beneath heavy lids as Bliss began to suck on the head, her tongue swirling around the flared rim with great skill. The tip of it stroked the sensitive plane beneath, rubbing vigorously, which sent sharp jolts of pleasure shooting through his body. He felt his balls tighten as she traced a heavy, twisting vein. It took every bit of willpower he had not to come at that moment. 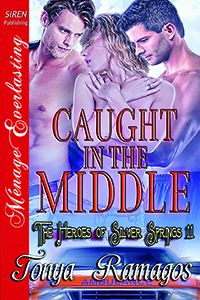 Caught in the Middle (MFM)
Tonya Ramagos
In Shelf
$5.99 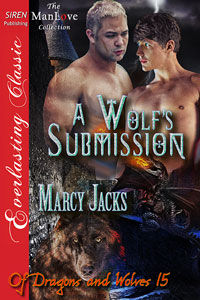 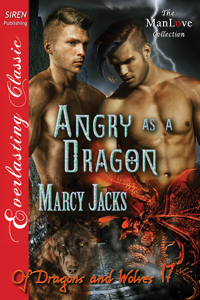 To Love a King (MM)
Stormy Glenn
In Shelf
$4.99
Tweets by
sirenbookstrand