This third gay male mystery adventure novel of Clint Folsom, NYPD homicide detective, takes Folsom on a vacation to the "everything goes" paradise of Key West, Florida, to visit the movie producer who had been his first lover. Folsom is still en route when his memories begin to catch up with him and he becomes embroiled in murder and big-ticket crime. Once having fallen into his movie world past and only in channeling back to the summer of his sexual initiation to dredge up his first lover's advice to always look for the connections and question whether everything is what it seems can Folsom begin to unravel the crimes blossoming around him and bring closure to his prior life. 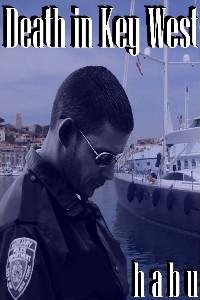 The tour of the yacht was short and incomplete and led quickly to Theo Kline's massive, luxurious stateroom.

"It's been a long time, Clint," Theo murmured, as he pulled away from the gentle kiss he gave me as we entered the stateroom, followed by Jerome, who entered also and shut and locked the door and then turned and leaned his back against it.

"Do you mind . . . for old time's sake," Theo whispered in an already-lust-filled voice. He was gesturing to the hulky Jerome.

"No, not at all. I don't mind at all," I answered in a voice that was as hoarse and thick with arousal as Theo's was.

Theo sat, naked, and pulling on his massive cock, in a lounge chair near the bed as Jerome slowly stripped me and then himself and, laying me gently on my back on the bed, came between my spread legs and began making slow, languid love to me with his tongue and his hands, moving from my head, down my chest and up into my pits. And then he knelt between my legs and sucked my cock and balls. When I was melting and moaning he began tonguing my entrance to preparation as Theo sat and watched us with hooded eyes and slow-pumping hand.

"Now," Theo said. And that single word jolted me to the depths. The memory of it and what always came after it. I was panting for it even while the black heavily muscled bulk of Jerome rose up between my legs and made room for the approach of Theo.

I cried out in ecstasy as I widened my stance and willed my channel to open to receive Theo's thick rod as it slowly filled and moved deep inside me. And then he was pumping me hard and fast in remembered consuming rhythm as virile and strong and compelling as he ever had done. And I clutched at Theo's Zeus-thick, but muscled waist with my hands and began moving my hips with the pistoning of his pelvis and giving in and giving up and giving out, wildly moving with the fuck and letting myself go. My whole being concentrating on how it had been that first summer and how completely and well Theo had mastered me in the fuck. 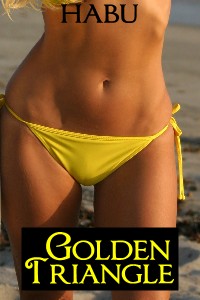