Blurb HERE (not a synopsis):

One man and one woman, both on a collision course with a mad bomber and the past.

Alice Mackay is driving herself into an early grave. Business is booming, in more ways than one, and she can’t keep up with the calls. When she decides to place an ad to attract an ordnance tech who can handle disarming alien bombs in space and on other worlds, she gets is a cocky Terran Marine instead, the opposite of what she think she needs. He’s got charm in spades, but it doesn’t help that he’s also run off all her other eligible candidates. Now she’s stuck with him, and that’s not good when she’s sworn to remain celibate for the rest of her life. What scares her the most, is the man is capable of knocking down every wall she’s build around her heart. When you’ve loved and lost, sometimes you don’t have the strength to do it again. Alice knows if she doesn’t get involved, she won’t get hurt when something happens—and something always happens. But Boomer is addictive and soon she finds herself over her head in an ocean of suppressed emotions and ready to sink deeper.

Boomer has been sent to Trios Port City to investigate a string of bombings that lead back to Alice MacKay, the city’s resident ordnance tech, and one of the galaxy’s best. The Galactic Department of Investigations is convinced she’s guilty. Problem is, the more he gets to know her, the more he’s certain she’s not his killer. MacKay is devoted to saving innocents, to the point she disregards her own safety, and that’s not okay. Because, not only is he convinced she’s not the bomber, he’s also in love with her. Now it’s a race against time to find the real killer before he claims the life of the woman Boomer’s fallen for. What he doesn’t expect is that more than their jobs tie them together. Both have a past they can’t escape, and it’s time to face it head-on or die. Can he save her from herself and the one way course she’s set toward self-destruction? 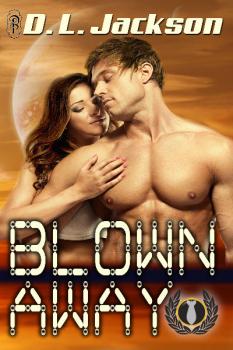 Strike one.
MacKay stared at the application and groaned. The name should’ve been the biggest clue for what to expect, followed by his in-her-face prior occupation. A jarhead—and Terran. Just what she needed. She scanned the screen, studying his credentials. Sapper. Okay, at least he knew something about explosives, but most of them were either insane, cocky or both.
From that name, she’d say both.
Trusting someone to watch your back in this business could get you killed. Trusting someone from off world who already thought they knew everything about explosives because they’d tinkered with them in the Terran Marines—well, you just didn’t do it. Plus, the explosive material combat engineers used to blow things up on Earth wasn’t nearly as complicated as what the Explosives Ordnance Division found off-world and had to defuse. It took a whole different kind of personality to disarm instead of destroy.
She looked up and Boomer grinned. Her heart thumped, pounding so hard it threatened to snap ribs. MacKay tightened her grip on her pad and resisted reaching up and rubbing the area over her breast. Hard to stop from smiling back, but she managed. All destruction, a virtual walking storm. Why for once couldn’t she find someone who didn’t radiate trouble like a blast furnace put off heat?
This guy has no clue what he’s getting into. 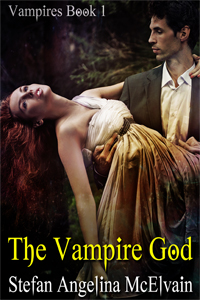