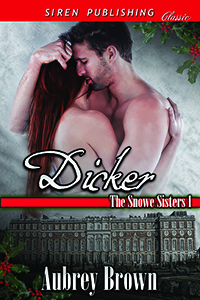 More From The Snowe Sisters

She spread her hands through the air and smiled up to the sun’s rays, and his body was arrested by her brilliant grin. She had perfectly straight white teeth and pouty lips, which practically begged him to be kissed. His body reacted readily and quickly. What a boon to be attracted to one’s wife. He had not expected this, but this development was welcomed. An heir would be no hardship for him.

He made a move toward the pond, and a limb snapped beneath his feet. He looked up and grabbed the side of a tree. She stopped skating and watched the general area from which he was standing. She then moved quickly to the other side of the pond. She was a smart girl to be wary of him. Why was she unescorted? When she became his wife, such folly would not be permitted, and she would be his wife.

He came out from the trees and remained standing at the pond's edge. He had no skates, so therefore he would have her come to him. He was about to speak when he saw her staring at him. He was enraptured by her hair. It was long and silky and curled beautifully around her heart-shaped face. The locks flowed freely down her back in delicious red curls. He wanted to run his fingers through the tresses and lose himself in her celestial body.

Her question brought his spine up sharply. She knew of who he was. “I am the Duke of Kingsberry, your intended. I have come to escort you back to London, so we can marry before the New Year.”

Did he hear a snort? Did the chit snort at him?

“My lady, come off the ice and let us talk.” David extended his hand to her, only to watch her skate further off to the side of the pond. “Anna, please come in from the ice. The day draws toward a close.” He extended his hand again.

“My name is Miss Snowe, Kingsberry. And I will not be escorted by you,” she bellowed.

David was brought up short at her retort. He felt his blood heat at her words as he was only just capable of holding his temper. Who does this chit think she is? He was a duke for Christ’s sake. No one spoke to him thus, no one. With the exception of recent events, people groveled at his feet. This girl should be happy that he had come for her at all! He should leave her to rot on the ice.

She was skating around as if she had not a care in the world. She was deliberately ignoring him and being difficult. David sighed internally as he felt his blood boil, not only in rage, but with lust. It would seem her deliberate treatment of him at the moment was…arousing. Damn.

Right, if she wanted him to use her surname, he shall. He tried once again. “I beg your pardon, Miss Snowe. Please come in off the ice for a chat. We have much to discuss.”

She was releasing him? “My lady, you cannot release me of my duty. We have a matter of business to discuss. We have a contract. I have a right to marry you before your next birthday. And I intend on fulfilling the terms of that contract. Now you can come off the ice willingly, or I shall bring you in,” he threatened.

Anna stopped skating at his words. “You will force me off the ice, Your Grace?” she asked.

“Indeed. So I suggest you move under your own feet, or I shall move you,” he added.

Anna felt her blood race through her veins at his words. She delved into the bay of his dark-brown eyes and only saw truth and determination.

“Why, Kingsberry? I have given you free leave to quit this crazed idea of marriage. And you intend to enforce the contract?”

“I always fulfill my obligations, invariably, my lady. You would do well to remember that.”

“Fat lot you cared since I turned of age, Your Grace.”

“Blast it! I realize I could have come for you almost three years ago. However, the contract did not expire until this New Year’s Eve. It should not matter when I came, only that I did come for you. This is silly, yelling at you from across a pond,” David retorted.

Anna’s spine stiffened. He was telling her what to do? Why, the cad. She had no intention of doing anything he suggested or demanded. If he was determined to take her as his wife, she would make him pay for his folly and be sure to make it as difficult for him as she found waiting arduous for her. He inconvenienced her for almost three long years.

Anna skated toward him and saw satisfaction reflecting from his eyes, and she felt white-hot anger burn in her belly. She approached the duke and accepted his hand. Her mind in a whirl, she took off the skates that were attached to her boots. David helped her stand once more and smiled into her eyes.

Anna hated him. She hated herself for her rioting feelings. He was as gorgeous at thirty and one as he was at sixteen. His hair was as black as a raven’s feather. His eyes were the shade of dark brown. His chest was strapping against his waistcoat, and his breeches fit snugly to his legs. Anna felt her face flush and her pulse race. She was desperate for a solution. She did not want to want this man, so she did the only action she could think to do. As he brought her hand up for a kiss upon her glove, she snatched her hand back and pulled her knee up toward his groin.

He then moved his finger to her slit and opened her to his touch. She was hot and wet, and he growled into her mouth as he seemed to realize she was almost ready for him. She felt swollen and quivering with need. He sought her clitoris and gently circled her into a feverish frenzy. She gasped at his invasion. Her head quickly snapped from right to left on the pillow. David must have felt her start to quiver.

Anna had never felt anything like this before in her life. She felt full, and she felt greedy. She wanted to feel his cock inside of her. She grasped his hair as he kissed her into oblivion. Her cry of release should have filled his mouth, as her quaking body shook beneath his. She wanted to know what he was thinking and feeling at that moment.

David almost spilled his seed in embarrassment, her release was inexplicable. He had never seen a woman look so enraptured before. He kissed her lips one last time before he placed his cock at the weeping entrance of her cunt.

“It will hurt only for a moment, Anna, but after that we will share an exquisite release together.”

Anna could only nod her head as she waited for what was to come. As he started inside of Anna’s wet, hot, and tight slit, she gasped at his penetration. He was big, and she was unsure that he would fit inside of her. He kissed her slowly, which made her relax in his embrace. Inch by inch, he made his way into her pussy. As he came to her hymen, he hissed through clenched teeth. He wanted to impale her and ride her into sweet release, but he kept control and broke through slowly.

Anna yelped in slight pain, but David settled her with a kiss. He waited for her to become accustomed to his cock. When her twat clamped around his penis, he began to move in a slow rhythm.

Anna panted and held onto his shoulders as he pumped into her. She looked into David’s half-mast eyes and must have realized he was close to coming. She could not seem to lay still beneath him, so she pumped her hips in tune with his. David growled and placed his hand into her folds and found her clitoris. He stroked her until her yell of pleasure joined his.

They lay together in the aftermath of their mutual orgasm. David was stroking her wet spine as their cooling bodies found sleep.

The next day the weather was well enough for them to travel to his estate outside of London, just a day’s ride away. He wanted to check on the progress of the work.  Christmas was upon them, and he wanted the staff to meet their unknown duchess. As newlyweds, Anna and David found new and interesting ways to pass the time away inside of a moving carriage.

David kissed and caressed her into a frenzy. He also tossed up her skirts to kiss her pussy. She seemed shocked to find that she delighted in his ministrations. She writhed beneath his clever touch. His tongue moved with such purpose that he felt her trembling begin. His cock was as hard as a board, but he wanted to give her release before he sought his own orgasm. So he quickly lapped at her dripping cunt and was certain she was close. He reveled in the idea that she would soon squirt her cum onto his tongue, and he would suckle her clean. He loved the taste of his wife and was sure he would never become tired of her sweet slit.

Working his fingers into her pussy and rolling her clitoris with his tongue, she came in his mouth in severe waves. It was the most pleasurable, delicious experience of his life. Feeling proud and content, he made his way back up to his very satisfied wife.

Kissing her sweetly, she moaned into his mouth as her hand found his cock. Feeling his heart pound and his blood move quickly, he watched as she undid his breeches and found him hot and hard. His cock was ready for her attentions. And like a good wife, she lowered her head and experimented in licking him. He was surprised to find out that his wife was a very astute student and had him writhing in his seat.

Her mouth was wicked and talented, and his cock was covered in her saliva. She was making the most delicious suckling sounds as she serviced his dick.

“Where did you learn how to…” he started, but stopped when she lifted her head.

“I lived many years in the country, Your Grace. I came upon footmen and maids servicing each other from time to time. And in addition, there was breeding season.”

And with that said, she went back to his cock. He hummed with pleasure and strange passion in the knowledge that his wife was almost as carnal in knowledge as he was. She was still innocent, to be certain, but she was an avid learner, and she would not shy away from sucking his cock.

He placed his hand into her red-russet locks and pulled her hair in a manner that brought the most pleasure to him. When she found his rhythm, she sucked strongly and brought him to a mind-shattering orgasm, which she swallowed wholly. David was amazed and grateful that Anna was now his wife. 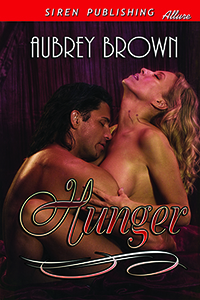 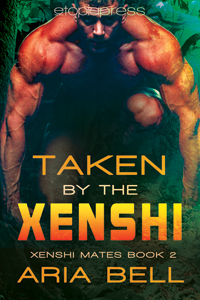