Recently divorced Nora Cole is the proud owner of a new house in Massachusetts. It would be the perfect home for her except for one little problem-the house is haunted by the ghost of a young woman from the eighteenth century. Whatever fear of the ghost Nora had, though, evaporates when she discovers that the girl was to be burned at the stake for having a lesbian relationship. The ghost, beautiful and forever eighteen years old, becomes Nora’s lover and soon they’re planning a future together. There’s one catch-for Nora to be with the ghost forever, she must become a ghost herself and to become a ghost, she must first die. 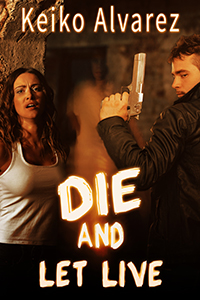 I made my way back to my house and my mind was spinning. When I got to my bedroom, I wrapped my robe tight around my body and whispered, “I’m not afraid of you. Let me see you. Let’s talk.”

Nothing happened, so I tried again and again. I was about to give up when, at the foot of the bed, I saw what appeared to be a puff of smoke slowly assuming human form. The almost transparent image of a naked young girl stood in front of me.

My heart almost stopped, but I found enough energy to ask, “Who are you?”

“My name is Evelyn Cole,” she said. “My family was one of the earliest settlers of this area. I know thy name is Nora Cole. Perhaps we are related.”

“I-I don’t know,” I replied. “Cole is my married name, so perhaps we’re related indirectly. Why…why are you a…a ghost?”

“I was eighteen,” she said. “I was betrothed the first time when I was twelve, but I refused to marry. I was betrothed several times after that as well. I should have been married with at least one child by the time I reached my eighteenth year, but I spurned all advances by the men who wanted me. That alone made the town suspicious of me. But then I was discovered in the arms of a woman and, therefore, deemed to be a witch.”

“Yes. I apologize, but I received great joy from thy transport.”

Although she was barely visible, I swear that Evelyn was embarrassed. “Thy…thy orgasm,” she said.

“Well,” I said. “I haven’t been with women often, but often enough to understand your…um… passion.”

“I have also watched thee with thy apparatus,” Evelyn said. “With your artificial penises. Thy delight—”

“Hold on,” I interrupted. “What else have you watched me do?”

“I have seen thee use a small cylinder in your buttocks. Thy squeals echo in—” 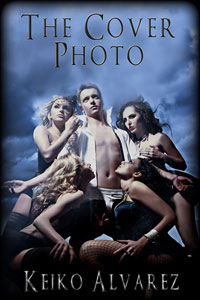 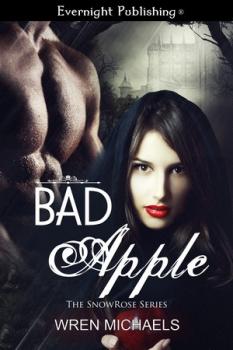