Emily just wanted a normal life: a boyfriend, college, two parents who loved her. Instead, her dad disappeared when she was fourteen and her life at college is anything but ordinary.

When you can manipulate matter like putty and you have no idea why, how do you pretend to be like everyone else? What happens when you meet a guy who has the same powers? Do you trust him to help you find the answers you need?

Emily desperately wants to believe that Jax can help, but the stakes grow higher than she’d ever expected: someone is after them and they’re not afraid to use violence to get what they want.

14+ for brief violence and adult situations 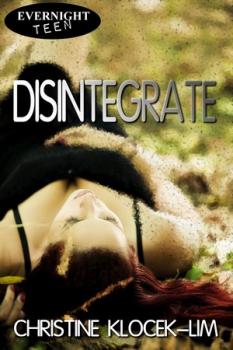 “I … think you’ve got the wrong impression of the two of us,” she mumbled. “We’re just friends.” And that’s all we’ll ever be, Emily told herself.

The woman shook her head. “No. I don’t think I do.” She wiped at the bar, nodding once as though making up her mind. “He’s a good kid.” She moved off, pouring a beer as she made her way down to the other end of the bar.

Emily blinked, confused by the bartender’s confidence. Jax sang on, oblivious to the conversation they were having about him only a few feet away.

And then the wall by the door exploded.

Emily froze for a split second while the bartender looked stupidly at the mess, then rushed for the stage, shoving through the few people beginning to realize something was very, very wrong. Jax hadn’t reacted and her first instinct was to get him to safety. She knew they were there for her, and she also knew they wouldn’t hesitate to destroy anyone near her in an effort to get to her. The best thing to do was get out.

Heart pounding, she grabbed him by the sleeve and dragged him down and off the stage. His guitar strap broke and the instrument hit the floor with a harsh twang. She winced, knowing it was his dad’s guitar, and important to Jax, but she didn’t stop. She couldn’t afford to do anything about it. Her skin was jumping and buzzing and she yanked—

Jax fell over her, hands raised, and Emily chanced a look back. There were three of them, huge and intent. Their faces were covered. One had a shotgun, oh God…

“Get down!” Jax yelled, shoving her over.

She ignored him, pulling until he had no choice but to follow. It was that or step on her. He still had his hands up. Something went boom—the gun, she thought—and then the staccato crunch of wood splintering around her bled through her panic. She shoved Jax ahead of her, hard. The door behind the stage hung ajar, and she stumbled for it, skin prickling as static arced around her fingers.

“Get back!” she panted, and Jax tripped. She tried to pull him up, but his muscular frame was too much for her thin frame. “Jax, you’ve gotta get up.”

He stared at her from the floor, dazed. A trickle of blood ran from a cut near his eye.

Finally, he shoved off from the floor and staggered to his feet, falling against her. Not shot then, she thought, relieved. He wouldn’t be standing if he’d been seriously injured.

She tugged him down the dark hallway. When she looked back, she couldn’t believe they hadn’t been followed. Or at least not yet. Swallowing hard, she grabbed his hand, ignoring the electric tingle of his skin, and dragged him into the wall. He oofed as his head hit the paneling, but she had no time to worry about it. She pressed her fingers to the dirty surface and pushed, concentrating on dissolving the bonds of matter in her body and his. It wasn’t easy. She had to sort of push her energy into it, harder than she’d ever had to before. It felt a little like juggling upside down. She needed to hang onto him and release everything else, simultaneously. She had to keep his hand solid in hers while phasing their bodies out. For a moment, she thought she would fail or go mad, and then something clicked—

—her hands sank into the wall. She shuddered, hating the sticky feel of molecules sliding into her like this. One finger, one hand, no problem, but her entire body? That was creepy and weird. What she was doing wasn’t natural. Humans weren’t supposed to be able to shove pieces of themselves into pieces of other stuff, and here she was trying to shove her entire body, and Jax’s too, into the filthy inside of a bar wall. She almost sobbed … it was taking too long, they were coming—

—and then Jax’s fingers tightened around hers and it felt like electricity shooting into her bones. He gasped and then they fell into the wall together, their matter pressed into and within the wood and concrete and insulation.

Nausea rose. She fought it down. No time for that, she snarled to herself. No damn space for barfing. She gripped Jax’s hand, trying to keep still and quiet and think while also somehow conveying to him the need for calm. He could freak out later.

And he would, she knew. They were completely hidden, existing half in reality and half in the shadowy space between atoms that she’d been able to manipulate since forever. He would want to know how she did it. He would want do know why she’d dragged him into this.

A short, sharp boom echoed weirdly through her. They’d made it to the hall, though she couldn’t see them. She couldn’t see anything. Her eyes didn’t work inside the wall. Jax’s iron-willed calm filtered slowly through her veins, as if she could feel his emotions. God, this was completely horrible, she thought, willing the men to just go away. She needed to run—

—and then there was silence. She didn’t know how long it had been quiet, but Jax was pulling at her. She forced herself to think move and let go and enough and she stepped forward and out—

—and they fell into the hall, coughing. She stifled a gag, her right hand burning from the rough flooring. She’d just caught herself before her head hit the opposite wall.

“Jesus, what—” Jax choked, turning to her. He wouldn’t let go of her hand.

“We need to see if they’re gone,” she managed, rubbing her face on her shoulder. Her knees hurt. She felt filthy, as if she’d ingested the dirt that penetrated every portion of the wall.

Jax leaned down and put his free hand flat on the floor. He closed his eyes.

Emily stared. What was he doing?

A second later he shook his head. “Everyone is gone.” He grimaced. “Or dead.”

“How—” she began to ask, but then the skin on her hand prickled, the one he still held. Jax looked at her arm. She looked at his palm. Tiny sparks arced between them, silver stars that made no sense.