After Dale Edinger’s eccentric aunt passed away, she left him with a house full of clutter mixed with magical items and a djinn named Riadh. With his own history and a set of rules that make it impossible for him to be freed, Riadh now belongs to Dale. But when your skills at magic are one step above non-existent, you need a teacher.

Now Dale’s on the hunt for a teacher so he’ll not only learn how to wield magic, but will also be able to protect Riadh. Unfortunately, his options are limited. Who poses the greater risk -- a dragon with uncertain motives, or a big city mage who'd like to add Riadh to his own collection of possessions?

How many more hours to get back home? Dale mentally tabulated at least two, but that was only if traffic cooperated. He walked toward the car, giving a tiny bit of weight to the idea of finding a hotel. He noticed that the older woman who had been sitting on the other side of Riadh earlier was now sitting on a picnic table beside the parking lot, smoking.

Dale fumbled for the keys in his pocket, one hand braced on the car.

“Please, let me drive for a while. You need a break,” Riadh said.

The woman spoke up. “I never knew a djinn that could drive, but if he knows how, you look like you should take advantage of the offer.”

Dale jerked, startled. Was this his day to encounter shitty egotistical magic users who knew more than him or what? He turned to face her more fully. She blew out a slow plume of smoke.

“That’s an odd comment,” Dale said. Maybe he could bluff his way out of this.

“Yes, and he’s not for sale!” Dale snapped. He stepped between where the woman sat and where Riadh stood. Forget bluffing, he was too tired and on edge to play games.

The woman inhaled from her cigarette. “Okay. Good thing to know, but why the hell should I care?”

“You implied he was my property.”

“Yeah so? Djinn don’t exist in the physical world unless they have an owner.” She cast a long appraising look at Riadh. “You have a name?”

“Nice to meet me you. I’m Summer Azhdaha. How ‘bout you?” She gestured toward Dale.

“Okay, introductions are made. If you ever find yourself in need of some good incense, look me up.” She slowly climbed down from where she sat on the top on the table and began to amble toward a dusty SUV on the opposite side of the parking lot. She stopped to grind out her cigarette in the gravel.

“Is that it? You tell me you know I’m traveling with a djinn and you just walk way?”

“Yeah. Got a problem with that?” She turned to face him.

“Who are you? Or maybe I should ask what are you?”

She raised an eyebrow, then walked back over toward him. Her gaze took him in, head to toe, then returned to his face.

As Dale stared at her, he saw her eyes change. Her pupils became vertical slits and she exhaled a long pale cloud of smoke. What the fuck?

Dale glanced at Riadh, hoping for information, a clue, anything.

“She’s a dragon,” said Riadh, with an apprehensive look on his face. 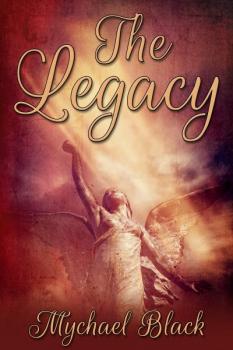