Max might not be pretty to look at, but Remy’s stray dog has something more--something that police officer, Ty Barrister doesn’t have. Rude and crude, Ty is going down on the bet that she is positively out to win. A week with two dogs--okay, three including Ty--means she will have to leash all her emotions. But, one dog will be the master until she is yelping with pleasure. Yep, everything has certainly gone to the dogs! 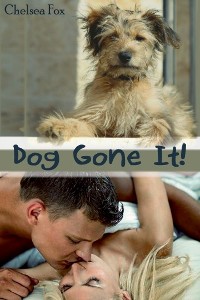 Ty Barrister placed a finger on the rim of his sunglasses and slid them down over the bridge of his nose. Musingly, he peered over the top and then down at his wristwatch wondering if it was time for lunch. “Um um, suddenly I’m starving, he grumbled. His cock hardened staring at the woman wearing scanty shorts. She was gorgeous. Her sexy bare legs were an illusion that seemed to reach heaven; a heaven which would bring him religion and where he would gladly sing and praise alleluia. As for her dog, well, he would have to go….if there was one word to describe a cross between Benji and a drooling Opossum that would have to be it.

Remy turned and straighten as she heard a car’s motor slowly coming from behind. “Great, a stalker,” she muttered under her breath as the car crept slower. Her head twisted around feeling an intimidating stare was necessary just in case it was. She felt relieved when she observed the police car…but unfortunately, as if the God above was mad at her, Max stopped, paused, sniffed a few times and lowered down to do his business. Number two, of course.

Ty slowly rolled the window of the patrol car as it came to a gradual stop alongside her. His window came down half-way. “Ma’am…” Remy turned around to the squad car.

“Ma’am…just a reminder. Two-hundred dollar fine in these parts,” he stated with a husky tone that sent chills through her entire body.

Remy mumbled to herself, “These parts? Geez, was he some backwoods, country redneck that’d lost his way?” and of course, contrarily giving him a pleasant smile and wave.

For a silent moment, Ty waited for her to repeat what she’d said. All right, he waited long enough. “Excuse me?” He knew it couldn’t have been good, it never usually was. No one was glad to see a cop unless they were under duress and the emergency involved them. So yeah, at the moment, he was a little disgruntled. Up to this point, his shift had been nothing but domestic disputes that only turned his stomach with any thought of another relationship. Okay, truth have it, maybe his poor disposition came about at 6:30 this morning when Margie dumped him.

“You’re kiddin’ me right?” she mentioned this time loud enough for him to hear. Why in the world was this so criminal?

Again, he lowered his glasses back along his nose gazing at her. “Ma’am I don’t believe so…if everybody left a gift, it would give Connecticut, “the Constitution State” a whole new meaning along with its “Land of Steady Habits”…. ” before he could finish she stopped him.

“What am I suppose to do with it?” 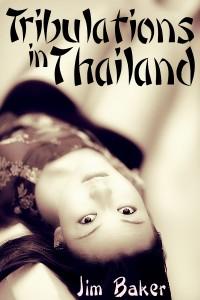