Sean Stirling isn’t having a good day. Hearing snide comments on a photoshoot, he storms off, not caring that he looks every inch a celebrity throwing a tantrum. Things get worse when he falls on the ice-covered street. As a car comes barreling toward him, there’s nothing he can do to prevent his fate.

Luckily, Emerson Willis is there to save the day.

Emerson pushes the man from the street, then gets bamboozled into accompanying the stranger to the hospital. After Emerson sees himself on television, he realizes the man he saved is a pop star.

Now, Sean is smitten and eager to thank his rescuer. Emerson, whose mind is still spinning, can’t tell what to think about the sudden attention. Can the musician convince Emerson they’re made for each other? Or will Emerson dismiss it all as the passing fancy of a rich and famous man?

"Would you think me forward if I kissed you?"

The question startled Emerson, but it shouldn't have. "You kissed me yesterday. Why would it be too forward now?"

Sean shrugged. "Yesterday I could blame it on the nerves, the adrenaline, the joy at being alive. Now I just want to do it."

Emerson swallowed. "Yeah, I guess that would be okay."

The singer moved in closer. "You sure?"

His nearness tantalized. A shiver shot through Emerson's body. "Yeah. Yeah, I'd like that."

Another inch. Their eyes were locked.

Is he waiting for me to make the final move? To meet him halfway?

If so, Emerson could deliver. He closed the remaining distance between them brushing his lips to Sean's. Yesterday, the singer's mouth had been dry, but today they were wonderfully moist, and tasted of coffee. It was a quick kiss, not lingering too long, but still soft and simple. They pulled apart and smiled.

The door chime sounded again and a flood of people entered. This was the usual morning crowd, getting ready to grab their coffee before heading upstairs. Emerson didn't have the budget to do this often, so he usually just brewed a pot at home, which was easier than dealing with this zoo.

Sean tensed and his fingers tightened on his cup.

"You can put back on your things," Emerson said.

The signer sighed. He slipped the sunglasses over his eyes and pulled the scarf a bit higher on his neck.

"No one would think to find you here," Emerson continued. "It'll be fine." A not-so-pleasant thought struck him. "Unless, you'd rather just take off now. I understand."

Sean's eyebrows appeared over the rims of the glasses. "What? There's nowhere else I'd rather be than here right now. Unless, you're ready for me to leave."

Emerson laughed and after a pause, Sean did too. Funny that a celebrity could be equally as self-conscious.

Sean relaxed slightly. His fingers still gripped the empty cup. "Yeah. My process is a bit different than most songwriters --"

"You write your own songs?" Emerson cut in. "Like, you don't pay writers to do it for you?"

"No, I write all my own songs. That's why it's kinda different. Whenever motivation strikes, I write it down. Throughout the year, I get dozens of ideas for lyrics, snatches of melodies. So when it's time to compile the album, I go through my notes and see what's ready. Basically, it's just crossing the T's and dotting the I's. Pretty simple."

Sean lifted his shoulders. "Macie's been hounding me like crazy about it, though. She's been with me for the past six years, you'd think she'd understand my process by now."

"Wow, that's a long time already in the business."

"I was lucky Macie found me. Despite her attitude, she's a wonderful person. A great friend."

Sean barked a laugh. "Not before you're ready. She's a mean ol' bitch. Probably'd take your arm off at the moment."

Pulling down the glasses, Sean peered over the top. "You've captured my interest. That's a crime in her book." 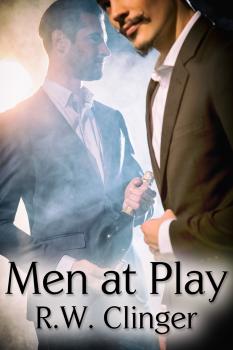