Lee Sullivan has really got her life together, as the mayor’s publicity chief and the respected Domme, Mistress Star. She doesn’t foresee any bumps in her life until she meets Branch Colby, self-made millionaire and a man who pushed her buttons. She has no idea that he is a full-out Dom who sees women as a challenge and this one more than most.

When Branch’s friend Max bets him he cannot get Lee to submit to him, Branch agrees to a high-stakes wager. The problem is he never expected to fall for her or what the consequences would be when she learned the details of the bet. He has to find a way to repair the situation, and she has to decide whether giving her heart is worth the risk.

Max sobered. “I don’t think I can thank you quite enough for giving me a piece of Colby, Inc.”

“In the beginning, it was a piece of nothing,” Branch recalled. “We’ve been lucky. Besides, you earn it every day keeping my ass legal and putting up barricades against the bloodsuckers.”

They raised their glasses in a silent toast and then drank.

“So.” Max nodded at him over his drink. “I saw the mayor’s publicity flack here today. His honor too tied up to make it?”

“I guarantee you, whatever conflict Vincent had he couldn’t get out of. He never misses a chance to suck my dick.”

“Personally, I’d rather have her doing it. Although that isn’t quite her style.”

Branch lifted an eyebrow. He had gotten no vibes from Lee Sullivan that she preferred women to men, and picking up vibes was something that was a talent of his.

“Are you telling me she bats for the other team?”

Max burst out laughing. “Far from it. You just hang out in the wrong places.”

Now Branch was getting irritated. “Do you want to tell me what the hell you’re talking about?”

“I guess you spend too much of your playtime at Ultra. Or your own bedroom.” Max laughed again, as if enjoying some kind of secret joke. “Unlike me. I like variety.”

“So you’ve visited Infinity. So what?”

Yeah, so what? One of the many things binding their friendship so tight was the fact that, after a friend had taken them to a public dungeon in their twenties, they had both realized they had strong Dom tendencies they needed to pursue. They soon found, if they wanted to play, they had to take instruction, and what an experience that had been.

“Enough of this shit.” Branch leaned forward. “Whatever’s on your mind, spit it out.”

“You know how Ultra has its own celebrities, Doms and Dommes who everyone wants time with? Oh, wait.” He snapped his fingers. “Aren’t you one of them? Right! Master B. The subs line up for an hour of your time.”

“You are pissing me off here, Max. What does this have to do with Lee Sullivan?”

“Infinity’s got its own celebrities, too, which you’d know if you ever got a guest pass like I did.”

“And?” Branch made a “come on” motion with his fingers.

“And I discovered when I visited there that the most in-demand Domme is Mistress Star.” Max leaned forward, watching his friend with an intent stare. “Who in real life is known as Lee Sullivan.”

Branch felt as if someone had taken a cattle prod to his balls. “Are you fucking kidding me?”

“Not a bit.” It was obvious Max was enjoying the reaction. He got up and went to the bar to refresh his drink. “I was given to understand that male submissives sign up well in advance to spend time with her.”

Branch frowned. “Was she there the night you were? Did she see you?”

“No.” Max shook his head. “I was in the lounge, in a corner with some friends, when she came in before a session.” He grinned. “She had a damn good-looking sub waiting for her. Anyway, I wanted to be sure I wasn’t mistaken, so I asked the friend I was with.”

“Uh huh. Because my friend knew I’d keep my mouth shut. Infinity is no different than Ultra. No one ever discusses anything outside those walls. Not who they saw or who did what with whom. You know very well there are people who live the lifestyle who make it known to anyone who asks them. Many of the couples even socialize outside the club, but you know the unwritten rule—what happens at the club stays at the club.”

“I suppose it wouldn’t do me any good to ask you to get me some details on her.”

Max shook his head. “You know better than that.” 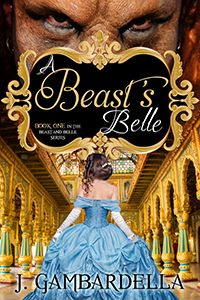 Make Me Yours (MF)
Sam Crescent
In Shelf
$3.99
Tweets by
sirenbookstrand