When Vincent takes shelter in a bookshop one stormy day, he happens upon a book of male nudes. One of them brings back memories of his first, and possibly greatest, love -- Daniel McClary. When a sales assistant tells him there’s a man who resembles the model in the picture that comes into the shop every week, Vincent wonders if it could be the same man who broke his heart twenty years ago.

He looks up Daniel’s Facebook page and is disappointed to discover Daniel is married and has two sons. Nevertheless, he starts to frequent the store, watching and waiting for the man he’s sure is Daniel. Finally, Daniel makes an appearance. Vincent approaches him and says hello, immediately realizing his love for Daniel is still strong. But what difference does it make? Daniel’s a family man.

However, the next time they meet, Daniel reveals something which gives Vincent a tiny spark of hope. 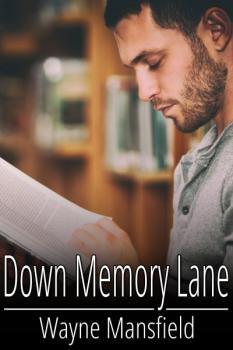 He arrived at the bookshop and pushed his way through the door just as the heavens opened up, unleashing a sudden downpour of rain that sent people scurrying for shelter. He gave the interior of the shop a cursory glance. He couldn't see Kylie nor anyone who resembled Daniel, and decided his best plan of attack would be to go up and down the aisles of books to check that Daniel wasn't already there.

He started in the aisle furthest from the door and walked the length of the five remaining aisles. There were a couple of middle-aged women perusing the general fiction section, a young man looking at cookery books and pair of teens reading graphic novels, but no Daniel. He checked the main area of the shop then walked to the café where he ordered a flat white and took the table he'd had the previous week so he could watch the door.

He'd barely sat down when a man in a long, thick woollen coat walked in.

Vincent's heartbeat quickened. Was it him? He was tall and well-built as Daniel had been in his youth. His salt and pepper hair was receding. When he smiled at one of the staff members, an image of one of the photos on Daniel's Facebook page came to mind. It was him. He was sure of it.

He took a couple of sips of coffee, grabbed his umbrella, and got up from the table. He walked towards the shelves, his eyes on the man he was absolutely certain was Daniel. As the man disappeared into aisle two, Vincent hurried down aisle three, to the end, then casually turned into aisle two. With a glance he checked that the man was still there then began to study the various volumes on the shelf in front of him. Great Battles of Britain. World War 2. War Time Disasters. Not a subject that appealed to Vincent, but that was neither here nor there.

He moved slowly towards his target, every now and then surreptitiously checking his position so he could plan his attack. They were now only a metre apart. He turned just as the man turned. Up close there could be no mistaking his identity.

The man smiled. There was a twinkle in his eyes. It was a sexy, genuine smile and it melted Vincent on the spot.

"Yes, it is." Daniel furrowed his brow. "I'm sorry. I can't remember your name."

Vincent felt a little deflated, but swallowed his pride.

"It's Vincent. We dated for a while in the nineties. I lived in Northbridge."

He could see the recognition dawn on Daniel's face. The furrowed brow disappeared and his smile returned.

"Vincent! Wow. That was a long time ago."

Vincent nodded. "It was. Twenty years or so, but let's not dwell on that." He laughed. "What's been happening?" 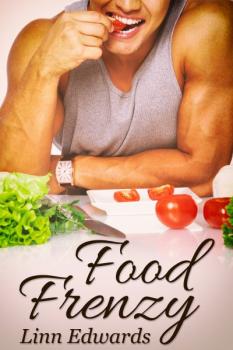