Sarah knows her past will catch up with her sooner or later, but a red dragon catches her first.

Dennenth moved to London from his beloved mountains in Scotland, leaving his family, in the hopes of finding his true mate. Accepting his friend's job offer, he works as a bouncer in a nightclub. What better place to meet women?

Sarah is a single mother with a past she wants to forget. But having a psychotic ex-husband who will come looking for you as soon as he's released from prison isn't something you can get away from. She has enough on her plate, and she's not looking for a man. And she certainly doesn't expect to meet one who can…shift into a dragon. What the hell? But she soon finds herself caught up in Dennenth's world, shocked even more when the sexy man informs her that she's his mate.

When Sarah's past finally catches up with her, can Dennenth save her in time?

Sarah suddenly looked grief-stricken, and she glanced quickly at Freddie. "What about my son? If I was to become your mate and live a longer life, then Freddie will get old before me. Dennenth…" Tears welled in her eyes, one of them slipping slowly down her cheek.

"It's okay," Dennenth said, wiping away the runaway drop. "If you do accept me and we become one, then my dragon can bite the inside of Freddie's wrist when he turns twenty-one, and he will lead an extended life with us. He will be our son if we mate. I will treat him as if he were my own."

"What if I decide not to? Dennenth, I can sense I'm drawn to you." She blushed. "My body feels all kinds of things it never has before. Not even Blake caused this kind of reaction in me."

He gave her a cat-that-got-the-cream grin and pushed himself up more until his lips were about an inch from hers. "When I get inside of you, I'm going to make even more of an impact."

He raised his hand, putting it around the nape of her neck, and pulled her forward. Her lips plied with his. He held back a groan as his jeans tightened, and he had to release her and move slightly away.

"Darlin', give me a chance. I know this is a huge thing to go through, but hey, you've already seen my beast, and he loves you already."

"Presumptuous, aren't you?" she asked with a cheeky smile lighting her face.

Yes, we love her. Now mate, his dragon insisted.

Soon I hope. The thought of her turning him down and denying both he and his dragon wasn't something he could think of. If she did, they would wither away and die. His heart was only meant for his mate.

"You just kissed Mummy." They both turned to see five-year-old Freddie staring at them with wide eyes. "Does that make you a prince instead of a giant?" he asked with total sincerity.

Dennenth couldn't hold back the smile from his face. He supposed he was a giant in the kid's eyes. Before Sarah could say anything else he spoke first. "So if I was a prince and I kissed your mummy that makes her a princess, right?"

"No." Freddie laughed, his little chuckle lighting up Dennenth's heart. "Mummy is a princess," he whispered loudly. "If you kiss Mummy, then she makes you a prince."

"Would you mind if I was to be a prince?"

"Only if you make Mummy have a happy ending, okay?"

"So I kiss Mummy, she makes me a prince, and I make sure she has a happy ever after?"

Dennenth looked at Sarah and smiled. "Can I be your prince?"

Freddie's laugh was so full and light-hearted he turned back toward the boy and stared.

"Did I do it wrong?" Dennenth asked, unsure of the game.

"You already k…kissed Mummy…you…a…re already a p…prince." The lad was laughing so hard he couldn't get his words out properly. It took Dennenth a few more seconds for everything to click into place.

"Oh, right. But I want Mummy to make sure. I don't feel like a prince yet. She needs to kiss me again." He looked back at Sarah who had a huge smile on her face.

Hot damn, the man made her feel things she never had with Blake. When he had kissed her, she'd wanted more.

She had to make a decision. Freddie was still rolling on the floor, laughing so hard he had tears on his cheeks. Dennenth was watching her with serious eyes, but he too had a smile on his face. If she was to go with him, she would be near Amy if anything went wrong. She knew Freddie already liked Dennenth. It was definitely something she was willing to try herself. So yeah, maybe she could do this.

"Okay." She nodded and leaned forward to kiss the man again.

"Woo-hoo!" cheered her son. "You have to make sure Mummy had a happy ever after now, okay?" She watched Freddie stand before Dennenth, his laughter disappearing from his eyes, begging the man he had only just met to not hurt his mum.

To her disgust Dennenth spit on his hand and held it out for her son. "Princely promise."

Freddie placed his tiny hand in Dennenth's and shook it then proceeded to wipe it down his trousers. Eww. 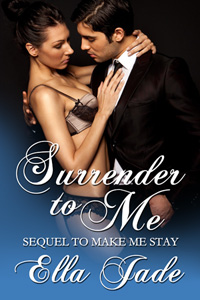 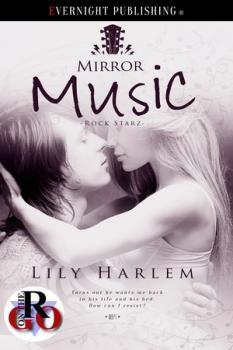 His Kind of Beautiful
Maia Dylan
In Shelf
$2.99
Tweets by
sirenbookstrand