Set in the 1960s South, Dressing Lily follows Olivia from Cut and Shoot, Texas to the gay world of the Big Easy theater district and back.

Olivia Lyons’ father raised her on his own in Cut and Shoot, Texas. Her mother could have taught her so much about navigating the world, but she isn’t around, and Liv’s father doesn’t talk about her. Sometimes life feels like a game where everyone knows the rules but Olivia. When she falls in love, it takes her by surprise. A further surprise awaits her when her romance is discovered, and her father spirits her away to New Orleans, where her mother has lived since the couple parted ways.

Charlie Lyons and her partner, Miss Lora Blackmon, are the leading members of the gay social scene. They own Sans Soucis House, a place where people live their lives and no one judges. They take Olivia in and try to help her along, but she can’t seem to make the right choices. Olivia starts life over working for Claude DeCloux, who owns a jazz club. When she betrays Claude’s secret, she finds herself out of work and in danger of being out of San Soucis House.

She heads out to find work in the theater district, wishing someone would give her a copy of the rules. There she meets Cajun Lily, the Queen of Burlesque, and becomes her dresser and protégé. But Olivia wants to go back home to Cut and Shoot, if she can only find a way. 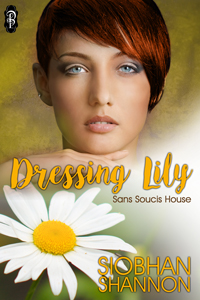 I didn’t set out to deliberately ruin my life. I don’t guess anyone does, and then, when the walls come crashing down, it’s just so…surprising. One day you wake up and nothing looks the same anymore and, the next, people are asking you why you’re destroying their lives. I don’t know. I woke up on one of those desperately close mornings in July when the air feels like a blanket and nothing was the same anymore. I didn’t even like my coffee the same way anymore. It might have been meeting Daisy Bledsoe. Or it could have been a virus. God only knows. All I can tell you is that one morning, everything changed.

She wasn’t the prettiest girl I’d ever seen, tall and weathered and snaggletoothed. But when she smiled, her face lit up and you couldn’t resist smiling, too. She certainly wasn’t the smartest girl I’d ever met, either. At times, I wanted to pull my hair out over the things she did. But on that July morning, she mesmerized me, and before I knew it, I was making decisions that threatened to ruin my life. Strange but true, and I think I’d do it all over again.

I must have been about twenty when Pa sent me to Tom Harmon’s place to see if he had a fuel pump for our old tractor. I had never been out to Harmon’s before and missed my turn. I drove down a road that kept getting narrower until I had no choice but to go forward. I found myself on a grass track petering out among dead machines and rusting farm implements in front of a tumble-down house. I’d finally found a place where I could turn around…but then I met Daisy.

Cut and Shoot, Texas, 1960….
It was the kind of heavy-aired morning that only happens in East Texas, and I had the windows down. I came round a bend and a big black dog decided I didn’t belong there. He jumped up at the window of Pa’s truck, raising hell and slobbering on me. All I could do was hit the brakes and lean away.

“Max!” a voice like a sack of gravel shouted. “Come heah.”

Max shut up and left the side of my truck to go sit at her feet, staring expectantly up her considerable height. I could breathe again. One look at her, and I knew I was lost.

“I believe you already have.”