When Maxx Robertson thought about the saying, "something would be the death of him", he had no true concept of what it meant. That is, until he met her. All of four-foot-nothing and lighter than his duffle bag on an easy gear day, he knew he was lost the minute those brown eyes focused on him. His life was difficult enough being part man and part beast, add to it this spitfire and it was a recipe for shenanigans—the kind he wouldn’t pass up for the world.

Zowie James didn't expect her new boss to be not only charming but attractive in a way that made her contemplate dirty deeds in alleyways as perfectly acceptable break pass-times. He is mysterious, dangerous, and everything she’s been warned to stay away from. When things start going badly at his club, she has no way of knowing if he is involved or not.

The tension and attraction between them would be challenging enough without the mafia trying to take over Maxx’s club, or without Zowie’s natural ability to find herself in the middle of trouble over and over. Will they make it out of this alive or are they doomed from the beginning? Will Maxx come clean to Zowie about what makes him quite so domineering or will he continue to hide behind his temper regardless of the situation?

Maxx had to force himself to wait in the shower and take his time while in the next room he could both hear and smell Zowie’s need and subsequent pleasure. He was harder than he could remember being in his adult years. His wolf’s urge to take her was stomping around under his skin, making him yearn for the forest where he could let his wolf out and run himself out of steam.

Walking out of the bathroom with a towel around his waist, he looked over at the beautifully rumpled vision that was Zowie. She had the decency to look guilty. He closed his eyes for a moment and inhaled the musky scent she had perfumed the air with when she found her release.

Walking over to the bed, Maxx leaned down and reached for the hand Zowie had been touching herself with. She appeared startled when he did so. He then stuck the two fingers she had used to penetrate herself in his mouth with a rough groan. Sucking strongly on the digits that he was simultaneously jealous and in awe of, he licked all of her juices off her fingers before releasing her hand.

Zowie opened her mouth to speak as he released her fingers from his mouth. He swooped down and covered her lips with his own. He expected she might be resistant or angry, but she immediately let out a moan and arched into the kiss. Maxx didn’t need more prompting than that and began to thrust and parry his tongue against hers. After a few moments he pulled back and pressed his forehead against hers.

“Christ. You’re a walking heart attack…” Maxx was panting, and he knew his wolf was very close to making itself known in a very permanent and unwelcomed way.

“You’re not exactly tame yourself.” Zowie tried pulling his face back down to her lips.

“Zowie, if I kiss you any more I’m going to take you. You’re covered in bruises and recovering from multiple abductions this week alone. I don’t think right now is the time to start this.” Maxx forced himself up and away from the bed.

“Well then what exactly do you have planned for me while I’m stuck here? This is ridiculous, Maxx. You have to let me loose. I’m not going to try to leave without you. I promise.” Her logic was solid, but he wasn’t willing to trust her running around on her own after the shenanigans she had involuntary found herself in this week.

“I promise I will let you out as soon as I hear that the coast is clear. Now get some rest. I’ll go make some dinner for when you wake up.” Maxx didn’t give her the time to argue. He simply pulled on his shorts and walked into the living room.

Maxx was convinced he could simply maintain his emotions while waiting for the rest of the idiots to come for him. He knew he could take them out one by one if necessary and would, if he didn’t have to worry about Zowie in the process. He didn’t dare share his plans with her though, because she had a tendency to unwillingly mess them up. While she took a much-needed nap, he decided to go run in the hopes he could shake this unease he had crawling under his skin since he had smelled her lust. 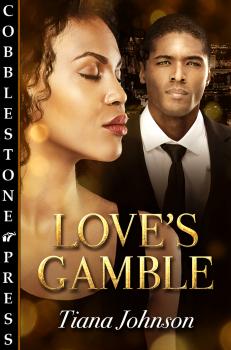