A hundred years in the future, twelve-year-old Nigella receives a shipment from her deceased grandfather. Her inheritance is a herd of micro-elephants. While a lot of her friends have micro-pets, Nigella is at a loss on how to care for them. Why are her micro-pets so different from everyone else’s? What was her grandfather up to? With the help of her best friend, Kepler, the girls set off on an adventure to discover the truth. 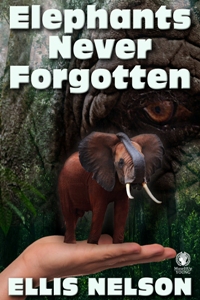 Arms folded tightly against her chest, Nigella twisted the ring on her finger as she waited for the micro-vet. She pushed her dark bangs off her forehead and looked up. Her bright green eyes met those of the tall, blond, micro-vet as he entered the room.

“Morning,” said the vet. “Okay, so you have one in isolation and another one sick?”

The vet surveyed the scene. Nigella nodded as he peered over the enclosure. It was a wooden rectangle, roughly ten by twelve feet. Placed on a table, with sides eight inches high, it hit the micro-vet at the armpit as he reached across to grab his patient. The sick animal was near the water, down on two legs, looking disoriented.

The vet carefully wrapped his hand around the little animal and lifted her out of the enclosure. He placed her in the middle of his left hand and began the examination. The weak micro-elephant gazed up at the vet. 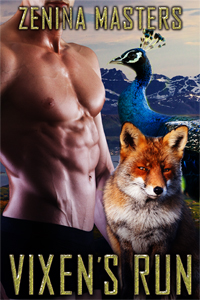