Erin has a good reason for sneaking into a fae castle: her sisters—princesses of Erdhea—have been secretly visiting it for months, and she just knows they’re in trouble. Unfortunately that’s not an excuse she can give fae lord Desmond when she gets caught. Because Erin is a princess too, and whatever schemes Desmond has, Erin wants no part of them. Instead, she tells him she’s a simple war nurse, and offers no excuse at all.

Desmond can’t have humans wandering in and out of his castle, not when the Fae’s presence in Erdhea must remain hidden. He needs to know how and why Erin sneaked in. But before long, his concerns about Erin are blooming into interest, then fascination, then something else altogether. Under the eye of a lovelorn fae lord, can Erin keep her secrets? Will she even want to? 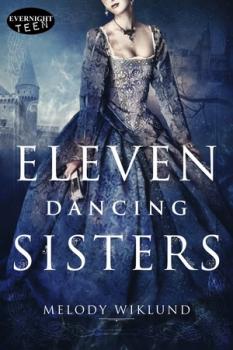 As Lord Desmond closed the door behind him, his lips twitched into a smirk. “Lady Anicla, I know you’re in here.”

The name gave her a start.

Not because it was hers—it wasn’t—but because she had heard it spoken just a few days before. And how could he know that anyone was in there? She pulled the cloak tighter around herself and squeezed into the farthest corner of the room from him, against a bookshelf filled with scrolls and ancient tomes.

“Oh, come now.” Lord Desmond stepped further into the room. “You can’t have believed I would miss an intruder in my castle. Its magic tells me of everyone who comes and goes. I could feel it the moment you stepped off Princess Kendra’s rowboat. Besides, you’re the only one with an invisibility cloak of such high quality.”

His gray eyes scanned the room from side to side. They came to rest on Erin’s corner, and she shivered and pressed herself harder against the shelf. The ridges of the books hurt her back.

His smile widened. “Do take it off, milady. You’re a little old for hide and seek, don’t you think? The only reason I didn’t reveal you in the ballroom was that I thought it might embarrass you. It would be polite to return the consideration.”

A step closer, then another, and he was standing right in front of the corner. He put one hand on the bookshelf and the other on the opposite wall, trapping her between his arms.

He bent slightly, and she could feel his breath on her shaven head, stirring the hairs that had just begun to grow out of the left side of her scalp. “No games, milady.”

Fine, then. No games.

The strings that held her cloak on were tied in a double knot, but it only took a few seconds to pull them loose. She let the cloak drop to the ground, revealing her underneath it.

Desmond neither moved nor spoke. But their heads were about a foot away from each other, and Erin could see his eyes widen for just a moment.

Fae were used to surprises, and she doubted he was shocked that she was not Lady Anicla. But they were also used to beauty, and beauty was one thing Erin lacked. Her light brown nurse’s robe clashed with the decadent tapestries on the walls. Her tattered sandals had left dirt on the brilliant blue rug. And there was the crowning glory, her face.

Desmond took a step back, perhaps to gain some artistic distance on the spectacle of Erin’s appearance. He pursed his lips. “I suppose you aren’t a troll.”

“Well, my initial reaction was that you were probably a troll,” Desmond said. “Since I have never seen any other being with such a grotesque face. But there haven’t been trolls around here for years, and when they were around they had more sense than to snoop. Besides, they wouldn’t have bothered with the eye patch.”

Erin automatically touched the white patch that covered her right eye. Gently. Press down too hard, and it would hurt more than it was worth. It was to keep the light out of her eye, which was still sensitive despite being unable to see anymore. Not because she wanted to protect the sensibilities of men like Desmond. She didn’t care to impress anyone, and with the pale and wrinkled burn scar covering the right half of her body clear up to her face and cratered scalp, it would have been a lost cause even if she had been trying.

“Clearly you’re just a human sneaking around in a fae cloak,” Desmond concluded. “Albeit the ugliest human I’ve ever seen.”

“Nor would I want to, if this is a sample of what you find.” Desmond crossed his arms. “Who are you? And what are you doing in my castle? Do be honest. You won’t like the consequences of lying.”

Erin shuddered. The old nurses’ tales of fae curses and hexes had been colorful. Men who had lost limbs and eyes, who were turned into roosters and worms, who drowned breathing fresh air, who could never sleep in the same bed twice without getting a hideous rash. Not that a hideous rash would have made her look much worse, but it was still something she’d prefer to avoid. Telling a fae the truth and lying to a fae were equal sins in most lore. The former would leave you vulnerable, and the latter would often backfire. Fae hated liars.

Generally, the solution was to avoid the fae altogether, but it was too late to consider that now.