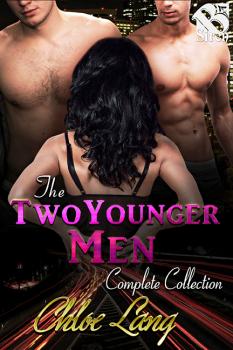 Clayton Gibbs stood in front of the CEO, the twelve directors, and his twin brother, Jaydin Gibbs. His audience sat around the large mahogany table that his father had purchased just three weeks before the tragic triple homicide that changed his and Jay’s lives forever.

The plush boardroom was on the fifty-sixth floor of the headquarters of Gibbs Worldwide Investments.

Clay pointed the laser creating the red dot on the screen. “This portion of the report highlights what Jay and I have been researching.”

“Clay, are you actually suggesting that we are missing over a million dollars of revenue each and every quarter from both our Chicago and London offices?” William Moody, his and Jay’s uncle, was CEO of the company.

The three of them were connected by the tragedy they all shared. Despite their many differences of opinions, he and his brother felt they were duty bound to their uncle for all he’d done for them.

Jay leaned forward. “It’s possible, Uncle Bill. What we do know is at the very least there is an accounting error that has continued occurring for the past five years, maybe going back even further.”

One of the longest serving members of the board and a dear friend of their father, James Sullivan seemed concerned. “If they are right about this, Bill, it would mean that someone high in the organization is either dropping the ball or is dipping into the till. I believe we should hire an outside accounting firm to check into this.”

Clay braced for his uncle and James to lambaste each other, which was typical for most board meetings. They were like oil and water and had never gotten along. Very few got along with Bill, whose surname fit his personality perfectly. Moody. He and Jay thought of James as their uncle, too, but they tried to never call him “Uncle James” in front of Bill. Whenever they did, Bill would lose his temper. Not surprising after all the difficult history between James and Bill. James had fallen in love with Caroline, the only sister of Clay and Jay’s father. But Bill had swept in and tore them apart. How? No one really knew. Bill married Caroline, and James was left with a broken heart.

Bill tapped his fingers on the surface of the table for a few moments, a habit of his that he and Jay had grown accustomed to. “I agree, James.”

That calm response surprised Clay and seemed to have the same impact on everyone else around the table.

“You do?” James’s eyes narrowed.

“I’ll get that set up immediately. Only board members should know about this. Let’s keep it confidential until we are certain what we are dealing with.”

“And I would like to recommend that Clay and Jay spearhead this effort, since they are the ones who discovered it.” James was pushing for more from Bill.

The congeniality remained, which was remarkable. Clay turned to his brother and saw the same look of shock on his face as the others. Very strange.

Bill wrote on his notepad. “I know just the firm we should engage. I’ll set up the meeting. Good work, boys.”

“Thanks.” Clay gathered up his papers. He wondered if his uncle would ever stop calling him and Jay “boys.” Doubtful. After all, Bill was twenty-five years older than they were. “You ready, Jay?”

“Sure.” His twin brother left his seat.

“Wait, fellas,” James said and turned to their uncle. “They should stay.”

The earlier consolatory exchange between Bill and James was clearly over. They were back to their verbal barbs and blows.

“Next month they will be able to vote their own shares.” James’s edgy tone told everyone he wasn’t going to back down.

The others around the table looked at their files in front of them. They didn’t want any part of what was about to happen. They’d seen it far too many times.

“Clay and Jay will be part of this board,” James said.

My friend? No two words could be further from the truth.

In charge of his and Jay’s trusts since their mom and dad’s death, Bill cast the votes for all their shares. But on their thirtieth birthday, which was in less than three weeks, in accordance with the will, Clay and Jay would have complete authority over their own inheritance and would no longer need Bill to be their trustee.

“Unfortunately, James, they cannot remain,” Bill said with a grin. “They are management. And since we are discussing executive bonuses, it’s best they leave.” He stood and came over to their side of the table. Shaking their hands, he winked. “I’ll make sure you get compensated very well, boys.”

“Like they will even care about a bonus, Bill.” James glared at him. “Clay and Jay own fifty-two percent of this company, and on their birthday they will have the right to sit at this table as much as any of the rest of us, including you. More even.”

“They’re my nephews, not yours. Now have a seat with the rest of the board while I take a moment to speak with them out in the hallway alone.”

“You’re about to, angel,” Clay said. “Just relax and let us show you how pleasurable it can be.”

When they removed her bra and panties, Jay smiled and in a tone of awe said, “Look at this gorgeous body. Izzy, you are the most beautiful woman I’ve ever laid eyes on.” He leaned down and kissed her, tracing her lips with his tongue. “I can’t get enough of you, sweetheart.” He deepened his kiss, and she melted into him, feeling her toes curl and her desire ramp up.

When Jay released her mouth, she turned to Clay, who was completely naked, having stripped out of his clothes while they’d been kissing. He reminded her of a Greek god, with his chiseled frame and six-pack abs. But there was no fig leaf hiding his desire for her. His thick, long cock was hard. Without a word, he climbed in next to her, devouring her mouth.

His kiss was potent and caused her temperature to rise. She ran her fingers over his hard muscles, as their tongues tangled together.

Jay was naked and climbed in on the other side of her, running his hands down her back and sides. His body was the mirror image of Clay’s. Even their cocks seemed identical. Male beauty at its finest in visual stereo, right in front of me. I have two Greek gods. There was a primal ferociousness to his and Clay’s lovemaking that every inch of her seemed to be responding to.

I can’t believe I’m really doing this, but I can’t stop myself, nor do I want to even if I could.

Jay kissed the back of her neck, producing gooseflesh all over her body. Clay massaged her breast gently, continuing to kiss her into oblivion.

Feeling Clay and Jay’s caresses and kisses took her to a new level of foreplay she’d never experienced before. Her body was responding in ways that were new and exciting. She wanted more, needed more.

And they pushed on, increasing the pressure that was growing inside her. Clay sucked on her nipples and fingered her pussy, while Jay began licking her anus, something that was completely new to her. They were driving her wild with desire and she loved every second of it.

“That’s what we love to hear, angel,” Clay said, kissing his way down her body until she could feel his hot breath on her dampening pussy. “I want to taste you. Every drop.” He raked his tongue over her wet folds, and she felt a vibration that shook her entire body.

He and Jay licked her most intimate flesh, her pussy and ass, provoking a scream from her. She grabbed the pillow and placed it over her face to stifle the sound.

Jay began applying lubricant to her anus. Where he’d gotten it, she had no idea, but she was glad he had. The more he fingered her ass, the closer to the moon she got.

She heard foil ripping and knew they were putting on protection. Still, it was obvious they were planning this, but she didn’t care. She was glad.

She moved the pillow to the side, though keeping it close and ready should she feel the urge to scream again. She didn’t want anything to ruin this glorious feeling she was experiencing, like Anne knocking on the door concerned that something was wrong.

Clay moved up her body, again dotting kisses all over her skin. Once they were face-to-face with each other, he rolled onto his back, pulling her on top of him. She felt his cock rubbing on the folds of her pussy.

“Please. I need you inside me, Clay. Please.”

“Yes, angel. I want to be inside you. I want to feel your pussy tightening on my dick.” He pushed into her slowly, inch by inch, stretching her more than she’d ever felt before.

“Yes, you do, Izzy. You feel perfect.” Clay’s words were laden with hunger and vibrated against her flesh.

She was so hot and out of her mind with desire that this new experience took her beyond any doubt or hesitation of having Clay and Jay simultaneously. The feeling was out of this world.

“Blast off. Please. I can’t bear much more.” Once again she grabbed the pillow. “Oh God, how can I use this without smothering you, Clay? I’m afraid I will scream.”

He grinned. “I’ll help you, angel. We don’t want you to hold back. Scream as much as you like.”