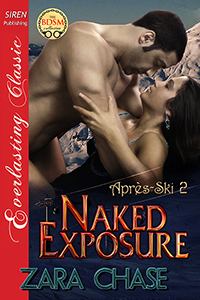 “Falconiformes, as you all must know by now, are diurnal birds of prey, but for the sake of our new arrival, please bear with me if I repeat myself.”

Standing at the back of the group, Sabine felt the full force of Rick Dwyer’s megawatt smile. All heads turned in her direction. The men flashed welcoming smiles. The other three females in the group fixed her with warning scowls that screamed hands off. She wanted to tell them to lighten up. She wasn’t there to dance the horizontal mambo with the hunky group leader.

“I appreciate your making allowances for my ignorance,” she said. She’d read up on the eagles nesting here in Nevella so she would seem convincing in her role as a conservation enthusiast, but it suited her purpose to play dumb.

“No problem.” Rick returned his attention to the entire group. “These birds used to be a common sight in Nevella. Now we have less than twenty pairs nesting here. Our job is to ensure they can nest without being disturbed until their eaglets hatch and can fend for themselves. Now that the Nevellians have woken up and realized they have an endangered species on their mountainsides, we have their backing to carry out our protection program—”

“But they’re not putting their money where their mouths are?” someone said censoriously, speaking English with a heavy German accent.

“Unfortunately not, which is why I need you guys. You share my passion, are willing to suffer the less than salubrious accommodations, and work for free.”

General laughter greeted this comment. They all knew they were being exploited, Sabine figured, but since it was for the greater good of the eagles, it made them feel like they were making a difference. Sabine had to hand it to Rick. By reminding them they were doing their bit to save the dying planet, he had them eating out of his hand. Hmm, now there was an idea. No, don’t go there!

“Look upon your time here as an investment in the future. It would be a tragedy if later generations were deprived of the sight of these magnificent birds in their natural habitat. But, if we do our job right then in time their numbers will increase.”

“How could anyone steal their eggs when they nest in such inaccessible places?” asked one of the volunteers. “I know the eggs are sought after, but they’re not worth breaking your neck for, surely?”

“You’d be surprised how much they fetch on the black market,” Rick replied, grinding his jaw. “Where there’s that sort of money involved, people tend to get inventive and take crazy risks to cash in.”

“They could abseil down that cliff face,” one of the guys suggested.

“They could, and they have, on more than one occasion. That particular access point has been blocked off, but they could still climb up from this position, and will probably try it at some point. That’s why we are here.”

Sabine hated to admit she could have listened to Rick talking about his environmental program all day. In spite of her knowing he wasn’t the idealistic conservationist he made himself out to be, his enthusiasm was still infectious. His expert knowledge on the various protection schemes running in Nevella, and the soft, lilting cadence of his voice as he explained more about this particular one, held her spellbound. She could see it had the same effect on her fellow volunteers. They were friendly enough, but had bonded before she arrived. Their closeness reminded her she was the new girl, as evidenced by the females’ wariness of her. Whether that was intentional or not, Sabine couldn’t have said. Nor did she much care. She came here with an assignment to complete and it had nothing to do with winning popularity contests.

Rick was a tough, disarmingly handsome guy, very easy on the eyes, which is probably what had gotten the other girls’ panties in a wad. He sported a thick head of red hair held back in a ponytail to show off chiseled features, gorgeous greenish-blue eyes, and the most devastatingly wicked smile she had seen in a very long time. Not that she was interested in him as a person. It was part of her job to be observant—to look beyond the obvious—and Rick Dwyer was very obviously a Class-A hunk. Not that such considerations would affect her judgment, but perhaps it explained why he had been able to fly beneath the radar for past two years when a lot of important people were very anxious to get their hands on him. In her experience, people were always more accommodating, more willing to overlook flaws, if the guy who required accommodating was a sexy hunk who oozed charm and machismo. That was the way the world worked and Sabine had long since stopped railing against the unfairness of it all.

Another blow hit her rear end, at the same time as the fading sensation from the first one hit her nerve endings, setting them on fire. Hell, perhaps there was something to this weird shit after all. He was watching her, probably gauged her reaction, and slapped her a little harder. This time she welcomed the blow, impatient for it to become pleasurable. If she wasn’t feeling so vulnerable this might actually be fun.

“Yeah, I know. Didn’t I tell you you’d take to this like a natural?” Rick sounded smugly pleased with himself. “If you could see your backside, honey. It’s all nicely pink, just asking to be fucked.”

She shuddered. “No, not that.”

“Not tonight, no. But soon. You have to let me have all of you, sweet darlin’.”

“Shush. Turn onto your back. That’s enough punishment for the first time.”

He straddled her, taking his weight on his knees and clutching his throbbing erection in both of his hands. He rubbed its tip over one of her nipples, tantalizing and teasing. Hell, she was ready to come again already but he looked set to play for hours. Where did he learn such self-control?

“Will you let me sink this baby into your tight little cunt, darlin’?”

“Whose fault is that?”

“I need to taste those sweet lips of yours again.”

He stretched full length above her, this time bracing himself on his elbows, still not touching her as he claimed her lips in a firm, drugging kiss. She knew what to expect this time and opened her mouth to invite him inside, thinking the unthinkable. She wanted use of her hands so she could wind them around his neck, pull the band from his hair, and sink her fingers into it. She felt his thick cock pressed against her belly, pulsating, throbbing, and lifted her hips, hoping to persuade him to really get the party started. He chuckled around their fused lips and did nothing to ease her aching need, other than to stoke it with seductive sweeps of his magical tongue. God, but he was good at this and Sabine never wanted the moment to end. Except, of course, she did. The need to have him inside of her grew more urgent by the second. In the end she could stand the torture no more, and tore her mouth away from his.

“Rick, you’re a lot better at this than I am, I freely admit that. But please, don’t make me wait. I need you.”

He climbed from the bed, rummaged about in a drawer and ripped open a foil packet with his teeth. She watched as he rolled the condom down his thick length. Then the bed dipped as he rejoined her and positioned himself above her.

“Seeing as how I can’t use my hands, given how much you would hate my touch—”

He silenced her protest with a brief kiss. “A promise is a promise, babe.”

Sabine didn’t recall him promising not to touch her, but now wasn’t the time to debate the point. He put a finger beneath the waistband of her panties and pulled it away from her body before his finger did more than graze her skin. She lifted her butt for him and he whipped her panties down her legs. He dropped his head and bit lightly at one of her sensitized nipples as he nudged the head of his cock into her entrance. She spread her legs wider, greedy to finally have him where she most wanted him to be. Then she did something she never imagined she would ever voluntarily do and wrapped her legs around his waist. With the few men she had picked up for sex in the past, she had always been the one on top, directing operations. This was entirely new, frightening, but entirely exciting. Rick’s cock was almost too big for her, and stretched her pussy to the limit. The feel was exquisite torture, especially when he bit a little harder at her nipple at precisely the right moment.

“That’s it, honey.” He lifted his head from her breast, his forehead peppered with perspiration, his hair falling from its ponytail and cascading over his shoulders. “My, you’re a greedy girl. You’ve taken all of me already. Come on now, let’s really fuck.”

He upped the pace and Sabine moved with him, loving the feel of his loaded balls crashing down each time he thrust into her, seemingly holding nothing back. Seeing he was so perceptive, he must have realized she needed to be fucked as hard as he could give it to her. She tightened her muscles around his length, reveling in the abrasive feel of his cock against the walls of her pussy, watching the cords in his neck standing out in harsh relief as he worked her hard. And then harder still.

“You feel that, darlin’? You like my cock inside you?”

“Let it go, sweet thing. Don’t hold back on my account.”

“How can you…your control, it’s astonishing.”

The undulating motions of his body caused the hairs on his glorious chest to brush against her sensitized tits. It was a new experience for Sabine, but she didn’t try to shy away from glancing physical contact—in fact, she welcomed it. 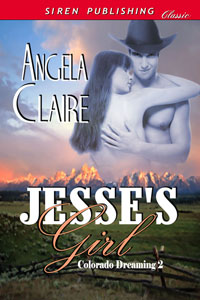