The gods were dead, everyone knew that, so why was Alayna wasting her time in attending the ceremony at the temple? No one had seen or heard from the gods in over a hundred years, perhaps they had never existed at all. Still, all she had to do was attend the ceremony, put her childhood behind her and she could leave the village once and for all.

But the gods weren't dead, not in the manner Alayna thought. They had returned and were hungry.

Traven had been watching her, waiting, studying Alayna for a long time and now it was time to claim her as his Chosen, his pet, his slave and more. And his desires were darker than Alayna could have ever imagined. 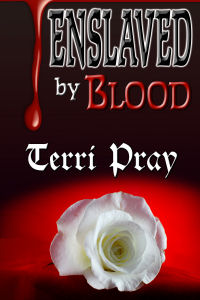 There was no escaping the intense look within his violet eyes. The protests that would have otherwise gained life so easily now stilled under that gaze. She could still taste the leather on her lips, still feel the oil between her thighs, within her ass, her nipples pressed against the thin cloth that molded to her body. Reactions that gained life despite that soft warning voice at the back of her mind. Dangerous, he offered death, pain, humiliation, she could see it all shining within his eyes…
She wanted to pull away, deny him, leave, but she couldn't. That desire had been caged, locked within her by the key that existed in his gaze.
"I offer you what no mortal ever could, Chosen. A life such as few dream of. All you have to do is give yourself to me freely." His hands moved from her body, the grip gone from her hair, the light touch missing from her cheek. Now he simply spoke and waited with his hands on his thighs, a dagger with a blade of red metal resting in his left hand across his leg.
She didn't want to take that step, but how else could she make them believe? No, it was more than that; a part of her wanted to, more than a part. His eyes, she couldn't pull away from his eyes, nor deny the heat that throbbed between her thighs. No man had ever touched her there, no one save herself until the preparations within the bathhouse, yet she knew what she wanted, needed. Just a touch, his touch, his lips across her skin, his hand within her hair once more, would that be so wrong to want?
"You want it, don't you." He smiled. "You can feel it, the offers of my touch, how it might be to curl at my feet?"
No, this was wrong. He had had her drugged, or there was something she was missing. It didn't matter how good his words felt, how they teased her with images that left her pressing her thighs together, almost squirming on her knees, she couldn't do it.
"Remember how it felt just a moment ago, how your tight little cunt clenched as you obeyed me and worshiped at my boots? That feeling is only the beginning. I can teach you so much more, bring you to the lowest in your life before I raise you to heights you have yet to even dream of."
"How?" Hadn't she screamed a denial? So why had it sounded more like a question, a way of seeking a path into the very service he offered?
"Bare your throat for me," came the soft whispering growl of a reply.
It didn't matter anymore why his words pulled at her core, or that a dozen others were watching her. Without hesitation she moved, tipping her head back, lifting her chin. She didn't even flinch when the blade touched her skin, slicing a small nick into her flesh. Before she could cry out, his hand returned to her hair, holding her in place so tightly that even if she had been able to try and move, that option was now taken from her.
Fear erupted into life, a cry torn from his lips at the touch of his teeth against her throat. Sharp, she had never expected teeth to feel so sharp and so compelling at the same time. Her back arched within his grasp, she fought to keep her hands from reaching for him, from clawing into him with a hunger she wanted to deny. 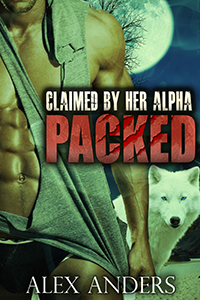 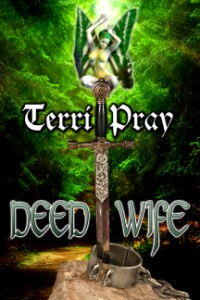