A suicidal young man, Colin Dobson, seeks death, but finds an unconventional reason to live in the arms of a seductive, dark stranger. Rowland Campbell is an ancient and powerful vampire on the brink of death after a surprise attack by vampire hunters. Dark desires are awakened, as one strives to survive and the other begs for deliverance from the burden of life. 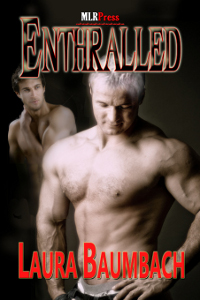 Prologue
“That is a very long way down.”
Standing on the curved top of the thin railing of his apartment’s balcony, the ground looked farther away than it had when Colin had been standing on the balcony itself. Ten floors were very high. High enough to make sure when he hit the street below, there wouldn’t be any chance of a medical team having something to work with.
Colin shifted his weight slightly, his unbuttoned, white dress shirt billowing and flapping in the night breeze around his slender body. The cuff of one sleeve was edged in bright red, and a slow trickle of the same color dripped from one fingertip. His faded blue jeans hugged his hips and thighs, following the curve of his small, firm ass like a well-worn glove.
He looked down at the parked cars and faint white lines on the street below. They swirled dizzily as the half bottle of sleeping pills battled with the two inches of whiskey he had washed them down with ten minutes ago. He averted his gaze to take in the heavens above him, but the night was black and starless, as void and dark as his tired soul. At twenty-five, Colin Dobson felt the weight of an entire lifetime on his shoulders.
A slight wind blew through his dark hair, ruffling his curls and making his unfocused eyes water. The sound of paper rustling nearby eventually grabbed his attention and he glanced down to see the letter he had dropped earlier, the final straw in a long string of unpleasant happenings in his short, chaotic life. It was such a small thing, really, being left alone for his birthday once again, but it was just the final snapping thread to unravel his tenuous self-control.
The paper was trapped in the intricate ironwork of the patio set, captured between the biting wind and the table leg. As he watched, the breeze shifted and the paper skittered away, like so much in his life had done lately, disappearing into the night.
Half lidded, his teal eyes followed the letter, then drifted closed. He opened them to find himself staring at his sock-covered feet. His black-clad toes were curled around the polished iron banister to keep what little balance he still possessed. He studied the weave of the knit fabric for a moment, fascinated by the tiny line of golden thread that ran across his toes. The thread moved with each flex and wiggle of his foot and Colin suddenly imagined it symbolized the delicate rope of sanity he was holding onto at the moment -- thin, wavering and surrounded by darkness.
A bright spot of color made his gaze dart to his left. He stood mesmerized by the tiny dot of red that spattered onto the railing, and then dripped off the edge to splash down into the street a hundred feet below. Colin cursed himself for his cowardice. He hadn’t been able to cut through his wrist deep enough to end his problems in a neater fashion, but a lifetime fear of sharp objects took control and his attempt stopped almost as soon as it began. All he had to show for it was a superficial three inch cut that was more scratch than laceration and another blow to his dwindling ego. He sighed at the thought that he wasn’t even man enough to take control of his life long enough to end it in a decent, respectable manner. Instead, he’d had to turn to drugs and alcohol, with an impending grand finale of blunt body trauma in the middle of a public thoroughfare ten stories away.
Another splotch of color joined the first, and Colin forced his gaze up as bright red layered over the now darker, lifeless rusty brown. A wave of dizziness floated around him, invading his thoughts and clouding his mind. Now that he was on top of the three-foot tall railing, he was suddenly confused about his plan of action.
Should he fling himself off the building, taking temporary flight like some comic book superman, pretending to be the hero for once in his life, if only for a brief second? Or should he just step off his balcony into the clear night air like he was walking off a city curb?
Did it really matter which one he picked? He knew no one would know what he was thinking. No one else could understand how he felt right now. Colin had a vast, aching emptiness that had shoved aside the constant pain in his chest until he was little more than an empty, useless shell. No one was left to care how he died or what his last thoughts would be. His life had been nothing more than a small hiccup in the timeline of the world anyway. A tiny blemish that would be forgotten before the spectators gawking over his broken and mangled body faded away.
Throwing his head back, Colin turned his handsome, still boyish face upward, tensed his legs for the jump, spread his arms wide, opened his glazed, watery eyes to meet his coming fate face-to-face like the man his father always wanted him to be, then slowly tipped over the edge into the welcoming night. 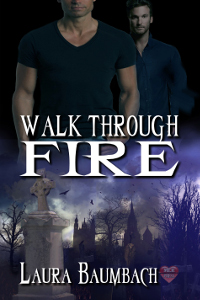 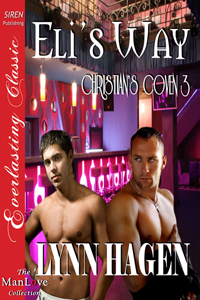 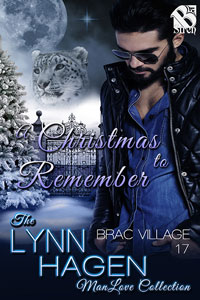 A Christmas to Remember (MM)
Lynn Hagen
In Shelf
$5.50
Tweets by
sirenbookstrand