Fancy a Highland fling? This anthology showcases a sexy Scotland for your pleasure.

• Up Helly Aa celebrates the Viking history of the Shetland Isles in a fiery tangle of sex.

• The Blackening sees a friendship renewed, and then some when a visitor takes part in the ancient Pagan ritual of blackening a bride-to-be before her big day. There are plenty of opportunities to get naked and dirty in this tale.

• Scottish grub: The unique cuisine of Scotland is explored one sexual encounter at a time. However sex and food is a partnership made in heaven, so good taste wins in the end.

• Local Colour: A hidden heritage is discovered where a woman learns to love submitting to her Master.

• Scotland the brave: a fan of the film, Braveheart works as a gigolo. He meets his match in a woman who loves William Wallace just as much as he.

Everyone has a good time on this tour; they just have to let go of their preconceptions and watch as the sparks and the sporrans fly! 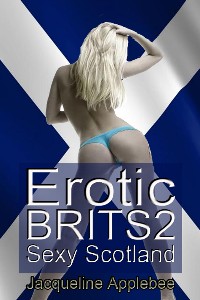 The hallway wasn’t big enough for both of the men to carry Ricky, but much to my surprise Tyree hoisted my sleeping husband over his shoulder, and carried him the rest of the way. I watched spellbound as Tyree’s muscles rippled when he moved. I found myself following him without thinking, just so I could get a better look. Tyree was magnificent.

The door shut behind me once I was inside my room. I could hear Craig talking to Annie outside, but soon their voices disappeared into the distance. I was alone with a heaving, sweaty man and my unconscious husband. I gulped as my fantasy rose up in my mind once more.

“So you’re on honeymoon then?” Tyree asked once he deposited Ricky on the side of the bed.

Tyree shook his head, looked down at Ricky. “Have you had the chance to even do anything yet?”

“Consummate anything,” he said slowly. “Do you know what consummating a marriage means?” Tyree moved to me with one long stride. He was suddenly far too close. I was trapped between the big man and the door. I couldn’t move.

“I know what it means.” My voice felt small. I couldn’t look at anything but his hard flat chest. How had I got myself into this situation?

“So you’ve had sex?” Tyree sounded as if he didn’t believe me.

“What my husband and I do is none of your business.” I could hardly breathe. My hands fumbled behind my back for the doorknob. Tyree reached around, grasped my hands in just one of his. His bulk pinned me to the door. I couldn’t see anything past Tyree’s muscular body. The big Scotsman became the whole world.

“I could make it my business,” he purred. “Your man’s out for the count. We’re all alone. I could do anything I want.” He ran a thick finger over my breasts. He found my hard nipples instantly. “I could bite down on these tits of yours.” He pinched one of my nipples. The hard pressure made me hiss. “Or maybe you’d like to finger your hot hole whilst you sucked me off? How’s that sound?” I could only whimper as Tyree continued to speak. His grasp on my hands tightened. “I think you’d prefer to be tied up, wouldn’t you? Hands tied behind your back sounds good to me. You wouldn’t want to get away once you were on your knees, and my cock was in your mouth.”

“Please,” I whispered, but Tyree stopped me from saying anything further.

“I’ll not force you, if that’s what you’re fretting about.” He winked at me. “No, darling, you’ll beg me to screw you before I give you the pleasure.” My breathing faltered in my throat. “Tell me what you want, darling,” Tyree crooned.

I couldn’t believe the audacity of this guy. I’ve never had to beg for anything in my life. No one had ever made me sink so low. But the thought of it made my arse twitch, my nipples strain, and my clit throb like it was burning up. 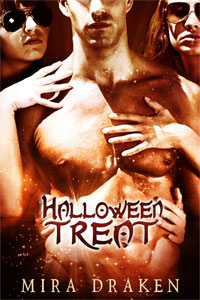 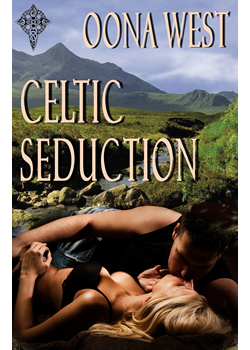