It's a temp worker's dream for Aaron Adams-working at an upscale accounting firm in Phoenix that openly caters to hiring GLBT employees. Better still, Aaron's finally been invited to sit at the lunchroom's "rainbow table," where all the "gay elite" at DCH mix and mingle together, sharing laughter and office gossip. Soon, however, Aaron realizes there are some very stereotypical haters in the bunch-when a short, beefy, almost supernaturally good-looking Latino enters the lunchroom just long enough to buy something from a vending machine. The entrance, and exit, of senior accountant Raymond Aguilar sets the rainbow table to twittering; it seems the gossip going on around the office is that practically every gay guy in the building has bedded the hunky Latin stud, who's pretty much known as the office slut-something Aaron has a really hard time believing. Convinced Raymond Aguilar is the victim of some bitchy queens who are just jealous-or angry because they can't have him themselves-Aaron takes it upon himself to visit Aguilar's office that afternoon, to tell him what's going on…where a wayward erection, from being so close to the testosterone-oozing slab of machismo, turns Aaron's meeting with Raymond into a new definition of "employee relations." 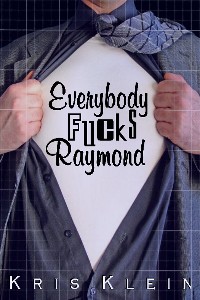 "...hot sex and likable characters...Pick it up today for a fun fast read!"

"Kris Klein keeps them coming...literally. Both the awesome stories and hot men… And in true Kris fashion, the sex is raunchy and hot."

“I–I mean I was asking who you were,” I replied, nervous now. “I had never seen you before, and was just wondering who you were; I work on this floor, and thought I’d met everyone on it by now.”

“Oh. I see.” He studied me now, those deep, dark eyes boring into mine. It was unsettling and big-time arousing at the same time; my dick was starting to stir in my pants.

I did. Without naming names, I told him of the rumors I’d heard about him in the lunchroom; of the stories going around about his sleeping with almost every gay male employee at DCH, and the even more vicious rumors about his being…unclean. Raymond Aguilar sat listening through my entire monologue, face expressionless and those incredible eyes boring into mine–and when I was through, I felt my working as a temp at DCH was through, too. If nothing else, I was now almost twenty minutes late coming back from lunch.

“And…I thought you should know,” I finished. “I know I don’t know you, and your personal life is none of my business. But the stories going around about you don’t add up with the guy I saw in the lunchroom. I’ve always trusted my gut…and my gut’s telling me, this time, that a pretty nice guy is getting shafted by a bunch of vicious, jealous people who…” I drifted off.

“Who what?” he asked. He was sitting back in his leather desk chair again, fingers steepled in front of his face.

I sighed. Shit, I’d been honest so far. “Who probably want to bed you, and can’t…so started the rumors themselves, as a form of payback.”

I shut up then, finally. The room went dead silent, Aguilar’s dark eyes still fixed on me–his large, strong man’s hands still together in front of his face as he thought.

“Would you believe me if I told you I was a virgin?” he asked.

“With your looks?” I replied, smiling despite my nerves. “No.”

He laughed, dropping his hands to his lap and looking relaxed at last. “Well, thank you. You’re right–I’m not. But I can tell you, in all honesty, that I’ve never–ever–had any kind of sexual contact with anyone in this firm; I wouldn’t do anything like that with someone I worked with.” He thought a moment. “Though I think I know who started the rumor about me.”

He stood up from his chair and came around to me, shoving some thick folders out of the way to sit on the corner of his desk. “I was wondering why no one would speak to me here anymore,” he sighed. “I used to eat in the lunchroom, but stopped because people all of a sudden stopped sitting with me. I couldn’t figure out why.”

He had been talking almost to himself, but now his eyes turned to me again–that intense, sexy stare. “How can I thank you for bringing this to my attention, Aaron?” he asked.

I swallowed hard, mind racing. He was close enough now, I could smell his cologne–the body soap he used. He smelled woodsy; masculine. He smelled like sex.

His eyes moved downward, and for a second I couldn’t understand why–until I followed his gaze, and saw my navy blue twill slacks were now tented out in the front, at my zipper–with maybe the hardest erection I’d ever had in my life.

I blushed, looking back up at him in pure embarrassment as our eyes met again. “I–I’m sorry,” I told him. “You…you’re just so…hot,” I finally said, feeling like a dorky teenager.

He smiled down at me. “Like I told you,” Raymond Aguilar said, voice low, “I don’t fuck my co-workers.”

“I’m a temp,” I replied, voice trembling. I’d never been so nervous before in my life. “Technically,” I added, “I don’t work for DCH.”

Raymond smiled again, a nervous tongue running over his lower lip. “Good point,” he whispered sensually–then bent down from his seated position as I sat forward to meet him…our lips colliding in a gentle, sensual kiss as his tongue slid into my mouth. 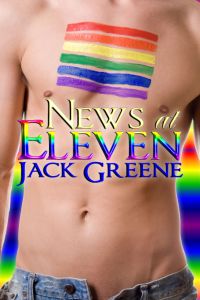 The Consort
Misty Malone
In Shelf
$5.99
Tweets by
sirenbookstrand