When Alex is called into the office to work for the day, he meets two women that influence his life: Emily – a coworker that he quickly becomes good friends with; and Daphne – an intern whom he lusts after. At the company’s Mardi Gras themed event, his eyes are opened to the true personalities of both women. Will he continue to deny the attraction that he feels for his friend, or will he listen to his heart before it’s too late? 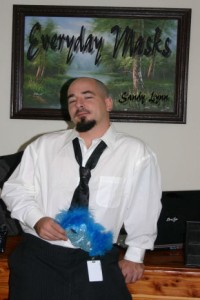