Sheriff Brandon Schofield and Finn Austen are still struggling to overcome the ghosts of the past and Finn's torture at the hands of his abusive partner, Dominic Bateman. Meanwhile an adult movie company has moved operations to an abandoned warehouse in Clear Water Creek and its stars are vanishing. Soon Brandon's investigation leads him to Iowa and he finds the men involved have ties to Finn's past…

The day was gloomy and dank, but Finn didn't much feel like staying inside. He went down to the local café and sat at the counter, ordering a glass of milk and some scrambled eggs. Fred Davies' boy, Jordan, was serving and gave him a big smile as he took his order.

"Fine, I guess." Finn would never say he was doing great, because he usually wasn't. It made him uncomfortable that everyone in town knew his business, but Jordan was a good kid with something of a hero-crush on Brandon. A couple of months after Brandon had shot Dominic, Jordan had confessed to Finn that he and his friend Simon had been picked up in a bar by Dominic and taken outside to the alleyway, where he hadn't played so nice with them. Finn remembered all the times Dominic had not played nice with him and had avoided Jordan like the plague after that. He felt bad about it because Jordan was okay. With his skinny jeans and dyed black hair, he was all the gauche difficulty of early adulthood embodied and he made Finn feel kind of protective. As he understood it, Jordan was somewhat of an item with Simon now and he was out, if not proud, thanks to Brandon, who had helped Jordan through breaking the news to his father.

Jordan smiled at him sympathetically, clearly knowing Finn wasn't okay at all, and turned to hand the check through the serving hatch.

"Well, this'll cheer you up. My aunt's visiting from out of town. She saw one of your paintings displayed in the general store and bought it. She thinks you're great."

Finn smiled. Since Brandon had persuaded Priscilla Barnwell and a couple of other local business owners to display Finn's paintings in their stores, Finn had sold several pieces.

"You need to run on over there for your money."

"Yeah," Finn said thinking with excitement of telling Brandon the good news. His spirits immediately sank because he had no definite confirmation Brandon would even be back that night.

Jordan poured a glass of milk for him as the bell went over the door and a gust of cold wind blew a man inside. A second later, someone slid onto the stool beside Finn.

Finn couldn't help but glower. He had no interest in mixing with Brandon's waifs and strays, particularly ones who had seen him naked with a hard-on.

"No thanks, I'm good." Finn gulped some of his milk. He saw Jordan looking at Zakes and he glanced sideways to see Zakes blatantly checking Jordan out. He frowned. Who the hell was this guy?

"No," Jordan said. He blushed under Zakes's scrutiny and Zakes grinned.

"Then I'll take some coffee and your phone number please."

Jordan stared. He scuttled off, his face scarlet.

"Leave him alone, he's with someone," Finn growled.

Zakes shrugged. "So? So are you, but it's not going to stop me trying. You sound hot when you're getting fucked by the way."

Finn's mouth fell open. His face heated up to his ears. He couldn't believe it. He tried to recover his composure. "You know what, little boy, I'm at least ten years older than you and I live with the man of my dreams. Why would I even look in your direction?"

Finn stared at him. His gaze lingered on the finger marks around Zakes's neck. "What are you, some sort of rent boy?" 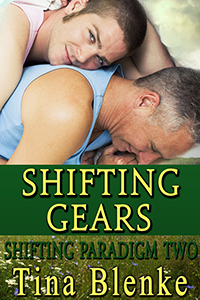 Quade and the Glazier (MM)
Cara Adams
In Shelf
$3.99
Tweets by
sirenbookstrand