Lindsey Holt is a woman on a mission. Every year she attends the local renaissance faire to celebrate her birthday and enjoy a little escapism. This birthday weekend is going to be the wild party to end all wild parties!

With the encouragement of her fun-loving friend, she dresses the part of a wench and goes forth in the pursuit of a pleasure-filled weekend. She catches the eye of two drop dead gorgeous knights who have set their sights on her, but she gets more than she bargained for when a sensual siege ensues.

Ethan and Christian are walking, talking sex gods, and their tight emotional bond cries out for a third to complete their unique relationship. Lindsey is the voluptuous beauty of their lustful dreams, and they are determined to have her.

Dragonsinger
Good story. Loved the heros. Heroine was a little weak because of the whole mental anguish of her not being able to accept loving two guys.
RomanceJunkie
Read more...
Professional Reviews

4 ANGELS: "Lindsey decides to let loose for one glorious weekend to celebrate her birthday. She goes to the local renaissance faire to have some fun and meets two glorious looking men who sweep her off her feet. Ethan and Christian are lifelong friends looking for a woman that can love them both. When they meet Lindsey, they are sure they have found the one. After a passionate night together, she disappears, scared by her feelings and overcome by insecurities. Will they find her again and convince her to stay for good? I have a fondness for novels with plus size heroines. In this book, Ms. Black does a wonderful job of illustrating the insecurities that an overweight woman might feel. They don't just disappear when the heroine falls in love either. She continues to explore the issues and how they can affect a relationship or person's ability to trust. I like that this wasn't all just glossed over once the heroes were in the picture. Speaking of the heroes, Ms. Black has written a pair of deliciously tormented men who are proud and at times very stubborn. They have a dark past that has scarred them and still they manage to fall in love with Lindsey. They go after what they want but then get frustrated when they are thwarted at every turn. I just wanted to take Lindsey and shake her until her teeth rattled. It was so satisfying to watch each characters torment and then finally, finally they got it right. Lindsey finally decides to trust her own feelings and her men. It was a wonderful HEA that left me a little misty." -- Ursula, Fallen Angel Reviews

4 DELIGHTFUL DIVAS: "Layle Black’s Faire Dreamer is an atypical love story set in modern times with an old fashioned flare. Lindsey is the type of female that many readers will associate with: not stick thin, curvy, and down to Earth. Ethan and Christian are two hot studs that won’t let their attraction for Lindsey go unnoticed. Ms. Black skillfully creates characters that make you sigh, laugh, and want to cheer for them. Faire Dreamer is a fun read that had me smiling from the first page. Hot, steamy sex scenes and the minor characters are intriguing enough to make the reader take a second look at them, too. I will definitely be looking for more writing from this author." -- Susan, Dark Divas Reviews

All Lindsey could do was sit back and take the merciless torture. Ethan began feeding her from a giant tray of fruit and honey, choosing crisp slices of apple dipped in golden honey. He carelessly drizzled her chin and lips liberally on the way to her mouth, immediately cleaning the sweet mess with his mouth. For every bite of fruit and drugging kiss, Christian’s nimble fingers danced flirtatiously just within the folds of her nether lips.

Suddenly, Christian pulled his hand away, and cool air flooded the heated delta of her thighs. She moaned in dismay at the loss, her hand reaching out as if to pull him back. Chuckling, Christian grasped it, bringing it to his mouth and grazing the knuckles with a fleeting kiss of farewell. His met Ethan’s gaze over her head.

“I’m going to the pavilion, to make things…comfortable.” His dark gaze returned to Lindsey. “Bring her in twenty minutes.”

Placing a final kiss on her sticky lips, he stood and left the table. Lindsey frowned in confusion and turned to Ethan. “What does he mean?”

Ethan brushed his lips across her neck, whispering in her ear. “He’s going to make a place for us to be alone. We’ll join him shortly. Come on, let’s dance.”

Before she could protest, he had her out from behind the table and on the dancing platform with other swaying couples. Turning to look back at the table for Cat, she found no help in that quarter. Kent had her practically bent backward over the table and was feasting on any flesh exposed to his sight.

“Can you feel how hard I am for you, my Beauty?” Ethan rasped his passion in her ear, thrusting his hips fiercely against her, punctuating his words.

A verbal response was impossible. Instead, she stood on her toes and pulled his face toward hers. She let her tongue play at the edge of his lips, daring him to take what he wanted. It was like waving a red flag at a bull, and he charged full tilt.

She was unprepared for the onslaught. His mouth was ravenous, ravishing her lips as if they were his alone to toy with. She embraced the storm of passion, encouraging him, not caring who was looking on. He tore his mouth away, gasping for breath, his eyes molten mercury in his tanned face.

“I’d say it’s been twenty minutes. Let’s get the hell out of here.”

He pulled her from the dance floor, heading toward the tavern door. She heard him mumble something about Christian being ready or not because they were coming anyway.

Lindsey gasped, trying to slow their momentum. Abruptly, Ethan stopped and turned to face her, his eyes blazing with an undefined intensity. Her breath caught at the determination in his gaze. His grip on her arm was gentle but unrelenting.

His question sounded forced and desperate. Lindsey blinked at the note of uncertainty underlying his voice. Uncertain? He looked as if his and Christian’s lives depended on it. Slowly, she nodded, unable to deny the lust eating her alive. He let out a deep sigh as if he’d been holding his breath waiting for her response. A warm smile eased the tension tightening his handsome face.

Lindsey nodded again, ignoring her fear of the unknown. He pulled her from the light of the tavern into the mysterious darkness of the night.

Christian moved his hands around her quivering hips, slowly gliding down to the delta of her thighs. With one long finger, he shallowly delved between the saturated folds of her womanhood.

“While he’s working that sweet, wet hole, I want to play with that beautiful ass. I want to push my tongue into that tight ass while Ethan is eating that hot pussy. You like that?”

“Not quite yet, my sweet. I’m not finished telling you how we will prepare that luscious ass of ours. After we’ve covered your whole body in slick oil, I’ll start working the cheeks of your ass, kneading and relaxing them. I’m going to push those cheeks as far apart as I can and let Ethan hold them apart so I get total access to that perfect rosebud. Do you know what I’m going to do next?”

Lindsey moaned in response. She could already imagine his warn breath teasing the ultra-sensitive area. She ground her hips back into the huge cock poised in that very spot. She knew if she thrust her hips more forcefully, the head of his turgid flesh could easily begin a pinching penetration into the untried canal.

Once again, Christian intercepted her wild thoughts. “Don’t even think about it, Beauty. It would hurt you and bring little pleasure. Be a good girl and listen.”

He followed his slightly stern reprimand with a firm but gentle swat to her ass cheek. The pleasure-pain of the blow caused her pulsing clit to reverberate. Another landed smartly on the other cheek, followed by a slightly lighter one on the first cheek. Her breath caught at each closed-palm spank. Lindsey knew her ass was blushing red from Christian’s spanking. Every time his hand landed, it forced her hips into Ethan’s attentive hands.

Ethan’s deep-throated chuckle vibrated through her chest, and he lifted his head from his tortuous task. The minute he moved, cool air replaced the heat of his merciless mouth.

“You’ll take as much as we dole out, Beauty.”

Ethan knelt down before her, his face eye level with the curvaceous expanse of her hips. Gently, he halted the thrusting action of his friend’s hand, and for the briefest moment, their eyes met in silent communication. No words were necessary, each knowing the other’s desire.

“Are you ready to hear the rest, my love?”

Lindsey could barely pay attention to the inflaming words Christian whispered in her ear. His hands had reached up to take hold of her breasts, not so gently pinching the engorged nipples. The combination of his pulsing cock nudging the tight sphincter of her rear and Ethan’s voracious tongue at her pussy sent her over the edge once again.

Thrusting her hips forward, she vainly tried to ride Ethan’s marauding tongue, trying to seek a fulfilling relief to ease the fire roaring in her center. His tongue remained frustratingly outside her pussy, continuing only to tease, making brief flicks at her clit and opening.

“You ready to come again, baby?”Christian asked as he gently bit her earlobe, keeping up the hypnotic rotations of his hips.

“Ethan, I think our Beauty wants a ride. Will you do the honors?” 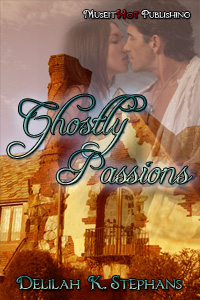 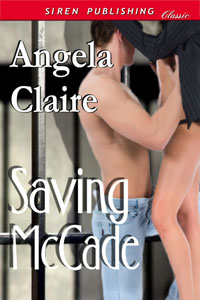 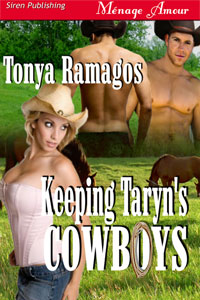 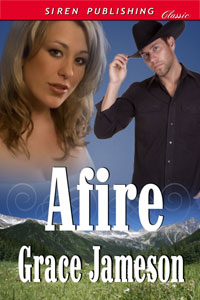 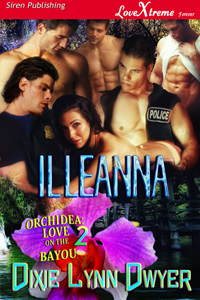