Magic lives in the New World, too…

In her second year at the Borealis Academy of Magical Arts, hidden deep in the Alaskan wilderness, Fallon O’Reilly finds herself drawn into a deadly race to save the lost arulataq villagers from the mysterious and terrifying Ice Queen. When she thwarts the woman’s evil plans, Fallon and her friends become the target of an implacable revenge. 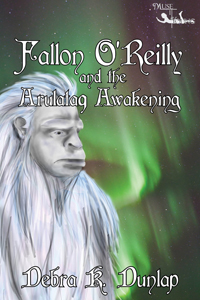 Bert spoke in a voice filled with sorrow. “Several years ago, a beautiful woman appeared in our village. Many of my people rejoiced. Too long had we lived estranged from our human brothers and sisters. Perhaps this woman could mend the rift and restore the ties of friendship between our two peoples.”

“The Ice Queen? She came to your village alone?” Fallon’s eyes widened as she stared at her friend.

“Yes, she came alone. Some of us mistrusted her. Why did she hide her face behind that strange mask? Others, believing she had perhaps suffered an accident, considered it impolite to question her or even to mention the mask. The elders took a vote at night while the woman slept in her camp outside the village. They decided the arulataq would extend the hand of friendship.” He paused to look at Fallon.

Something wriggled in her robe pocket. “Oh, sorry for interrupting. It’s just Warrior. Do you remember him? I had him with me last year.” She pulled the tiny dog from her pocket and sat him on the step. Warrior sniffed at the giant arulataq and wagged his tail.

“Ah, yes. The brave one who found his way to the castle despite his injuries. He alerted the headmistress to your plight.” Bert used the tip of a huge finger to scratch behind Warrior’s ear.

“Go on. What happened next? After your elders voted to befriend the woman.”

“The next day our village chief invited her to stay with us. He even moved his family into the home of his brother and gave her use of his home, the largest in our village. She played with our children, befriended our wives, and spoke with wisdom in council meetings. Some remained suspicious and watched her closely, but eventually she lulled most into believing her harmless.”

“Most? But not all? Did you believe her harmless?” Fallon absently petted Warrior, who nestled in her lap.

“No, I did not, but what could I do? I was but a youngling without a voice in the council.” He shook his shaggy head, large eyes filled with sorrow. “My brother believed her, as did my brother’s wife.”

“Where is your brother now?”

Bert’s shoulders slumped. “He is with her. They are all with her, every adult male of fighting age.”

“Your brother joined her army?” Fallon could hardly imagine gentle Bert’s brother as companion to the terrifying Ice Queen.

“Yes. We awoke one morning to find every female and child had disappeared during the night.” Bert’s voice faltered. “She…she had taken them hostage. If we did not join her, our families would be destroyed, murdered. Most agreed to her demands. Those who did not agree were dragged off by Torvos, one of the few who willingly joined.”