Magic lives in the Americas, too…

To most people, the word “Alaska” evokes visions of a wild, mysterious land, but for Fallon O’Reilly, it means home. Growing up in a village hidden deep in the wilderness, she eagerly anticipates her first sojourn at the Borealis Academy of Magical Arts. Nothing dampens her enthusiasm; not the creepy bookseller, her sisters’ nagging or the world’s nastiest classmate.

However, when village inhabitants disappear, someone murders a student’s pet and she suffers a near-fatal attack by a horrible, hairy creature, Fallon’s curiosity draws her into a dark mystery. Can a twelve-year-old witch, together with her wheelchair-bound cousin and new found friend from Wyoming, uncover the identity of the evil behind the chilling events?

From the wind-swept tundra to the frozen peaks of Mount Denali, Fallon’s struggle to protect the school and her fellow students encompasses a journey of far more breadth than she expected. 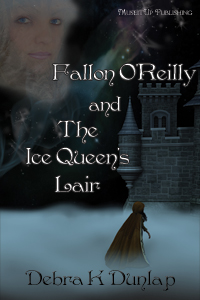 Characters are richly portrayed. The reader feels a kinship with them and shares their journey and Fallon’s fear. They will embrace the danger, mystery and intrigue in the fantasy fiction novel. I recommend this book. REVIEW by J. Aday Kennedy

Fallon heard Eddie laugh just before she heard a loud growl. She paused, one foot in the stirrup, to see something huge lumbering through the thick trees toward her. Frantically, she leaped on Snaefaxi’s back as the creature burst through the trees and rushed the final few yards toward her.

Eddie twisted in his saddle to peer behind his horse and Fallon shouted, “Go, go! Get Ardis out of here!”

The horse’s hooves pounded down the trail. Snaefaxi lunged forward, but the creature anticipated the move. With a wrench of horror, Fallon glimpsed a hairy, fanged face as it bounded in front of Snaefaxi. She released the reins, trusting her horse.

Snaefaxi wheeled and sprang away from the creature, Fallon clinging to the saddle. She heard the creature’s labored breath behind her. It was so close the stench overpowered the evergreen scent. As they neared the top of the rise, Fallon knew Snaefaxi’s valiant effort would fail. She looked frantically around her, seeking anything she might use as a weapon, while Snaefaxi raced ahead.

When they crested the rise, the creature was only a few feet from Snaefaxi’s hindquarters. Fallon saw the edge ended in a sheer cliff, dropping to the valley floor. There was no avenue of escape with the creature behind and the cliff in front. Fallon panicked trying to gather the reins as Snaefaxi pounded toward the cliff.

She closed her eyes as they sailed off the edge, the creature striking a blow on Snaefaxi’s hindquarters as the horse leapt. She wished she had been nicer to Tansy and Amilia. Poor little Gladys would be so upset. Thomas and Henry, her parents…she wished now she had tried to be nicer to all of them.

The snow glittered in the moonlight as they trudged through the darkness toward the castle. Fallon was lost in thought about the beautiful mare that saved her life. She did not notice anything amiss until Madame Epona grabbed her arm and hissed, “Stand still for a moment. Quiet!”

They stood silently and Fallon heard it. Strange sounds emanated from the direction of the forest. A cold, clear voice radiated menace, even though the words were unintelligible in the distance.

Madame Epona whispered urgently. “Drop down and stay quiet. Perhaps they will pass without seeing us. If they spot us, I will signal you to run. Run as fast as you can to the entrance doors. I will be right behind you, but stop for nothing. Get inside the doors and go straight to the Headmistress for help.”

Madame Epona silently watched the forest, tucking herself behind a small boulder that furnished the only cover. Fallon’s heart pounded and ice scraped her cheek as she flattened herself on the frozen ground.

A guttural voice spoke and the cold voice responded. “Where? Are you sure?” Rolling her eyes to peek toward the forest without lifting her head, Fallon saw several of the creatures like the one that attacked them on the cliffs. A tall, pale woman wearing a mask and wrapped in white furs accompanied them. The pale woman turned to the furry creatures. “Borag says we’ve been spotted.” In a low, urgent voice, the woman commanded, “Quick! Capture them before they can alert the castle!”

Fallon ran. She ran as if her life depended on it and she suspected that it did. The deep snow clutched at her feet and tore at the hem of her cloak. Her breath came in great gasps and she paused to grab her cloak, lifting it up to free her feet. She risked a glance behind her and saw two of the creatures loping after her. Madame Epona stood, arms uplifted, facing the pale woman. Fallon saw a jet of white light strike Madame Epona and she realized that the pause to watch had wasted too much time. The creatures gained on her.

She ran toward the castle. How could she hope to outrun those things? She knew how fast they ran. The creature on the cliff had nearly caught her and she had been riding Snaefaxi that day.

From 300 yards, she squinted at someone moving near the front entrance to the castle. Please, please turn around. Can’t you see that Madame Epona needs help? She moaned as a sliver of light gleamed through a crack in the door and the unknown person slipped inside the castle.
Fallon’s pace slowed as she struggled for breath. She heard the sound of the creature’s raspy breathing and a horrible, musky stench made her gag. Her foot snagged on a rock hidden beneath the snow and she fell.