During high school, Warren was just Wendy’s youth pastor. All grown up and shepherding over her own flock of church kids, Wendy Miller turns to her old friend for help. Not that Warren is that old. In fact, the two have a lot more in common than Wendy would have ever thought. After the death of his wife, Warren was sure he was finished with relationships. Wendy changes that forgone conclusion with her bright spirit and zest for life. Lining up their desires when they’re at very different points in their lives proves a challenge that might take a little divine intervention, or at least help from friends. 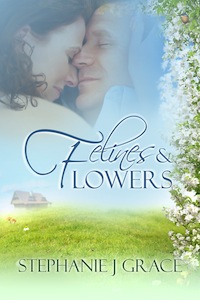 Wendy ran her hand over the soft fabric and groaned out loud. There was someone she’d been trying hard not to think about. It was completely inappropriate. And yet…Warren. And he was Warren. She didn’t think about him as Pastor Carmichael anymore, and while that felt weird, it also seemed right. She hoped. A perfectly nice sweatshirt she’d had since high school hung in front of her, but Wendy grabbed the sweater. If things were going to happen, it wasn’t going to be because of a sweater.

Or because of the little bit of makeup she put on nor the extra five minutes she spent on her hair. Walking to the church, she kicked herself a little. Maybe she was being obvious. Maybe Warren still thought of her as a nice kid instead of an adult. Maybe he wasn’t over his wife. Maybe—

“Hey, Wendy, can I give you a ride the last few blocks?”

She turned to see Warren’s car pulled up beside the sidewalk. Coincidence had never been so fortuitous. Wendy walked to Warren’s car, a decent, older model in good shape. She laughed on the inside because she could say the same things about its owner.

Wendy leaned on the window frame. “Well, are you sure it wouldn’t be any trouble?”

When he grinned, she believed she couldn’t be alone in these new feelings. Whatever sparked between them was unlike anything she’d ever experienced. It also made her want to grin just like Warren.

“No trouble at all, lady. Come on in. We can plot on how to present a united front.”

She got into the car and buckled her belt. “Oh, an ally. I like that. As the new girl on staff I sometimes get the pat on the head treatment.”

“Shoot, I’ve been on staff for nearly two decades and still get treated like the new kid on occasion. Most of the time it’s prudent to just take the head pat and be patient. When things really matter, they always work out.”

He pulled into the church parking lot and looked at her for a moment. The combination of his gaze and the soft expression directed toward her gave her a thrill.