Matthew Singer loves his two boyfriends very much, he truly does. But he's uncomfortable with all the extravagant gifts he receives on their fifth Valentine's Day/anniversary together. Nothing he says or does seems to discourage them. The gifts, sweet as they may be, are getting more obnoxious every year. Then he comes up with the sweetest punishment to dole out to his stubborn lovers.

Aiden Eastwood simply wants his boyfriends to feel loved. Since he has the money, he can spoil them both to his heart's content. Ironically, Edward Langston is an emotionally stunted psychiatrist, so to show his appreciation to his boyfriends, he buys them the most ridiculous gifts that he can think of.

Will Matthew's punishment discourage his lovers from buying more insane gifts in the future? Or will it backfire on him spectacularly?

"A part of me still cannot believe that the three of us are living together and sleeping in the same bed ..." Matt began, but Edward cut him off with a lewd grin and said, "... and fucking one another, multiple times a day almost every day."

Aiden guffawed at Edward's cheekiness and shook his head indulgently before shifting his focus back to his other lover.

"Remember how we met?" Matt countered.

He snickered louder than he had intended to. The memory flooded his mind.

"Oh, damn. Don't remind me. Edward strangled me. You were really strong for a three-year old, Ed," he said and shook his head in amusement.

"The two of you were scary, too. I remember feeling furious and terrified that I was going to die from being choked by two pairs of hands," Edward retorted.

Aiden stretched out both hands to grab Edward's one hand while Matt held on to the other one. He smiled like a love-sick idiot when he noticed the three of them were looking at one another like foolish morons complete with shining heart-eyes. All right, the "heart-eyes" was an exaggeration, but they were truly and deeply in love. There was no denying that and he didn't want to.

He had only released Edward's hand when their drinks were placed onto the table. He lifted his wine glass when the server had left to see to their food. He waited for them to do the same before toasting them.

"Thank you, Matt and Ed, for the wonderful five years that we've had."

"Thank you, babes, and I cannot wait to spend the next five years and more with both of you," Matt added.

"I feel the same as the two of you. I don't say it often enough, but I love you both, and I am grateful that I have you both as my lovers."

They sipped their wine.

"Whew, I need to relax more often. Work is driving me crazy. Today ..." Aiden began, but he stopped himself when he realized what he was doing. "Sorry, babes. I shouldn't talk about work tonight."

"No, Aiden. Go on. We are more than just your lovers, babe. Listening to you grumbling and venting like an old man is always fun," Matt teased him and he couldn't stop the startled laughter bubbling out of him.

"Well, if you're sure about that ..." He shrugged his shoulders. "I discovered this morning that the finance department had made a mess of everything. Their calculations for the probable cost of an upcoming project were wrong. Now our projected cost is off. Granted it's not a huge amount, but it still bugs the shit out of me. My dad has been hounding my ass the entire afternoon because of that damn project. And I have to meet with the suppliers tomorrow because they requested a price increase on some of the items for the project."

"It's not your fault though. The finance department…"

"Ed, I am this close to exploding from the frustrations precisely because it is partially my fault. I didn't pay enough attention to it during the vetting process a while back. It's a moot point now, though. The mistakes are there and we have to correct the numbers. I'm only thankful that we have caught the errors before we incurred any losses from them. Unfortunately, we didn't get to finish the corrections on time earlier this afternoon and I couldn't stay any longer in the office without cancelling our dinner plans. I already reminded the finance department to submit the corrected version on my desk by nine o'clock tomorrow morning."

"Don't be so tough on yourself, Aiden. I am sure that the finance staff will be able to give you the revised cost by tomorrow morning well before your meeting with the suppliers," Matt easily assured him.

He nodded his head. Talking about it might not resolve anything, but it made him feel so much better.

"Take things easy, babe. Too much stress can result in limp dicks. You know damn well how I feel about those," Edward sort of quoted their text message conversation of earlier.

He burst out laughing and shook his head once again. He was much more relaxed now, though. This was not the first time he was truly grateful to have both Matt and Edward in his life. Even though Matt could be easily annoyed and was stubborn to a fault, he was much more even-tempered compared to Edward and him. On the other hand, Edward might be emotionally stunted and had a fiery, aggressive temper, but his lover never failed to tease him until he was torn between snapping in annoyance and roaring out in amused laughter. He lifted his wine glass and took another sip.

"Thank you for that, guys. I really needed it." 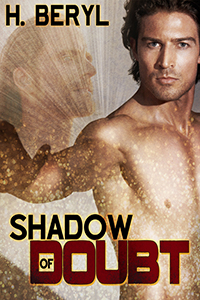 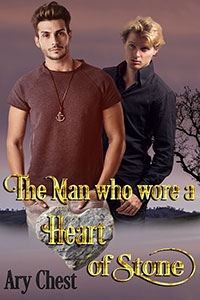 The Man Who Wore a Heart of Stone
Ary Chest
In Shelf
$4.99