Filthy Rich and Taken (Dominated by the Bad Boy Billionaire)

Cute and spoiled, Emaline Black has never worked for a thing in her entire life. As the sole heiress to a crooked investment empire, she’s never had chores, never had to study and never had to try... until she meets Drake James.

Drake, the mysterious billionaire who seems to own half the Bahamas, wants to become an American citizen, but for that, he needs an American wife.

When Drake first lays eyes on Emmie, he knows he’ll never be satisfied with anyone else. She sets his heart on fire, but will his dark past be too much? Or will she fall for the roguish tycoon with the blazing blue eyes who wants nothing less than her utter submission? 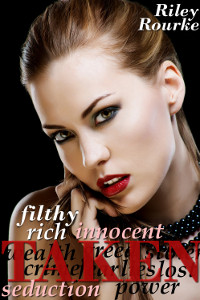 Filthy Rich and Taken (Dominated by the Bad Boy Billionaire)

“You can’t...” I stuttered. “This won’t ever work, we’ll get caught. Someone will tell and then you’ll be thrown in prison and—”

“If that happens – and it won’t – but if it does, you’ll be protected. If you sign this contract, part of it is just that.” He brushed his stubble against the inside of my arm, near my elbow, and then cupped my face in his hands, forcing me to stare into his ocean blue eyes.

“What do you mean?” I slid down the chair just a little bit more.

Drake bit my wrist, then my neck, gently. When he sucked my earlobe between his teeth and then my neck, I let my head fall back against the chair and breathed his scent, trying to somehow keep myself from falling into a trap. But then again, it was a trap I wasn’t entirely sure I wanted to avoid.

“If something happens to me, there’s a clause in the contract that says all the documents will be released – including the contract. I’ll be sent to prison for probably the rest of my natural life for what I’m doing right now, but you’ll be fine.”

“Why... oh God that feels so good,” I breathed as he slid my knees apart and pushed up my skirt.

“Why what?” Drake kissed my neck, then my chin, then unbuttoned two of my collar buttons and kissed me there, too. “Why am I doing this?”

I tried to speak, but instead I just nodded and let an incoherent moan of pleasure escape my lips.

He chuckled softly. “I’m doing it because I fell in love with you the moment I saw you on that plane. That’s why I did all that, why I risked a trip to the States, to your father’s house. I had to see you, had to make sure.” 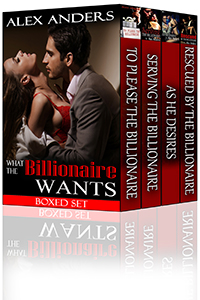