You’ll die in three minutes without oxygen, three hours without shelter, three days without water and three weeks without food. But could you live a lifetime with a broken heart? Mercy Evans has come to Evans Point hoping to collect herself and find a way to resurrect her career as an anchorwoman for Cheyenne’s news station. Sergeant Justin Redway has come to Evans Point to try to forget his past and survive all he’s done. One is a battle-damaged veteran, the other a desperate woman who will go to any extreme to get his story. When their worlds collide, sparks fly and old wounds open. As the chasm between the fated lovers widens, it might be too big to cross. One town, two lovers, and a second chance at finding mercy.

"I love this book! *Note: I have a slight obsession with “Prepping” and combine that with a sexy romance, and I’m one happy girl

Set among the backdrop of a beautiful and remote Wyoming town, this romance has so many intriguing elements: a war hero, a troubled newscaster, and a community of Doomsday preppers.

At the heart of the story is Justin and Mercy’s romance. Their undeniable chemistry leads them to a no-strings-attached relationship; though they quickly realize they mean much more to each other. Their story of sacrifice, love, and redemption is multi-layered, emotional and well-written. Each incredibly strong in their own way, Justin and Mercy must make difficult choices and sacrifices in order to be together, find peace, and become who they truly want to be.

Fingers pressed against his throat, feeling for a pulse.

“This one’s alive.” Someone hoisted the weight of a large chunk of wreckage from his torso. Two sets of hands slid under him. “On the count of three. One. Two. Three.”

They moved in unison, rolling him onto a stretcher.

“No,” he begged. He wasn’t alive. This couldn’t be real. Another protest gurgled from his throat and he began to convulse, unable to hold his limbs still.

“Hold him down so I can sedate him.” Hands grasped his wounded limbs. Bone cracked and shifted under their grip. He tried to arch up, but remained restrained by several soldiers. He yelled and thrashed. They grabbed both sides of his face, holding him still.

Justin screamed. The sound was so inhuman; if he hadn’t been the one who’d made it, he wouldn’t have believed it came from a man. A stick with a needle. Burning.

As the seizure eased, they released their hold. He turned his head toward the medic who’d drugged him. The man blurred in and out. Justin’s vision came back into focus as a burned picture of a woman and baby caught the breeze and tumbled across the baked earth next to where the medic kneeled. Justin swallowed and his eyes blurred with tears. Sanders hadn’t even gotten to hold his daughter.

Let me die. Please. Let me die. Pain rode his nerves like an electrical wire, sending jolts of agony to the tips of his fingers and toes. He opened his mouth, but nothing came from his throat. Boom, boom, boom. His heartbeat slowed as the sedative did its job.

“Get him on the chopper.”

Regardless the drug, every step the medics took hurt as they hauled him toward reprieve. Broken bones, burns, but nothing compared to what played through his head. He’d killed them all and survived to see his handiwork. Nothing could be worse than that. 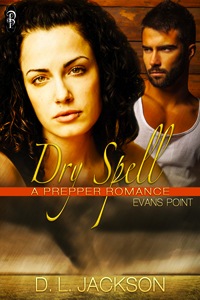 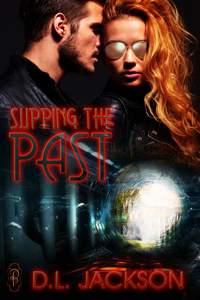 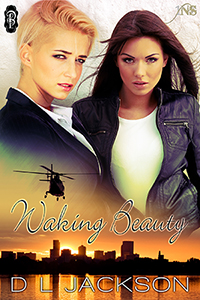