Tea company owner Tate Blackwood isn’t just in search of the perfect persimmon-flavored tea; he’s also looking for a good time. Many one-night stands are his thing. There’s no way he’ll have a boyfriend, or fall in love with another man.

Enter Paul Persimmon, the green-eyed owner of a little bookshop in downtown Channing, Pennsylvania. Tate thinks the man is honest, warm-hearted, and uninhibited. When Tate enters the bookshop, his life takes a quick turn. Although Persimmon insists on a date with Tate, Tate thinks another one-night stand will happen.

Is Tate too set in his ways to settle down with one man, though? Can he reach for love after finding Persimmon? Or is his relationship more about being best buds with Persimmon? Only time and persimmon tea will provide the answers to his steeping questions. 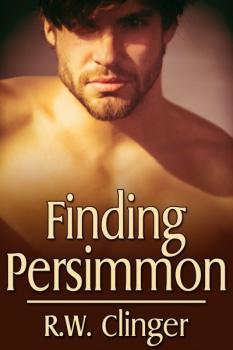 Paul Persimmon made an appearance in Tate's office. The handsome blond smiled. "Hope I'm not bothering you."

Nervous, his voice cracking, Persimmon cleared his throat and said, "You left your credit card at my store." He pushed a hand inside the right, front pocket of his khaki-colored shorts and pulled the sleeve of plastic out.

Having the credit card presented to Tate, he realized that Persimmon purposely grazed his index finger against one of Tate's. Their eyes locked and he watched the visitor share a broad smile. Following the moment between them, Tate said, "You're quite forward. Are you a single man?"

"At the moment I am. Some asshole ditched me a week ago. We met at a Pride party. One of our mutual friends threw a nice bash around Father's Day. The guy and I talked for an hour, made out for two hours, and fucked around for the next few weeks. What I didn't know during that time? Mr. Asshole had a boyfriend of three years; a big shot lawyer who represented me once over not paying a slew of parking tickets. When Asshole knew that I had learned his secret, he dumped me. Shit flies in the world of dating, right? It's not easy trying to find the man of your dreams, and falling in love." Persimmon cleared his throat again. "Tell me how a guy in your position can be single."

"Position?" Tate questioned. "What do you mean by that?"

"You drive a topless Mercedes, you have a flourishing business, and everyone knows where you live in this city, which isn't a shithole. Plus, your checkbook isn't hurting."

Tate heartily laughed. "You've obviously done your homework on me."

"You make it sound creepy, Tate. I'm honestly not that kind of guy."

"What kind of guy are you then?"

Tate listened to guy clear his throat a third time and judged Persimmon as quite nervous during his short visit to Steeping Tea Company. Then he listened to his new friend say rather forwardly, and courageously, "I'm the type of guy who would like to ask you out on a date. Something simple, sweet, and romantic. Nothing with shock or horror. What do you say?"

Again, Tate studied the guy's chest: not over-the-top big, but manageable, succulent looking nipples and strong shoulders. "Try me, man. But I can't promise you anything."

"Tate. Let's be less formal. Call me Tate. I hate to be called Mr. Blackwood. It makes me sound old and dead."

Paul raised his head, stood strongly with a sharp back, and started again. "Tate Blackwood, would you consider going out on a date with me?"

Tate chuckled, shaking his head. "Absolutely not. I wouldn't dream of it."

"Why not?" Paul was obviously taken aback, deflated. He acted as if he were slugged in the gut, stepping backwards.

"Because I don't do dates. It's a simple line I never cross. A standard."

"Then what do you do if you don't date men?"

Unyieldingly, without a waver in his tone, he told Persimmon, "Don't be offended when I say this, but I do one-night stands. Nothing more. I decided a long time ago that dating isn't for me."

Persimmon scratched his right cheek. "So, that would make you a player, right?

"I like to call myself noncommittal company on a one-night basis."

Persimmon laughed, tilting his head back. "That's hysterical. Now, tell me you're kidding. Tell me this is all a big joke."

Goddamn, the guy is cute, Tate thought. And easy to talk to. I could do the naughtiest things to his bottom, but only if he would let me.

Sure as Shooting (MMF)
Karen Mercury
In Shelf
$6.50