Sasha Reed is a stressed out best-selling romance author who hasn’t written a usable word in months. So when a gorgeous stranger hits on her, she goes for it. After all, she’ll never see him again. Only she does, months later, when she accepts her agent’s offer to summer in her family’s cottage just outside Belfast, Maine.

Reid Davis, local bookstore owner and town’s most eligible bachelor, seems keen to restart their romance and Sasha’s game. The heat is still there and they fall straight into one another’s arms. Then Sasha makes a startling discovery…she’s pregnant and the only candidate for father is Reid.

It might be hormones but Sasha finds herself falling in love. She’s terrified to say the wrong thing and lose Reid but she’s also worried about doing the right thing for herself and her baby. What could go wrong? 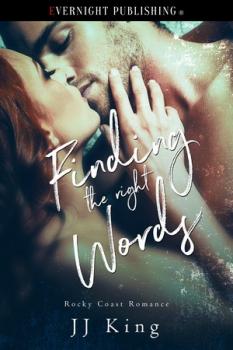 “You should see it from my bedroom window.” The words were out of her mouth before she even realized the double entendre in them. Heat exploded in her chest and worked its way up her face, burning her cheeks. She stared down at the vase on the counter in front of her and poked at the tulips, praying Reid would disappear.
She heard him approach, his breath and hers the only sound in the house. Her entire body felt as if it was on fire from sheer mortification, then he was behind her, his body close but not touching her. She closed her eyes and didn’t move, aware of every inch of him. His hand reached past her body and slid over her skin, his fingers intertwining with hers. She breathed in through her nose, trying not to gasp with the pleasure his simple touch spread through her, and took in his scent. She couldn’t pinpoint it, couldn’t name the cologne or shampoo, but whatever it was, it made the fire in her body turn from mortification to sexual awareness in a second flat.
Sasha leaned back an inch and connected with his chest. He was warm, and hard, and at least half a head taller than her, even with her shoes on. She rested her head back on his shoulder and pulled her head to the side, giving him access to her neck. If he was actually a vampire, she would be seriously fucked right now.
His mouth brushed along the curve of her neck, eliciting a soft moan from her lips. Sasha’s schoolteacher brain tried to tell her that this was happening too quickly, that she should stop it now while she still could, but her body was shutting down the logical part of her brain. Normally, she would never skip the dating portion of a relationship, since the build-up to sex was so delicious, and she figured jumping into bed didn’t lead to successful relationships, but what was the point here? They had already slept together and she would only be around for a few months. They were both adults and, besides, sex was healthy.
Sasha whirled around in his arms and caught his mouth with hers. His taste hadn’t changed at all. It was exactly as she remembered it, as she had dreamed about whenever she’d needed sexual release.
He had a clever way with kisses, a sort of shared breathing that made the experience feel more intimate, more fun, and definitely more alluring. She hadn’t had this much fun making out since she was a teenager hiding behind the grocery store during breaks with Daniel Ramos. Back then she’d been inexperienced in everything, so kissing was the height of her sexual exploration. Maybe a little hands over shirts, too, and one time under her shirt.
“I want to fuck you.” His words came out in a growl that set her entire body on fire.