Ryan Phillips, a speech and language pathologist in the physical rehabilitation unit of a major university hospital, has recently been wounded by the ending of a relationship. He is called in to treat a patient suffering from a traumatic brain injury. In the course of his treatments, he begins to have feelings for the man.

But is he ready to be healed, and will the patient heal enough to be able to return the love growing between them? Can he find the words to express it?

Ryan tried once more to formulate a plan for letting Andre know they played for the same team: that he was gay and knew Andre was, too. He wondered, though, what Andre’s reaction would be.

I don’t know what kind of man he’s attracted to. Maybe if I come out to him he wouldn’t be interested at all. Well, so what. I’ve been turned down for a hook-up before. I survived.

The word ‘hook-up’ seemed to leap out at him. Then, with insight that sometimes comes out of the blue, Ryan realized why he was so reticent to come out to Andre. It had more to do with his growing affection for the man than anything else. If he let Andre know he was gay there could be certain expectations on Andre’s part. Especially since Andre was new to this. Ryan now realized he couldn’t just have casual sex with him. If he was to have sex with him, it would be because he had deeper feelings. It would be because he was willing to let a relationship grow and establish itself. And he knew, right at that moment, he was still too afraid; afraid of repeating the hurts of the past.

No, it would be easier and better for Andre, who was still a beginner in the game of man to man love, if he didn’t know Ryan shared his orientation. That way if Ryan found he couldn’t offer this wonderful man more than a quick tryst in bed; he couldn’t be or wouldn’t be in a position to hurt him. And he knew hurting him in any way was not going to be an option. With that understanding, Ryan drifted off into a restless sleep. 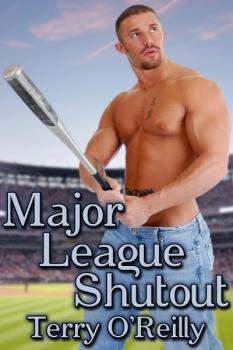 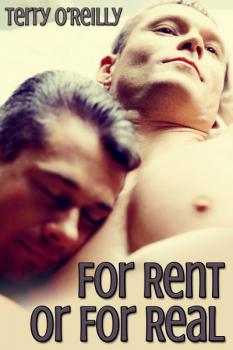 For Rent or For Real (MM)
Terry O'Reilly
In Shelf
$4.99
Tweets by
sirenbookstrand