Flames! A wall of flame! A torrent of reds, oranges and blues...screaming! Loud! Deafening! Earsplitting! The firestorm was preparing to consume her little cottage!

"Move now!" He leapt through what had been the front window. Grabbing her by the arm he literally pulled her through her shattering home towards the door. It was too late. The flames were consuming her kitchen in the back. Annabel screamed like a terrified little girl. She wasn't! She had never been! Didn't want to be now, but...the flames were going to take her. The thunderous burning beast was suddenly everywhere. This was it. She was going to burn to death. 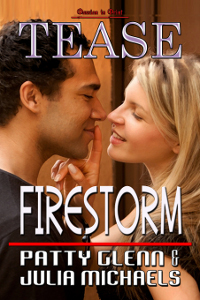 Annabel Johnstone had just graduated at the head of her class from her very exclusive New England prep school. As a reward for her efforts, her daddy granted her the one wish that she was sure would shape her future. As long as she could remember, she had wanted to move to Southern California and try her wings at an acting career. She had the looks and grooming that she felt she needed to be successful and, with her daddy's support, she was bound to become a starlet. She had done well starring in school plays and recitals. She had no fear of public speaking and was confident about her looks and speech. She had worked on a variety of accents and could easily sound like a California valley girl or a sophisticated English maiden.

For her graduation, her beloved daddy had given her a cute little yellow Porsche convertible. It had been a hit at prep school and all of her friends liked to be seen cruising in it. The car was so cute and brightly colored that it simply had to have a name. When the time came to move to California, she packed her little 'Gumdrop' with all the things she thought she'd need for an extended vacation. It really looked like a big gumdrop so the name fit. The rest of her things could be shipped after she found a place to live. She figured that she had everything she needed and if she needed anything else, Daddy's credit card would buy it until she was settled in the exciting, far away land of Southern California.

Her trip across the country was so interesting and exciting that she barely even realized she was alone with only Gumdrop to talk to. She took a week to get to her new home, taking pictures and finding motels with swimming pools along the way. She wanted to be tan and healthy looking for her attack on Hollywood.

Daddy had arranged an unlimited stay for her at the Hollywood Hills Suites on Vista del Mar Avenue in the heart of Hollywood until she found a place of her own. California was all that she had hoped for: wonderful weather, beautiful ocean settings, theatres and movie studios, and beautiful people everywhere. She explored the nightlife, flirted with actor wanna-bes, and visited the important people that Daddy had arranged for her to meet.

Now she wanted to find a comfy nest to call her own. She was tired of living in a place that she couldn't decorate to suit her own tastes. She was eager to find a place in the mountains with a view of the city.

One call to a realtor that Daddy had arranged for and Annabel was engulfed with wonderful decisions about the houses and the views that she could buy. Every morning the agent would pick her up at her hotel and drive to four or five places that he had picked out for her to visit. There were a lot of gaudy houses with heart shaped bathtubs, or waterfalls in the living room, or sky-lights in the master bedroom. But nothing felt just right. She began to feel like Goldilocks--this one was too hot, or this one was too cold, or this one was too hard, or this one was too soft. Nothing seemed to feel just right. After a week of daily visits, an exhausted Annabel settled on a cozy little house surrounded by trees with a big patio in front that gave her a stunning view of the California she was learning to love.

Annabel had been awed by the beautiful flowers, towering palm trees, and effervescent green shrubs that seemed to upholster this fantasy world. Today the city of Los Angeles supported millions of proud Californians. With the advent of the silent film era and the explosion of the aviation industry during the war, the city had literally sprung up almost overnight, trapping much of the local wildlife in pockets of green space.

She was accustomed to vigorously growing landscaping, but the plants here were entirely different from those in New England. Here beautiful flowering plants prospered in the desert because they were fed by sprinklers and drip systems. Bright green unfamiliar plants bumped shoulders with a variety of native undergrowth. The wonderful landscaping around her little house made her feel sheltered and secure. The soft, warm weather let her leave her windows open and cool evening breezes wafted through her bedroom gently lulling her to sleep every night. This truly was paradise.

She hadn't realized that the entire city was constructed on a desert without a natural harbor or seaport. And the only river was a concrete one constructed in the latter half of the twentieth century to bring water south from Northern California.

The realtor was eager to compliment the various properties, their landscaping, and the wonderful California weather. But he had failed to mention Southern California's Firestorm Season. Fire. Hot. Unbelievable. Unbearable. Burning. Blistering.

Annabel was a virgin to this terror and in fact, had never even heard the term before it leapt out at her from a news broadcast on her television. She was sure that this was wildly exaggerated. They were just trying to make news out of nothing. 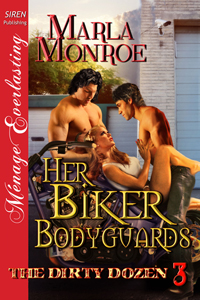