After being kicked out of the Chicago condo where he and his boyfriend have lived together for over three years, Scott Parsons is forced to move back to the suburbs with his widowed mother because he's too broke to pay for a place of his own. Angry and humiliated over being dumped and kicked out, Scott tries to make the best of a bad situation by vowing to save enough money from his low-paying job so he can leave his mother's house and get a place of his own.

His mother welcomes Scott back with open arms, but reveals she was secretly married her boyfriend during a trip to Las Vegas a month prior. Scott is surprised by his mother's news and even more surprised when he meets his handsome new stepbrother, Alex.

Alex, a Stanford grad, has been living and working in LA, but returns to Chicago to pursue an MBA at the University of Chicago while working for a high-powered accounting firm. Scott and Alex initially butt heads, but soon discover there's more to like than dislike about each other.

The first time Alex makes a pass at Scott, he ignores it. But when Alex makes a second attempt, Scott decides to take him up on his offer and the two start a relationship. Even though Scott knows getting intimately involved with Alex is a bad idea, he also knows that sometimes a bad idea is just too good to ignore. 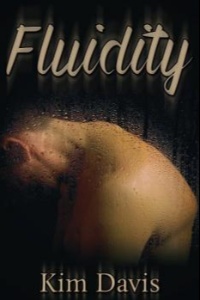 I'd already had one drink and was nursing my second when Alex finally showed up. He'd sent a text earlier telling me he was running late due to some last-minute situation at work.

"I see you started without me," he said, noticing the drink in my hand.

I told him about my week of problems, beginning with the parking ticket on Monday and ending with Thursday's argument with my mother.

"I'm glad I invited you out for a drink then," he said. "It sounds like you need one."

"I need more than one. This is my second and I'm sure there will be a third and a fourth also."

Alex and I talked about work, his rather grueling MBA classes, and the world at large before moving on to more personal topics.

"So, how are things on the dating scene?" he asked. "Have you met anyone yet?"

"No, but I haven't exactly been trying either."

"Why not? Don't tell me you're still pining for your old boyfriend."

"I'm not." That wasn't actually true. I was still pining for Chris, but the feeling was fading daily. I didn't fixate on him or depress myself thinking about our breakup as often as I used to. But I still held onto a flicker of hope that we'd get back together, although that flame was growing dimmer with each passing day.

"Can I ask you a personal question?" Alex said, bringing me back to the conversation at hand.

He took a sip from his drink before looking at me and asking, "What do you like to do with another man?"

The bluntness of his response surprised me a little. Did he really expect me to tell him what I liked to do in bed? And why did he want to know in the first place? Was he preparing to make me an offer?

"Wow," I said. "You weren't joking when you said your question would be personal."

"Curious about what? My sex life or gay sex in general?"

He grinned. "All of the above."

I had two options. Either I could shut Alex's invasive line of questioning down and change the subject or I could tell him exactly what he wanted to know. While the first option made the most sense and was surely the most rational, I chose door number two instead. If I hadn't been drinking and had such a shitty week, I probably would have clammed up, but I was in the mood to loosen my tongue a little that night. Plus, I wasn't ashamed or embarrassed about my sex life. I was a gay man who had sex with other men and enjoyed it and I didn't see any reason to deny those facts or censor myself. Straight men (and women) talked about their sex lives all the time with no shame. Why should a gay man or woman be any different?

"Well, oral sex is high on my list of favorites."

"Receiver, although I have been known to give on occasion."

"I enjoy having it done to me, but I'm not a fan of doing it to others. I have to know a man pretty well before I go down that road with him."

"Did you go down that road with your ex?"

"I went down a lot of roads with my ex."

"He did. It drove him crazy." It did. Chris loved having his ass eaten but he enjoyed sticking his face between the cheeks of my ass even more. He often told me I had a great ass for fucking and eating.

Alex chuckled and moved his chair closer to my own. "What's it like to have a man's tongue in your ass?"

"It's wonderful. You should try it sometime."

He smiled at me then and put his hand on my thigh, a move that shocked me, but didn't freak me out enough to pull away from his touch.

"I'm not surprised you get down like that," he said. "I could tell when I met you that you were a little dirty. And ..."

He leaned so close to me that I thought for a moment that he was going to try and kiss me. But he didn't. He softly said, "And I like it."