Christmas in Freewill Christmas Eve, the Diamond Saloon is empty of its people, and Pearl la Monte has a hankering to retire early. A pounding at the door rids her of such a fool notion. Her irritation rises when she sees the prissy, polite-like Garrett standing outside. Ethan Garrett has a powerful need to gain succor. When the saloon’s voluptuous redheaded singer scowls at him from the threshold of the Diamond, he doesn’t stop to think on how his ire at her has disappeared. Or how he just wants to spend some time in her company. When a blizzard storms in, trapping them, will they spend their time arguing or discover their irritation disguises something more? 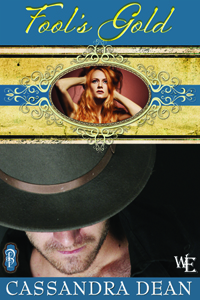 Turning on her heel, she marched off toward the stairs.

A weird kind of panic jolted through him, one he’d never felt before in all his days. It was…he didn’t…. She couldn’t leave him. “Where are you going?”

She whirled to face him, her irritation plain. “I was seeking my bed before your arrival, and now I’m seeking it again. Help yourself to whiskey this one time. I got better things to do.”

Shoving to his feet, he strode to her. “Don’t just walk away when we’re discussing things.”

“We ain’t discussing nothing. You’ll be down here, waiting out the blizzard. I’ll be in my bed, doing what I was gonna before you arrived. That’s the end of it.” Taking a step, she made to leave him. Again.

He grabbed her arm. “Don’t leave me.”

“Don’t tell me what to do.” Glaring at him, she stood before the bar, her magnificent hair slipping from its pins, her breasts rising and falling.

Abruptly, his mouth went dry. Clearing his throat some, he said, “You’re supposed to offer succor to those in need.”

“We’re closed, remember?” Paint-less lips pressed tight together, she glared up at him, and they were so close he could see the faint marks of freckles on her skin.

A kind of haze came over him, tightening his skin and bringing with it something powerful and completely unstoppable. All the years he’d known her crashed through him, all the times she’d flirted with him and meant something else, all the times he’d seen her perform on stage and wished he could have held such fire.

Grabbing her upper arms, he hauled her against him, and ignoring her shocked gasp, he covered her mouth with his.