Tom Weber has always been gay, and while he might be short, he’s the ultimate leather daddy who takes no guff from anyone. Jack Jackson is a big man who’s never doubted he was straight. In fact, he loves women so much, he’s married three of them. At different times, of course.

However, in spite of their diverse sexual orientations, in spite of time and distance that has separated them over the years, the two men are best friends. Now, that friendship will be tested, as Tom, having become intrigued enough to want to try bottoming, makes a request of his friend, and Jack agrees to fulfill it.

After Tom gets what he wants, will Jack let their relationship go back to being just friends? Or will the two decide to forge something new and go from friends to lovers? 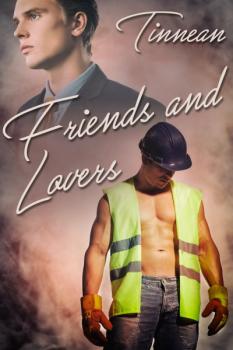 It was after six by the time Tom got home.

Tired, grungy, and hungry, he inserted his key in the lock.

"Yoo hoo! Mr, Weber!" It was Mrs. Wiggins. "You really should leave a spare key with me, dear."

"Oh?" He made his expression mildly inquiring.

"I could have let your cousin in. He was here earlier, but you must have forgotten to give him a key."

"How remiss of me." His smile was tight. "I'd see about correcting that, of course, but I regret to say that Cousin Jack won't be staying with me any longer."

"He won't? I'm so sorry to hear that. Such a well-mannered young man."

Meaning I'm not? He was tempted to snap at her, but all he wanted was a shower, a drink, and dinner, and in any order in which they were available.

"Yes, well, he changed his plans."

"That wasn't the impression I got."

"Excuse me?" Was the witch being arch?

"The way you two were coming and going over the weekend ... I couldn't help but notice all the little chores he did around the house. And your yard? My, my, my! Your lawn and flower beds have never looked so good. I'll have to look to my laurels, I'm sure." She was being arch. "It certainly seemed to me as if he were ready to settle in. Are you sure he isn't? He was here only a short time ago, after all."

For a second, Tom couldn't catch his breath. "How long ago?"

"Oh, I'd say about forty-five minutes, perhaps an hour. When I told him you weren't home yet, he said something about having to run some errands."

Tom relaxed. Jack had probably used that as an excuse to escape the nosy woman. For whatever reason Jack had dropped by, he wasn't likely to be back. His first ex-wife belonged to a church group sponsored by Jack's daddy, and they met to spend Monday evenings on their knees, and not in the fun way. They'd be praying for those who weren't fortunate enough as to believe in their God, belong to their congregation.

Jack had his kids for those few hours, and he'd never let anything interfere with his seeing them.

"Well, I'd like to stay and chat, Mrs. Wiggins, but it's been a long day. Good evening."

Tom shut the door, with its newly caulked window, tossed his keys on the kitchen counter, where the faucet no longer dripped, and stalked to the bedroom. He came to a halt in the doorway. The room was still a wreck, and he was positive if he inhaled deeply enough he'd be able to smell the scent of their lo -- fucking.

With savage movements, he tore the sheets off the mattress, stripped the pillows bare, and remade the bed.

While the sheets and pillow cases were in the washer on the sun porch, he poured himself two fingers of Jack Daniels, knocked it back, and grimaced as it seared its way down his throat.

He slammed the glass down on the counter and went to check the fridge.

The proverbial cupboard was bare. "This is your fault too, Jackson," he snarled. They'd intended to go shopping to stock up the larder, but Jack had gazed at him with slumberous eyes, licked his lips, and they'd wound up in bed again. Afterwards, they'd ordered Chinese take-out, and there had been no leftovers. "I'm dead beat, and now I have to go out to eat."

His stomach rumbled, as if wistful at the thought of food. "All right, goddammit. I'm talking you out for dinner."

He showered, shaved, and brushed his teeth. If he had to go out, he might as well find himself a piece of ass and screw the owner of said ass into tomorrow as well.

He was coming out of the bathroom, a towel wrapped around his waist and another catching the last stray drops of water from his hair, when he spied the man lounging in the doorway.

"Jack!" No! he snarled at his heart, the stinking traitor, as it turned over in his chest. You will not be happy to see him! 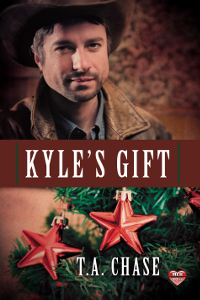 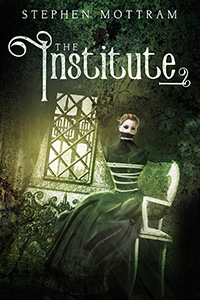