From This Day Forward (MM)

Follow-up story to ’Til Death Do Us Part

Henry and Sam Miller-Greene are enjoying life in the summer after Henry’s rescue from a small South Pacific island, where Henry and three others were marooned for five years.

Henry and Sam thought adopting Aiden -- the child with whom Henry had been stranded -- would be smooth sailing. Matters are complicated by the public nature of their rescue that has turned the survivors into overnight celebrities. Anti-gay-fueled animus rears its ugly head in the blogosphere, causing concerns over the impact libelous rumors might have on Aiden.

With their nightmare separation behind them, Henry and Sam are anxious to renew both the intensity of their former intimacies -- now hampered by having a curious and still apprehensive child sharing their home -- and their commitment to one another. Will they be able to move their love forward now that they are together again?

From This Day Forward (MM)

“As I recall,” said Randall with a teasing tone, “you were never favorably disposed toward the idea of having children before this.”

I grinned widely. “I know. I was barely starting to come around to the idea before the crash, but it took me only a week of bonding with Aiden before I knew I’d miss him terribly when we were rescued. Of course, at that time, we were still expecting rescue to be imminent. I wasn’t thinking in terms of adopting him yet.”

Aiden had been approximately ten months old when the plane had gone down. He’d been thrust into my arms while I was escaping through a wing exit door as the plane quickly sank. He’d been orphaned, and we hadn’t even known his name.

“How’s that going -- the adoption process?”

“Fine, I guess. First time and all, so I don’t know what to expect, but Sam had a lawyer on the case before I’d even made it to Hawaii.”

I smiled at my husband. Sam had really come through for me. He hadn’t even known at that time if we’d end up together -- considering all we’d each gone through in the five years leading up to my rescue -- but he hadn’t hesitated to jump in and initiate the custody paperwork.

“The birth family isn’t contesting, right? But they’ll get to visit with him?”

I wasn’t surprised that Randall knew so much about our personal business. I’d been forced to accept that the story of our rescue, and the five years on that island, had become the human interest story of the year. Nothing related to that drama -- not even the facts Randall had just mentioned -- were as private as they would otherwise have been.

Sam replied, “Yeah, that’s actually moving much faster than we’d expected.” We’d been back only a little more than two weeks, but it was such a high-profile case, everything was moving along swiftly. Space magically appeared on appointment calendars for attorneys, child psychologists, and physicians.

“Aiden, as you can see” -- I gestured with my head toward the group of children, where he was in the thick of it, running and laughing -- “isn’t exactly timid. We had a Skype appointment set up to meet his extended family just over a week ago. Once his initial fears about being taken away from me were eased, he started asking when he’d meet them in person.”

“So you’ve already done that? Met the fam’?”

I nodded. “Just a couple days after the Skype session. They called back the next day, all antsy to meet him, too, so we set it up.”

“That’s great,” said Randall. “You get along all right with them, then?”

“Aiden’s bonded pretty well with his grandparents and really loved playing with his cousins.”

Aiden tore across the lawn toward us and ran up to Sam, panting. “Dad, what’s a ‘doofus’?”

Sam winced. “I’m afraid it’s an insult. Don’t worry about it. You’re not one.”

Damn it. I knew kids would be kids, and I knew Aiden was bound to be a target since he was completely unaware of the typical dynamic of children interacting with one another. I hated to see it, but on the overall scale of insults, at least “doofus” didn’t rate particularly high.

Randall squinted at the children in the distance. “It wasn’t Zachary who called you that, was it?”

Aiden shook his head. “That’s the kid with orange hair like yours, right?”

“Uh, yeah.” Randall grimaced a bit, probably at having his auburn hair described as “orange.” I stifled a snicker, apparently not particularly well, since Randall directed a mild side-eye smirk at me.

“No, nobody called me a doofus. Some girl called Zachary a doofus. He told me she was a doody-head, but he didn’t call her one, he just told me it.” Aiden turned back to Sam. “Also, what’s a doody-head?”

Was it wrong that I was relieved Aiden was directing these questions at Sam and not me? How do children somehow know which parent to go to for different issues? Sam handled it without losing any of his composure, as if it was the kind of question he was used to handling every day -- although considering some of the students that went through the intro classes at the university, that might not be too far-fetched of a supposition. 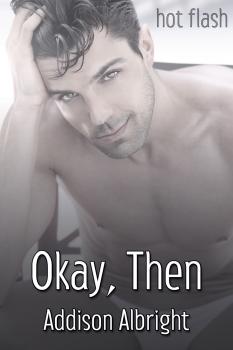