Aaron’s transgressions with an Indian brave, as depicted in Soaring with a Hawk, are discovered by Jonas who attempts to extort money from his eldest sibling in exchange for his silence. Aaron and Soaring Hawk turn the tables on Jonas and escape westward.

Dirk, a classmate of Zeke’s with a crush on Aaron is devastated by Aaron’s disappearance. Dirk is thrilled when Zeke acknowledges his existence and the two become friends. Zeke unloads his desperation upon losing his fiancée because of the scandal surrounding Aaron’s indiscretion. Dirk willingly lends his should for Zeke to cry on, until an untimely sexual response in the form of a hard cock pressing into Zeke’s side elicits Zeke’s rejection. In Missing Aaron Jonas shrewdly uses Dirk’s despondency and remorse to achieve sexual domination over the naïve youth. The conflicted and confused motives of the three young pioneers result in Zeke’s abrupt departure for California, leaving Dirk once again feeling forsaken; and under the sway of the malevolent Jonas.

Paradoxically Jonas’ manipulations cause him and Dirk to be exposed as Sodomites and together they flee westward. Dirk abandons the stagecoach and Jonas; then travels into San Francisco alone and on foot with a mission: Seeking Zeke. He enjoys several sexual escapades. One evening, following up on a lead as to Zeke’s whereabouts, Dirk is manhandled by a group of rail workers and about to be gang raped. He is miraculously rescued.

Meanwhile the youngest of the Frontier Brothers, Jason, fights and survives the War Between the States. Returning home he discovers the farm is in ruins and he decides that Starting Over is his best course of action so he leaves to join Zeke in California. What he doesn’t know is that Zeke and Dirk are lovers and man-to-man sex runs rampant on the winery which they own. Jonas had experienced intimacy with other soldiers during the war so he is not repulsed but enthralled by the opportunities presented by the handsome Mexican farm hands and other staff.

The arrival of a mysterious Hispanic going by the single appellation “Carlos” presents Jason with a dilemma. Is he falling out of lust and into love? The establishment of “Los Quartos Amigos” as a wine label marks a true new start for the two remaining brothers and their lovers. 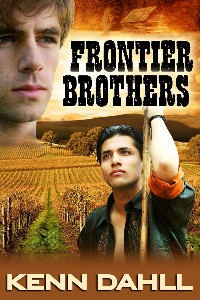 "I liked Frontier Brothers. Using a short story format and putting all the stories together in one book works well because I wasn’t left hanging waiting for the sequel... Mr. Dahll captured my attention in this book... I will read Mr. Dahll's work again in the future."

Jim didn’t hesitate. He pulled his finger from Jason’s tight hole and replaced it with the head and two inches of his stiff ten-inch rod. “Owww!” Jason tried to pull away from the intruder in his butt. Jim held the farmer boy by his muscular thighs to keep his cock nestled in the boy’s warm orifice. He did, however, cease any forward movement allowing the other young soldier’s punctured anal ring to adapt to the pain. To keep Jason interested, Jim played with the farmer’s tits and stroked his dick back to its firm nine inches, smearing the preliminary lubricating juices over the tender cockhead.

“Ahh!” Jason sighed and relaxed his sphincter’s grip on Jim’s pole. The latter interpreted that as an invitation to resume fucking and pulled his shaft out keeping only the tip inside Jason’s hot hole. When he rammed back in, the other soldier screamed, but not in pain, as a load of white cream spewed from his erect cock. The last pass of Jim’s thin ten-inch spear over his prostate lit Jason’s fuse and he exploded. Seeing his friend ejaculate and feeling the contractions on his dick sent Jim over the edge and he released volley after volley of semen into Jason’s rectum.

“Damn that felt good!” Jim exclaimed when he could breathe normally. He pulled his limp cock out of Jason’s hole and let the kid lower his legs.

“I can take of that.” Jim licked up the other soldier’s spilled seed.

The warmth and rough texture of his fellow soldier’s tongue caused the former farmer’s cock to come to attention and salute the friend providing the pleasant stimulation. “You ain’t thinking of using that monster on me are you?” Jim’s smile belied his professed concern.

“Funny, I was just thinking how nice it would feel if you upped and sat on my hard cock.” From: Starting Over 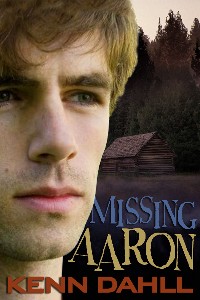 Curves for the Cage (MMF)
Zoey Thames
In Shelf
$3.99
Tweets by
sirenbookstrand