When her au pair turns out to be a sexy young man, newly separated Darcy Thomas is in for the shock—and ride—of her life.

Darcy Thomas is a newly separated mother of two. A former divorce lawyer, she decides to take on her own legal case, but with the time that will require of her, she desperately needs help with her children. Luckily, her sister owns an au pair placement agency, and she has a twenty-five-year-old named Abby who has recently arrived in the country and is ready to begin working immediately. Darcy agrees to the arrangement, trusting her sister's judgment wholeheartedly.

Darcy gets the shock of her life when Abby turns out to be a sexy male au pair from France. The spark between them is immediate and undeniable. He's sweet and gorgeous, and her kids adore him. And he makes her feel desirable…something she hasn't felt in a very long time.

Abby quickly steals her heart. But she's his employer, and he's ten years younger than her. Is she willing to risk everything—including a handsome divorce settlement and her reputation—to pursue a relationship with him?

Their budding romance is threatened when Darcy's vindictive ex becomes determined to dig up some dirt on Abby, and when he delves into Abby's past, a dark secret is uncovered. 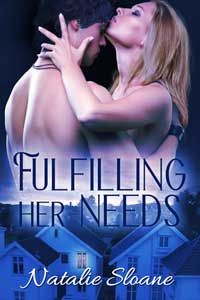 "Hi, Mrs. Thomas. I must be Abby." Abby realized his mistake and smiled. "I should say I am Abby Durand. You must be Mrs. Thomas."

"You're Abby?" the gorgeous woman asked, her eyebrows arched in disbelief.

He furrowed his brow and ran a hand through his hair. Had he arrived at the wrong house?

"I was expecting a girl named Abby. You're clearly a…a boy."

Abby chuckled softly. His name always caught North Americans off guard, but this woman was adorable nonetheless. "I'm not a boy," he corrected. "I'm a man. But if you're uncomfortable having a male au pair in your home, I can leave."

As breathtaking as she was—and as much as the thought of living in such close proximity to her appealed to him—he had no interest in working where he wasn't wanted.

He bent to pick up his duffle bag. It was all just such a pain in the ass. He'd been forced to leave his life in Paris, to break away from his past—to start fresh in an entirely new country—only to end up needing a back-up plan once again.

I'm not going down without a fight.

"I'm great with kids, I can cook, and I have a variety of other talents," Abby said. He clenched the handle of his bag. "But if my services aren't needed here, I understand."

He turned to leave. To where exactly, he wasn't sure. Clearly fate was once again not on his side.

He turned back to face the woman.

"Don't go. It's actually Ms. Thomas, but call me Darcy. I was expecting Abby to be a girl, but I do need the help, and I'm not in a position to be choosy. We'll just have to make do."

Darcy eyed her new au pair skeptically. He was far too handsome for her liking. It was like Prince Charming had walked out of a Euro Disney theme park and shown up at her door.

She was going to give it to her sister. What was Lindsay thinking sending her a man? And a stud at that. Darcy was off men. Hated them all at the moment. Didn't need or want one around the house. Abby was supposed to be a girl, not some young, muscular European hunk of a man.

He had an air about him that made her take note. Her eyes took in every detail: his thick, dark hair, his hard, square jaw covered in a couple days worth of soft scruff, eyes so green they made her melt like fondue, and that charming dimple in his right cheek. Abby's fitted black t-shirt lay flat against his abs and stretched around his bulging biceps. With the way he stood now, hands stuffed into his front pockets, he looked so confident and James Dean-cool. Though it was partially covered by his sleeve, she could even see a tattoo on the inside of his bicep. His worn jeans hugged his slim hips, and she could have sworn his pants were straining at the crotch.

Darcy couldn't help herself: she imagined what it would feel like to lie under him, to have him caress her. At that thought, she felt a surge of heat between her legs. 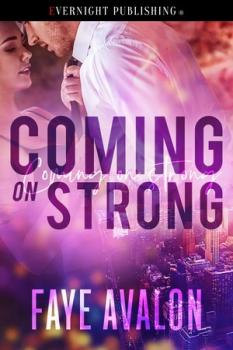