When Tarryn gets into trouble, he’s shipped off to a ranch for the summer. He thinks it’ll be a horrible experience, and it starts out that way for sure. But when a handsome cowboy walks into his life Tarryn is instantly interested. Sparks fly but Tarryn gets more than he bargained for in the bed of this cowboy. 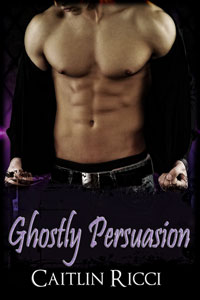 This day couldn’t possibly get any worse, Tarryn thought to himself as he stood in the middle of the small paddock with the hot Colorado summer sun beating down on his already sunburned neck. A young black stallion stood across from him, appearing nervous as he pawed at the ground while Tarryn continued to stare at him. Black as night, the stallion’s ebony coat gleamed brilliantly in the sun. It gave the horse an appearance of beauty, but even this beauty had a price, as Tarryn was quickly learning. Since dawn he had been trying to win the horse’s trust enough to get close him, but the stallion would have none of it. Teasing was his specialty, and he was a master escape artist. He’d demonstrated that many times when Tarryn had cornered him and the horse had managed to quickly move past him without so much as a pause.

“I’m not going to hurt you, boy,” he gently told him. The horse snorted as if to say “yeah right” before again moving past him in a flurry of black satin and muscle. If Tarryn hadn’t been so annoyed at him he might have been able to actually appreciate how pretty the horse actually was. Not that he’d thought about that much—well, or ever, really—before being exiled to the ranch by his overbearing mother.

“Got that horse under control yet, or is he still playing games with you?” a gruff voice called from the fence at his back.

Just great, the boss had come to see Tarryn’s complete lack of ability with his horses. Tarryn suppressed the urge to roll his eyes and forced a bright smile as he turned to face the man introduced to him as Mr. Phillips, the owner of Cornerstone Stables. “He’s being a pain in the butt,” he admitted quietly. If there was anything he hated more than work it was admitting failure, and this morning he had endured quite enough of both. But he had to be patient.

“Well, keep at it. He’ll break soon enough. Just have to keep at him,” Mr Phillips said, turning away from Tarryn as a pickup truck rumbled into the driveway. Tarryn put his attention back on the horse, hoping something would happen, that some miracle would fall out of the sky and make this horse actually behave for him for once in this miserable day.

Tarryn turned, wondering who had come up with them, and was surprised to see a true cowboy leaning against the railing watching him. There was nothing showy or fancy about him, just a pair of black jeans, a dark hat and old boots with well scuffed toes. His black brows lifted as if he was waiting for an answer, but Tarryn couldn’t form any words past the lump in his throat. Real cowboys were sexy to him, he couldn’t help it. But even though he’d lived in Colorado all his life, he’d rarely seen them. And he was hardly ever on the receiving end of any of their attention.

Mr Phillips threw an arm around the cowboy’s shoulders and slapped him on the back. “Tarryn, this is the trainer, Cody, I’ve hired to get the colts in shape and ready to sell. Cody, this is Tarryn. He’s here because he can’t stay out of trouble and his mom put up a pretty convincing case about him needing some structure. If he gives you any problems you have my, and his mom’s, permission to kick that skinny butt of his. Cody, you need anything, you come talk to me. Tarryn, I want that horse saddled within the hour. And I mean it this time. Stop letting him control you. Be the boss.”

His mouth fell open. How was he supposed to saddle the stallion when he couldn’t even get a halter on him? What kind of crap was that supposed to be? His boss turned away and headed toward the house, leaving him and Cody alone. Tarryn forced himself not to watch the cowboy, as tempting as he was, and instead put his attention back where it was supposed to go. On the stubborn horse in front of him.

“What kind of trouble?” Cody asked him.

Tarryn shrugged and started to go after the horse again. “Fights, mostly. And all with homophobic assholes. My mom knows Mr Phillips from way back. She says she called in a favor. My dad said it was either this or the military.” The stallion took off at a trot to the other side of the pen, eluding him again. Tarryn sighed and walked over there, sure the same thing was going to happen this time as well. But he didn’t know another way to get the halter in his hand onto the horse’s head.

The gate behind Tarryn opened on rusty hinges and Cody was beside him moments later. He was at least double Tarryn’s size and a good head taller as well, which wasn’t saying much since Tarryn barely weighed one-thirty and wasn’t much over five feet. “Want some help?”