Ghosts of the Riverview (MM)

Billy tries his best to keep his smile, even though he’s grieving the death of one of his closest friends, he's worried about another friend in rehab, and most Saturday nights he's stuck watching movies with his lonely lesbian roommate. To top it all off, he can't find a steady job and has a crush on a bartender named Reese, who happens to be oblivious of Billy's affections.

Now and then Billy works odd jobs for a wealthy eccentric, who has purchased the Riverview, once a popular restaurant immediately after World War II. But the business closed after a series of incidents that culminated with the unexplained death of a waiter in a freezer. Ever since, there have been reports of strange sounds and lights coming from the rundown building, and teens use the remote parking lot to fool around.

Billy leaps at the opportunity to clean out the old restaurant to show off to possible investors. It might also be a chance to get closer to Reese. Together with a small crew, he must brave a harsh winter storm to travel to the Riverview and make it presentable. But when they’re trapped in the eerie building as the snow piles up outside, strange things start to happen. Is any escape from the Ghosts of the Riverview? 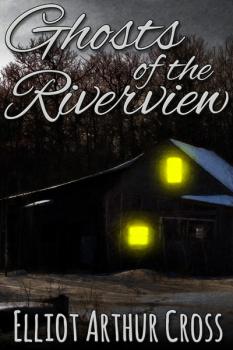 Ghosts of the Riverview (MM)

Billy watched sheets of ice flow down the river. Snow muffled their voices and the soft crunch of their feet. Billy didn't want to disturb the stillness of the scenery. He pictured the Riverview cleaned up, with dozens of cars parked in front and the smell of burgers in the air.

“It's cold,” Matthew commented. Billy took that as “hurry up and let us inside.”

Billy fished the keys from his pockets and shuffled through the snow to the padlocked entrance. He shoved the key in the whole and turned it. He opened the door, the stale air inside rushing out and said, “All right, boys and girls, let's get to it.”

Besides paint and cleaning supplies, Griffin had the fuel tank filled and the electricity turned on. Since none of them had been inside the building before, they decided to take a survey of how much work they had in store. The little group walked through the dining area, picking up chairs and avoiding rat shit, then walked upstairs to the pub and bathrooms. Billy pointed out the graffiti that had to be painted over. They returned downstairs by a back staircase that lead to the rusty kitchen. Billy noticed Quin standing by the walk-in freezer, a look of awe on her face. He knew what she was thinking.

As if to answer Billy's thoughts, Quin said, “This is where Dean Hodge froze to death.”

“And if drunk teenagers are to believed,” Reese added, “still remains.”

Keeping the door wide open, Billy took a peek inside. A few empty boxes and crates lined the shelves of the small room. He pictured a handsome nineteen year old banging on the heavy door, his skin turning blue and the breath a fog. He shuddered from the cold in the room, real or imagined, and swept everyone back into the dining area. Quin asked if they should even bother going down in the basement, but Billy reminded her Griffin wouldn't show the lower area to the investors.

The tour over, the first chore consisted of turning the heat on and replacing light bulbs in the ceiling. While the others made the restaurant habitable, Quin organized the paint supplies and started dusting.

The heat poured into the rooms slowly and with a stuffy, metallic smell.

“I think it just has to air out,” Trina said. “That stench of death will go away. Probably.”

Billy watched his breath raise slowly in front of his eyes once the lights shone from above. He calculated the best use of his team and ordered Matthew to move furniture, Trina and Quin to mop up and clean the kitchen, and Reese to work with him in the dining hall, prepping the walls. Everyone seemed pleased with their tasks and got to work.

Reese took his gloves off, and started helping Billy peel off the decaying wallpaper when they heard a squeal from the kitchen. Billy pictured a rat attacking the girls and hurried in to check it out. He pushed the swinging doors inward and found Trina and Quin with gleeful expressions.

“Absolutely nothing,” Trina said. “Look what your boss left us.” She revealed a plate of cheese and crackers, along with a bottle of wine and a note.

“What's that?” Matthew asked as he entered the room.

Billy took the dark wine in hand and asked, “What's the note say?”

“A token of my appreciation,” Quin read. “May this be the first of many meals at the new Riverview. Aw, what a sweetheart.”

“Yeah, he's great,” Matthew grumbled. “He could have gotten us a thirty rack instead of fancy shit. What is that?”

“It's amontillado,” Billy said, reading the label. “Whatever that means.”

“It's a Spanish sherry,” Reese said.

Billy uncorked the sherry and took a swig while Trina opened the cheese and cracker plate. Billy handed the bottle to Reese and watched him wrap his red lips around the end. He tipped the bottle back and took a healthy swig before handing it off to his sister. Billy felt flushed, thinking about sharing the drink with Reese. It felt almost intimate. He waited for Reese to take another drink before he asked for the bottle again. He imagined kissing Reese as he sipped the sherry, the warmth flooding through his body.

Do not think about Reese like that while you're working. I don't want to sit through a sexual harassment in the workplace video.

The amontillado drunk and the snacks eaten, Billy ordered them back to work. He carried the sherry bottle into the dining room and set it on the middle of a table, thinking it would make a good candle or something.

“That was awesome of your boss,” Reese said, swaying slightly on his feet. He tore off a chunk of wallpaper and tossed it with the rest on the floor.

“Definitely,” Billy said. He knelt down, scraping the lower portion of the wall.

They continued in silence for a few minutes, with Reese slowly working his way closer to Billy. Reese reached out with one foot and rubbed it against Billy's leg. Billy looked up and saw Reese's crotch just inches from his face.

Reese smiled down at Billy and asked, “What you thinking?”

“This place has a great view,” Billy said playfully.

Before Billy could reply, something crashed behind them.

“What was that?” Billy asked, getting to his feet.

They looked around the room, but nothing looked out of order. Billy heard something crunch on his feet, and discovered the broken sherry bottle on the ground. 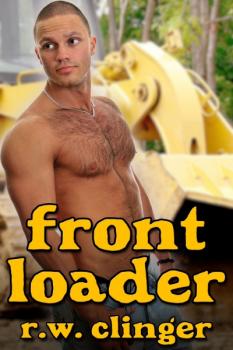